Home | Business in Action | April 17 | The City of Brantford

Just an hour’s drive southwest of Toronto along Highway 403 is Brantford, Ontario, a city that is rapidly becoming recognized as one of the key economic growth areas within the province. In addition to its proximity to Canada’s largest city, it’s also just a 90-minute drive to Buffalo and less than three hours to the Windsor-Detroit border making it an extremely envious geographic location for business trade into and out of the country.

Notable commercial, industrial and residential developments in recent years have created a tremendous buzz within the city, which as of the last census has a population of 97,500. Throughout Brantford’s history, manufacturing has formed the primary foundation of the economy and currently accounts for approximately 15% of the entire industrial base. Ferrero Canada Ltd. is a leading global chocolate and confectionary manufacturer and is the largest industrial employer in the community with about 800 full-time and 655 part-time employees.

“Historically, Brantford’s economy was very much grounded in the agricultural sector with the likes of Massey Ferguson and White Farm Equipment who in the 1980’s collectively accounted for roughly 7,000 jobs in a community of 80,000. As a result of the economic turmoil of the times, these industries ceased operations, decimating the local labour force and crippling the community’s economy” begins Finney. “Since then we’ve moved towards a diversification of our economic base to ensure our resiliency to global market conditions and minimize the potential of this happening again. An emerging sector would definitely be food manufacturing. There are about 20 companies currently in the city that employ upwards of 2,500 people. Advanced manufacturing and logistics are also clear expanding sectors.”

Strategic location to both the Canadian and U.S. markets is definitely a competitive advantage for Brantford according to Finney.  “We’re on the shortest traveled highway route between the two border points of Detroit and Buffalo. There’s also our ideal proximity to both Pearson Airport in Toronto and John C. Munro in Hamilton.”

Five interchanges along Highway 403, CN Rail service lines, and a municipal airport within the city each provide easy and efficient transportation access for goods entering and leaving the municipality. Go-Transit bus service was introduced to Brantford last fall, linking to Aldershot station through McMaster University in nearby Hamilton making the ability for business people and students to easily commute to and from other regions.

As statistical proof that Brantford is a beacon in terms of economic development the city’s unemployment rate in December of 2016 stood at just 4.7%, which was the second-lowest in Ontario and the most recent figures from the BMO Labour Market Report Card are even more impressive. “As of February we became the lowest at 4.2% unemployment,” confirms Drake.

Brantford also finished in top spot on the BMO Labour Market Report Card of the top five Canadian cities to live where houses are under $400,000.

Business retention and expansion strategies are integral to the overall economic development plan for the City and the continued effort has been paying large dividends. A strong focus is placed on family-owned companies, as these are seen as the kinds of companies for which Brantford’s community aspects will have the most appeal. Part of the overall economic development plan includes leveraging relationships with investor companies to gain introductions to their supply chain companies. A comprehensive, proactive program has been in place since 1998 with yearly targets set up for business visitations to existing companies.

“A staff member will go out to these companies and talk to them and see if there are any services we can provide. It also gives us insight to any issues they may be having. It touches on all economic sectors including  industrial, tourism, arts and culture as well as small retail establishments predominantly in the downtown core that are serviced by our  small-business resource centre within the department. Fostering and maintaining strong relationships with our partners is key”,” says Finney.

“Our success has come in working with and having strong relationships with our existing businesses and that helps in attracting new businesses to the area as well,” adds Drake.

Brantford is in an enviable position of being able to point to a number of major successes in recent years in terms of attracting new foreign direct investment and the many jobs that go with it. Ferrero Canada Ltd., GIZEH Packaging NA Inc., Mitsui High-Tec (Canada) Inc. and Wurth Industry of Canada Ltd. are just a few prime examples of success stories in recent years. In the summer of 2016, a $36-million investment was announced to expand Ferrero’s product lines and pursue new markets.  The new products, including Tic Tac 18-box of mints and Nutella & Go will be sold throughout North America.

“Our commitment to a strong local economy with global reach and presence is evident by the many international companies now calling Brantford home and the continued investment in the knowledge based economy that will define our community moving forward,” says Brantford Mayor Chris Friel.

“When we were pursuing Mitsui High-tec for their North American motor core facility we gave Kuriyama Canada a heads-up that they were looking at the community and we put their executives in touch with Mitsui’s, which gave them that comfort level of doing business with the city,” adds Finney.

Specializing in motor core parts for eco-friendly vehicles, Mitsui High-Tec is a highly regarded manufacturer in the field of precision tooling worldwide. The company produces, exports and sells IC leadframes, motor cores, precision tooling and parts in Japan and internationally, with the largest market share in the area.

Finney and Drake say there is still considerable interest permeating from the automotive sector, with the presence of Mitsui High-tec and Hematite Manufacturing as recent examples. Packaging and plastics has also been at the forefront of the emerging sectors and that’s predominantly due to the Ferrero plant with a tremendous level of packaging services required for that particular facility.

“2016 saw our second-highest year ever for building permits, topping $184 million. That was second only to 2005 but that was very much predicated on the Ferrero investment,” says Finney.

Brantford is an outstanding community for both families and businesses to put down roots. There are currently four post-secondary institutions within the community, providing the city with a vibrant and younger population base and a great opportunity for investors. The presence of higher learning centres is expected to result in a strong increase in the diversification of the local economy and higher average incomes.

The Wayne Gretzky Sports Centre, named after the greatest points-producing hockey player in history, recently underwent an extensive renovation and expansion project valued at more than $50 million, with financial contributions coming from all three levels of government.

“The Wayne Gretzky Sports Centre is an exceptional facility.  A major expansion took place in 2012. There is a four pad arena, state of the art training and fitness facilities, the Brantford & area sports hall of recognition and of course, the magnificent bronze sculpture of Gretzky and his parents in front of the facility,” says Finney.

The downtown core is also in the midst of a robust revitalization strategy. The downtown features a strong post-secondary schools presence including Laurier-Brantford, with an enrolment of 3,500 students. Furthermore, the school is building a 150,000 square foot new $66 million athletic facility in partnership with the YMCA . Liberal arts and business technology are the predominant programs at the Laurier-Brantford campus along with digital gaming and design. Conestoga College, Six Nations Polytechnic and Nipissing University also have campuses in the city.

“We completed our economic development strategy update in 2016. There are six themes that come out of that and the downtown is featured very heavily in our infrastructure and goals for the coming five to 10 years,” notes Drake. “We’re committed to seeing that continued growth and revitalization. It’s a very strong downtown.”

The downtown features the very popular Harmony Square, with a splash-pad in the summer and a skating rink in the winter and festivals year-round. Frosty Fest is on the calendar each February and there are more than 100 festivals and events in the community throughout the year, including the Brantford International Jazz Festival and Busker Fest.

A number of cultural and entertainment attractions greatly enhance the overall dynamic within Brantford including the likes of the Bell Homestead, which is a National Historic Site and where Brantford got its name as the “Telephone City” when former city resident Alexander Graham Bell invented the telephone at his father’s home. In 1876, Bell successfully completed the first long-distance telephone call, making it from Brantford to Paris, Ontario. Brant Museum and Archives, the Canadian Military Heritage Museum and the fun-for-all ages Personal Computer Museum are just a few other favourites with local people and tourists alike.

“Art, culture and heritage is one of the six pillars of the economic development strategy,” continues Drake. “Brantford is very fortunate in that we have a rich industrial history and strong heritage. We have very high-quality public art as a result of the position Brantford found itself in at the turn of the 20th Century. We also have the Grand River, which provides outdoor tourism opportunities as well. The Sanderson Centre for the Performing Arts is a full-restored 1919 vaudeville theatre.”

For outdoor enthusiasts, there are 70km of off-road cycling and hiking trails and many sports and recreational facilities. Living in Brantford provides all the wonderful amenities of a larger city while at the same time maintaining the charm and quaintness of a smaller community, resplendent in nature’s beauty.  There is also a very strong tourism working relationship with Six Nations Tourism and the County of Brant Tourism as well. “There’s definitely a strong tie between the heritage of the community, the industrial heritage and the current arts and culture offerings and the tourism potential there,” notes Drake.

From a municipal land standpoint, the City has just one remaining property left for sale, but there are various private land holdings that offer prospective and existing firms several development options. The City and the neighboring County of Brant reached an agreement for a boundary expansion as of January  1 of this year. A total gross area of 2,720 hectares has been transferred to City jurisdiction along with a total residential lands gross area of 1,980 hectares and total employment lands gross area of 740 hectares.

As a designated urban growth centre in the province’s growth plan, Brantford has specific employment and population targets to achieve.

“We find ourselves in a unique situation because of our success,” states Finney. “This new agreement will allow the City to hit those targets and that’s built out to the year 2041 by which time the population is expected to grow to about 163,000, so these lands will accommodate that growth.”

It’s expected that manufacturing will continue to be a robust contributor to Brantford’s economy well into the future, especially with the Canadian dollar where it now stands. Furthermore, there has been increased interest for logistics and distribution because of Brantford’s strategic location and the proximity to the major Canadian and U.S. markets.

A great deal of Brantford’s success can be attributed to strong relationships with both the local business community and various government ministries as well as a supportive City Council conducive to growth and prosperity overall.

“We have a diversified strategy and we will continue that strong and effective program moving forward,” adds Drake. “As a community, Brantford is very business friendly.” 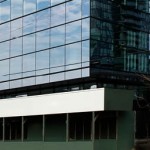 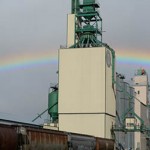