Home | Business in Action | June 16 | The City of Colwood

The City of Colwood

The City of Colwood is a captivating, resplendent snapshot of nature’s beauty, a small segment of paradise located in the Greater Victoria Area of Vancouver Island. Enhanced by its breathtaking views across the Strait of Juan de Fuca, the municipality of just more than 17,000 residents is punctuated by iconic landmarks including the Fisgard Lighthouse, Fort Rodd Hill National Historic Site, the Colwood Waterfront and Lagoon and Hatley Castle, which is now home to Royal Roads University.

Colwood was incorporated as a city in 1985 in what would best be described as a reverse amalgamation. The area had been referred to as the Western Communities, which included what are now Highlands, Colwood, Langford, Metchosin and Sooke. Those areas are now disengaged from the Western Communities electoral area into the various municipalities. Colwood has an outstanding reputation for its commitment to nature and protecting the environment having been named the winner of the Climate and Energy Action Award and Vancouver Island Green Business, Canadian Solar Cities Award.

The Canadian Business Journal spoke with Colwood Mayor Carol Hamilton about how the city is fast becoming one of the most desirable locations to live on Vancouver Island. Much of Colwood’s current growth is happening in the new waterfront community of Royal Bay, spanning more than 450 acres. Commonly referred to as a bedroom community, the city emphasises its fantastic quality of life for residents and visitors alike.

“We move a long way away from industry in Colwood,” Hamilton says. “It’s transitioned prominently into a residential location with supporting businesses such as grocery stores.”

Colwood offers many options for home buyers of all ages and income levels. The Waterfront and Triangle Mountain areas offer executive housing with spectacular ocean views. Traditional homes on large lots and condominiums in Colwood are among the most affordable in the region.

The city has many regional amenities, including the waterfront at Esquimalt Lagoon which includes a National Migratory Bird Sanctuary, the Juan de Fuca Recreation Centre, the Q Centre, Royal Colwood Golf Club, Olympic View Golf Club and the library facilities for the Western Communities.

Hatley Castle is a famous National Historic Landmark within Colwood that was completed in 1908. From 1941 until 1943 when Grant Block was completed, the Castle served as dormitory and mess hall for cadets and staff officers at Royal Roads Military College. It is now the administrative centre of Royal Roads University.

“With Hatley Castle and the accompanying grounds being converted into Royal Roads University we have the benefit of the university and that brings a lot of folks in to the locale,” says Hamilton.

As the home to many beautiful parks, which serve as perfect locales for outdoor family activities, each year the City provides residents with a number of community events such as music in the park, art and wine festivals, movies on the hill, neighbourhood nights and story walks.

“We have an annual music event in July that has expanded to three days and about 12,000 attendees,” Hamilton proudly says.

For the small business owners within the community, Colwood City Hall recently cut the cost of business licences.

“It was considered a bit of a double dip,” Hamilton explains.” Folks running businesses are already paying taxes at a higher rate and the minimal cost on the business licence aspect added on to that, which seemed a bit much against the cost of monitoring and servicing that file.”

Another example of helping the business sector was tied to a recent hotel that was built.

“It met the qualifications and detail in the bylaw that allowed for it to receive a tax exemption on certain portions of the hotel that are used specifically for hotel use. It helps them to get a foothold in the door and we’re already seeing evidence of that being a good move,” Hamilton says.

In addition to Royal Roads University, Colwood currently has two high schools, two junior high schools and a series of elementary schools. There are already discussions with the school district and the province on how Colwood will meet the demand moving forward, given that the new school is already at capacity, which doesn’t include the 2,500 homes that are scheduled to be built around the school over the next few years. Hamilton believes a number of small business opportunities will continue to crop up over the next few years, including construction. There are several major development projects currently on the go.

“We have a number of projects that will all come online in the near future,” Hamilton confirms.

As a mixed-use project, a strategic plan for the residential neighbourhoods has taken into account the need for local grocery stores, pharmacies and gas stations, and the usual day-to-day needs.

“Through our official community plan we sat down and identified areas where we wanted to see that node growth happening and the services that would be required,” Hamilton says. “We’ve got the Esquimalt Lagoon and two beautiful golf courses and a large recreation centre where this past spring they had the international Pinty’s Grand Slam of Curling. There is a lot of attraction in the overall area surrounding Colwood.”

Just last month the City celebrated the ground-breaking for a new Centre for Wellness. Pacific Centre Family Services Association will provide 15,000-square feet of wellness space and 7,200-square feet of street level space for rent by other health and wellness professionals.

Direct spending by the film industry in British Columbia is just north of $1.2 billion on an annual basis and Colwood often finds itself in the midst of some of that Hollywood North feel. Scenes from Harry Potter and X-Men are just two examples of what’s been filmed at Hatley Castle.

“We’re tied in with the Greater Victoria Film Commission so whether they choose Colwood as the site, the monies that come through may be less direct to us specifically but more in a regional context,” Hamilton explains. “We just had Volvo come in and do an advertisement for one of their models on the Esquimalt Lagoon, Coburg Peninsula. It’s a beautiful straight stretch with water on both sides.”

The City also recently hosted 46 students from a business college in Germany who stopped in at Royal Roads University and then did a tour of the community. Colwood attempts to attract specialty groups from Europe on annual basis to get a look and feel for what the community is all about.

“We’re building on our arts and culture segment. We started a waterfront event a couple of years ago that has increased dramatically. The first year we hoped to get 300 people but there was more than 1,000 who attended,” Hamilton says. “It really is a great place to live and to visit.”

As the folks in Colwood like to say, you visit for the exceptional sites, and stay for its strong sense of community. 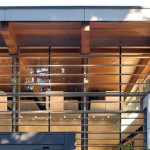 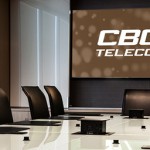