Home | Business in Action | December 15 | The City of Winnipeg

The City of Winnipeg

VIEW BROCHURE
An Economic Gateway to the Rest of the World

The vibrant city of Winnipeg, Manitoba has been blessed with the geographic graces of being ideally situated to serve as a primary economic transportation gateway hub for destinations throughout Canada, North America and beyond. But the unwavering commitment from its people is what has led to the city’s economic prosperity expansion at such an envious pace.

Incorporated in 1873, Winnipeg is often referred to as the “Gateway to the West” with its comprehensive rail, air and trucking hubs, promoting a diversified economy with a population base approaching 700,000, making it the largest municipality in Manitoba. It’s projected that in 20 years Winnipeg’s population could be near one million. To grow, cities require skilled labour.

The city hosts numerous annual popular tourism events including the Winnipeg Folk Festival, the Jazz Winnipeg Festival, the Winnipeg Fringe Theatre Festival, the Festival du Voyageur and Folklorama. On each occasion thousands of visitors attend with millions of dollars generated for the local economy. Winnipeg also holds the distinction of being the first Canadian city to host the Pan American Games back in 1967 and again in 1999. It’s also the secondary home to the Royal Canadian Mint in addition to the main facility in Ottawa.

The Canadian Business Journal recently spoke with Marina James, President and CEO, Economic Development Winnipeg Inc. and Mayor Brian Bowman about the city’s economic prosperity and its many competitive advantages that help drive a successful business sector. As with any successful economy, it all begins with the people.

“Right now on average, 46% of any budget is based on human capital,” James begins. “The first thing about Winnipeg is our skilled labour pool. We have a Best in Class provincial nominee program that targets skilled immigrants for our industries.”

James also points to the fact that many employees are long-term tenured which provides a stabilizing force when growing various business enterprises.

“We (Manitoba) ranked No.2 among Canadian provinces in labour productivity growth and ranked No.1 in 2008 and 2012 for highest job tenure,” James tells us. “Loyalty is high and turnover is low. We have a good balance of skilled executive and pre-executive talent. We’ve always benefitted from a skilled and highly productive workforce throughout our diverse population. There are more than 100 languages spoken here so it’s a real melting pot.”

The cost of doing business in Winnipeg is an extremely attractive characteristic for companies, with the city consistently scoring the lowest for overall business costs in western Canada as well as every other U.S. city surveyed in recent research. The affordability of real estate is an extension of that attractiveness. A recent survey by KPMG confirms previous studies that rank Winnipeg as the least expensive location to do business in western Canada.

“Winnipeg has a stable and diversified economy,” Winnipeg Mayor Brian Bowman adds. “Together with low energy costs, a skilled workforce, and being centrally located with well-established and increasing trade corridors, Winnipeg has many competitive advantages to offer businesses.”

As a full-fledged tri-modal city, Winnipeg offers competitive options within three modes of transportation: roads for large trucking and retail distribution; rail and air through the Winnipeg Airports Authority. In fact, Winnipeg is one of only two Canadian cities served by three Class One rail carriers – CN, CP and BNSF. Winnipeg is now much more than the Gateway to the West. In many ways it has now grown to become a vital portal to the rest of the world.

Winnipeg has historically been an agricultural powerhouse and it remains a vital business sector moving forward, accounting for a tremendous amount of the fabric of the city. James is well aware of just how important this sector has been, and will continue to be in the future.

“We have to continuously innovate in this area,” she emphasizes. “We’ve had the Wheat Board located here and we continue to have the International Grains Institute and other major private sector companies.”

As an extension of the agri-business, food processing is a major industry and even more so as peoples diets become increasingly important. Living healthier promotes further research and jobs. James says there is a constant focus on trends while all businesses continue to mobilize their best agri-businesses around improving food and its functionality around the world.

Small business is often credited with unleashing a great deal of innovation. Such is also the case in Winnipeg. A great deal of encouragement is given to startups and fledgling organizations to succeed in their endeavours.

“Our new innovation alley is home to incubators and accelerators,” James says. “The idea of co-work spaces to stimulate mentorship and grow ideas for expanding or new companies. This complementary eco-system welcomes new and established innovators.”

The city’s Composites Innovation Centre is a not-for-profit organization jointly sponsored by the private sector and government to accelerate long-term profitable growth for composites manufacturing – OEMs and material processors – by providing differentiated technical services while they develop and deploy new technologies. Key startups in 105 technologies transferred over to 38 new capabilities created with 134 industry partners that played a role in creating 800 new engineering and manufacturing jobs over the last 18 months at employers such as Boeing, Magellan and MCI.

Meanwhile the Winnipeg Chamber of Commerce is intently focused on helping small business as well as others such as the Manitoba Filipino Business Council, which culturally drives startups in the community.

“We have a very active Economic Development Winnipeg sales team to help businesses get connected to the right government programs and mentors through Yes Winnipeg, which is an initiative specifically charged to grow jobs and attract investment to Winnipeg,” James says.

There are multiple instances where government and the private sector work together to mobilize small business opportunities. James says it’s vitally important to be hands-on in terms of retaining businesses that current exist in the city in addition to attracting others. More than ever companies are now considering a modernized 21st Century global supply-chain approach to their success. It’s something Winnipeg is very cognizant about.

“We’re the geographic centre of North America,” James says. “We have CentrePort Canada, which is North America’s largest inland port. It’s the only tri-modal inland port in Canada to provide foreign trade-zone advantages. Right now we have 20,000 acres to expedite the movement of goods economically and efficiently throughout North America, Europe and Asia.”

CentrePort is a $100-million-plus multi-level government and private sector initiative that is vested in taking 20,000 acres of brownfield space to expedite the movement of goods throughout North America. It makes Winnipeg a unique transportation hub to many other centres across the continent and beyond. The dry port is located in Winnipeg and Rosser, and was created in 2008 by Manitoba provincial legislation called the CentrePort Canada Act. The massive brownfield site sits adjacent to the Winnipeg James Armstrong Richardson International Airport, offering Greenfield investment opportunities for a diversified spectrum of business operations including network distribution, manufacturing and warehousing.

“It’s one of the biggest value propositions that we have for attracting high quality, affordable industrial land with our unique tri-modal capabilities. It was a dream and a vision that was created with multi-levels of government and the private sector that will build out over the next 20 years,” James says.

“We have a lot happening from targeted sector approaches to culturally driving starting small businesses,” James confirms. “A record number of Aboriginals are successfully graduating from our cities various post-secondary institutions.”

James is also of the opinion that it is essential to always seek out – and listen to – multi-generational input to gather a proper cross-section of those who live in the city. It is expected there will be a notable change in mindset, at least to some degree, as more baby boomers head off into retirement. The city boasts a great track record with a strong foundational element that is very balanced in its approach in terms of sustainable economic growth. One of those key areas focuses on tourism.

“Tourism is a big part of our economy,” James says. “We have a large retail sector with many shopping options. We also have the Canadian Museum for Human Rights. More than 40% of visitors to the museum this past year were from international destinations. “Our convention centre is ready to about double in size with the launch early in 2016, which will attract more meetings and conventions to Winnipeg.”

“I want to continue making Winnipeg a destination for tourists and international events,” Mayor Bowman says. “Winnipeg has proven it can compete on the national stage and I will continue working with Winnipeg’s business community to promote job creation and attract investment to our city.”

The return of the NHL’s Winnipeg Jets in 2011 after a 15-year absence and hosting the recent 2015 Grey Cup at Investors Group Field on the campus of the University of Manitoba has also added great excitement within the city. The reciprocating employment created by having the Jets back in town generates millions of dollars for local businesses each year. Jets’ owner True North injects millions of dollars into the local economy both directly and indirectly, via players’ salaries, partner alliances and real estate deals, such as when members of the Jets’ organization purchase homes in the community. The added buzz in the downtown core has generated more than $1.2-billion in infrastructure projects dating back to 2012.

Manitoba Hydro Place, the Canadian Museum for Human Rights and the Convention Centre expansion, which will see it almost doubled in size, are just a few of the recent downtown mega-projects dependent on public funds. It’s estimated about 75,000 people work in the downtown core, with more than 150,000 living within a 10-minute drive. Trade, manufacturing, education and healthcare are among the leaders the diversified economy. Among some of the big corporate players with a presence within the city are Great-West Life Assurance, Manitoba Telecom Services, Shaw Communications and Nygard International.

In the next five years James would like to see the city build out its infrastructure so that the city’s businesses have the greatest possible accessibility to markets. The new international airport and CentrePort are primed to take full advantage of the potential opportunities on the roads and distribution systems. The ability to export and import goods in a timely fashion will help to maximize profitability.

James also points to the idea of ‘collective impact’. No single entity can work in isolation, whether it’s government or private sector.

“We have to all really work together to address any foundational issues that exist that are barriers to our city’s growth and also maximize our capital regions. We have lots of bedroom communities and so we have to look at the best methods for providing services while not duplicating efforts,” James says. “There needs to be access to daycare and appropriate levels of public transportation.”

“We’re here to attract and retain business; to grow capital investment for infrastructure. And there is also talent attraction. As you grow your population, and are competing against other jurisdictions, you need to be able to create a value offering to get your city to stand out.”

“Winnipeg is also a growing and diverse city that has a vibrant arts and culture scene that rivals many of Canada’s bigger cities,” Mayor Bowman says. 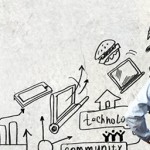 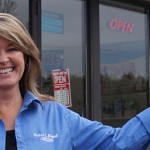