Home | Business in Action | March 16 | The City of Woodstock

The City of Woodstock

Woodstock is a beautiful, tranquil rural city of 40,000 people located in southwestern Ontario about 125km southwest of Toronto. Originally settled by European colonists and United Empire Loyalists in the early 1800s, the city has developed a strong economic focus towards manufacturing and is also a market city for the bustling nearby agricultural industry.

The Canadian Business Journal recently spoke with Len Magyar, Economic Development Commissioner for the City of Woodstock. The Office of the Economic Development Commissioner is responsible for economic development within the city and to recommend policy alternatives that will enable the municipality to implement development and marketing programs promoting new investment and job creation. As part of Magyar’s team is Economic Development Officer Brad Hammond, and the executive assistant Faye Eltom, who has been with the team for about three years now, but is retiring this month. The department focuses heavily on business retention and expansion; investment attraction; market research and new business development.

“Business retention is a big component of what we do,” Magyar confirms. “It’s quite often not the sexy, foreign direct investment where we land a new company and they have a ground turning event, but there’s no question if you look at our building permits, historically there’s a big percentage of building permit activity that usually means expansions at existing companies, which we call follow-on investment.”

A proud point for Magyar and the economic development team is that the community has been very robust and successful in not having any major commercial closures in recent years. In fact, most enterprises within the municipality have maintained and often improved upon efficiencies through upgrading facilities or equipment as well as physical expansions. The numerous Japanese-based companies in particular, have notably expanded their presence within the community.

Although Woodstock is very competitive with other communities in attracting commerce, Magyar notes there is always more to setting up a business than merely looking at the surface business tax rates, which is a question that often comes up with many people.

“Business tax rates vary all over the place but the reality is that the amount of taxes most companies pay really doesn’t change,” he remarks. “As example, someone may say the tax rate is lower in Mississauga but it doesn’t mean a hill of beans because you have to multiply your tax rate times your assessment and I can virtually guarantee that the price of land is probably about six times what the price of land is here, so it might be a lower rate, but when you multiply it by that other number, it doesn’t come out any lower.”

Focusing solely on the business tax rate as a single entity is definitely a misnomer that Magyar wishes people knew more about. He says that a business decision needs to be based on the full picture, and not just one aspect. Upon looking in greater detail, it becomes more evident that Woodstock has much to offer.

“One of our big selling features here is that we have no development charges on industrial construction. If you look at Toronto or even Kitchener-Waterloo where they’re paying in many cases $8 per square foot for new construction the equivalent here is zero,” Magyar notes.

In other words, if a company were to build a 100,000-square feet in Cambridge, for example, and it’s $8 per square foot for development charges, the business would need to cut a cheque for $800,000. In Woodstock, the cheque is zero.

Woodstock Economic Development does receive funding from the County of Oxford in the amount of $25,000. With that $25,000 Magyar says Woodstock partners with the development offices in Ingersoll and Tillsonburg, to which there is now also a rural economic development corporation as well.

“We collaborate together to utilize that $25,000 to do some of our investment attraction activities, which typically will be trade shows,” Magyar says.

A much larger geographic community alliance called Southwestern Ontario Marketing Alliance (SOMA) has been assembled that includes the municipalities of Ingersoll, Tillsonburg and Woodstock as well as Stratford, St. Thomas and Aylmer. The consortium of municipalities pools some of their foreign direct investment (FDI) dollars, the result of which has been solid results in finding matching dollars for that particular budget, which in turn gives more opportunities to take part in international events.

“We’ve been to Japan a number of times but Woodstock has gone as part of the SOMA group. I think we are very efficient and manage to spread our dollars quite far for a little community,” Magyar proudly states.

Teaming up with other municipalities also aids in providing faster and more recognizable notoriety. Travelling to Japan or another international destination representing only Woodstock can be problematic due to a lack of name recognition. In fact, Magyar can point to instances where certain international groups did not even know about Ontario, let alone one of its small communities.

“You really need to push to provide some kind of profile for yourself,” he says. “When we do go to places like Japan, because we are approaching as six joined communities and quite often we’re bringing our mayors with us, it makes it easier for us to get appointments with associations or embassies and consuls. There is power in numbers.”

A conundrum facing most municipalities is how to retain young people and keep the generation engaged so they will want to be part of the business solutions in the future.

“It’s a challenge for any smaller city,” Magyar candidly states. The funny thing is that just about every region is complaining about the ‘brain drain’ and losing good people to other jurisdictions. Even New York City has complained that many young people are moving to San Francisco. If a city the size of New York voices concerns, it’s not out of the ordinary for virtually all other municipalities to feel the same way.”

Magyar says that young people tend to form two distinct streams. There are those who will move directly into manufacturing because of the exceptionally strong base in the city. In many instances it’s very highly skilled, with robotics and advanced manufacturing and typically they are being paid very good salaries. Join that aspect with real estate, which is about one-fifth the price of Toronto and a family can live very comfortably.

The second stream of young people is those who go on to achieve higher education, either in college or university.
“There’s no question they are most often leaving the community. Our goal is to have them come back, and there is a fair number that do, but it’s typically once they’ve established a family and want the safety of a small community and the high quality of living,” Magyar says.

Fanshawe College has a campus in Woodstock and the leaders from the school do hold consultations with Magyar and the economic team about how to best maximize the potential for attracting students and offering the types of programs that would best suit the region. One of the main challenges for the college is the number of communities. It means looking at what programming fits each community and it has to make economic sense as well.

“We do meet with the college and talk about what’s happening in the community, where we’re going and where their programming is going. It’s an open dialogue,” Magyar says.

Japan is an interesting market in that there are a lot of large companies that have hundreds of different divisions. When the economic development team is in Japan it’s typically negotiating follow-on investments. There will be things relating to automotive, but Magyar would love to see more machining, plastics or value-added food processing added to the economic mix.

It’s estimated at least 2,000 people work at the local Toyota plant in Woodstock and in fact about 56% of all workers in the city have a job that is either directly or indirectly involved with the automotive industry. Other automotive employers of note include: Hino Motors Canada, a producer of large trucks; Firestone; Kelsey Hayes, which is a supply company for Ford; Vuteq Canada, a supply company for GM and Toyota; Toyota Boshoku and Green Metals Canada, a recycling company service for the Toyota group of companies.

“If you look at Oxford County, we have the Toyota plant here in Woodstock but we also have the CAMI Automotive plant in Ingersoll just 10 miles down the road,” Magyar says.

Excellent geographic location has also blessed Woodstock, being just 90 minutes from Toronto and 30 minutes from London. Additionally, the new Woodstock General Hospital was just completed in 2012 and provides state-of-the-art healthcare for residents. It provides a substantial boost to the community in terms of attracting new economic development.

“It was a huge construction project for a community of our size. When you’re selling the community (to potential business prospects) having a new, modern healthcare facility speaks volumes when talking with companies,” Magyar says.

Throughout Woodstock and Oxford County are many festivals and exhibits, including the Woodstock Museum, a national historic site. The Art Gallery and museums are well attended and help build community spirit. The biggest annual event is Canada’s Outdoor Farm Show. During that three-day period in September it is virtually impossible to find a vacant hotel room with 750 exhibitors and 43,200 attendees coming in from across Canada, the U.S. as well as some overseas international destinations.

“The more activities we have going on the better it is,” Magyar says. “Our location also tends to generate activity because tour buses will stop here on their way to other destinations.”

There are a number of community improvement plans (CIP) where the city is able to loan dollars to people and grants to assist entrepreneurs in fixing their buildings. A recent burst in residential development around the downtown core may also help to revitalize the downtown core. There is a small business enterprise centre in Woodstock, which provides guidance and assistance for people looking for business support and advice. Oxford County is always working on plans on where industry will be in the future.

“As a community we’re in exceptionally good financial shape and we’re also growing,” Magyar confirms. “In terms of trends we do see more and more people working out of their homes. In many cases it’s professionals and if you think of our community being heavily manufacturing, it’s a new element to the community.”

Industry diversification is always a vital component when establishing and maintaining economic prosperity. It’s an aspect Magyar and city officials have been pushing for some time now.

“I’m not talking about moving away from auto, but trying to attract a lot of industries that are non-auto, and we’ve been successful. We just sold some land to a construction company, so that will create jobs,” Magyar says.

Just a couple of years ago the University of Ottawa was looking at the possibility of setting up a satellite campus in the Woodstock area. Magyar would of course love to see something like that transpire in the future but it’s almost entirely contingent on funding from the upper levels of government.

“We don’t have much control over that but we’re certainly open to it, which would help to address the ‘brain drain’ down the road,” Magyar says. “We’re also going to see continued residential growth and with that we’ll see additional retail and service opportunities as well.

Regarding the municipality’s growth, there has been notable success with industrial land development. Over the years Magyar says the city councils in Woodstock have been very progressive in terms of having shovel-ready industrial lands ready for clients to come in and set up their businesses.

“It’s a strategy that has paid off in spades. As you sell land, you put the money in reserve, then buy more land, service it and keep the rotation flowing,” he says. 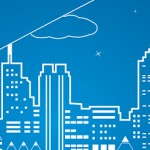 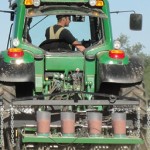