The Eclipse Foundation Announces the Release of Eclipse iceoryx Almond (1.0)

BRUSSELS, Belgium, June 24, 2021 (GLOBE NEWSWIRE) — The Eclipse Foundation, one of the world’s largest open source foundations, today announced the release of Eclipse iceoryx Almond, the first official release for this inter-process-communication (IPC) middleware that enables the transmission of large amounts of data in real-time. This makes it ideal for applications that need to exchange immense amounts of data with very low latency, such as automotive applications, robotics, advanced gaming, AI, and much more. By doing so, iceoryx enables new levels of responsiveness while also freeing up runtime resources for other functions within a given application.

“Eclipse iceoryx is a great example of open source software addressing a critical industry need,” said Mike Milinkovich, executive director of the Eclipse Foundation. “With this release, as well as other projects like Eclipse Cyclone DDS and working groups like OpenADx, I feel that the Eclipse Foundation is quickly becoming the home of developer toolchains and software for autonomous vehicles designed with safety certifications in mind.”

The technology behind Eclipse iceoryx originated in the automotive domain, and with good reason; the software in a typical, non-autonomous modern car runs over 100 million lines of code. For an autonomous vehicle, that amount of data expands quickly to between 300-500 million lines of code. That same vehicle will need to process up to 10GB/s of sensor data in order to make real-time, safety-critical decisions. Eclipse iceoryx delivers a fast, flexible, and ultra-reliable means of exchanging this amount of data between systems in real time.

On modern processors, iceoryx has a latency of less than 1 microsecond for transferring a message, regardless of that message’s size. At this speed, Eclipse iceoryx achieves what is referred to as true zero-copy — an end-to-end approach from publishers to subscribers without creating a single copy. Avoiding the copies on the API level is crucial when GBytes of sensor data have to be processed per second on robotics and autonomous driving systems.

In terms of flexibility, Eclipse iceoryx already supports Linux, QNX, and MacOS as operating systems as well as C and C++ as user APIs. Windows and Rust are coming soon. Even in its first release, Eclipse iceoryx is built for reliability, as the predecessor of iceoryx is running in millions of vehicles worldwide. Eclipse iceoryx is also used in the Robot Operating System (ROS 2) framework for building robot applications as a high-performance IPC transport layer, including deployments in large industrial automation systems.

“Eclipse iceoryx is ready for professional users to take it for a spin in the fast lane,” said Michael Pöhnl, Eclipse iceoryx project lead and middleware lead at Apex.AI. “The team at Apex.AI has been focused on delivering safety critical real-time software for automotive and industrial companies. Our Eclipse iceoryx contributions show a significant commitment to the strength and vitality of the developer community and open source. High performance software compatible with open standards and developed according to safety standards can help industries rapidly move to a software-defined future with heterogeneous components that work together seamlessly. I am proud to have achieved this milestone with the support of an committed engineering team of experts and look forward to more developers and users joining us!”

“Bosch is an enormous champion of open source solutions, particularly in automotive and robotics,” said Andreas Riexinger, Business Development Manager Open Source, Bosch. “Eclipse iceoryx, initiated by Bosch, is another fantastic example of how the open source model is driving innovation across multiple industries. We are happy to see iceoryx is growing.”

The Eclipse Foundation provides our global community of individuals and organizations with a mature, scalable, and business-friendly environment for open source software collaboration and innovation. The Foundation is home to the Eclipse IDE, Jakarta EE, and over 400 open source projects, including runtimes, tools, and frameworks for cloud and edge applications, IoT, AI, automotive, systems engineering, distributed ledger technologies, open processor designs, and many others. The Eclipse Foundation is an international non-profit association supported by over 330 members, including industry leaders who value open source as a key enabler for their business strategies. To learn more, follow us on Twitter @EclipseFdn, LinkedIn or visit eclipse.org. 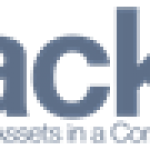 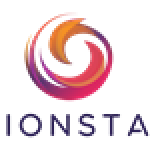