The Munck Cranes Group of Companies

In 2018, the Munck Cranes Inc. of Stoney Creek, Ontario will be celebrating 35 years of successful business here in Canada as one of the country’s preeminent crane and material handling specialists.

MCI is part of the Munck Cranes Group of Companies that manufactures and services overhead bridge cranes, gantry cranes, hoists, under hook attachments, and transfer carts as well as other specialized design and manufacturing products that cater to application specific material handling for clients throughout the world.

Munck Cranes President John Vandenberg resides in Mexico and oversees the Mexican facility, which is the company’s largest operation despite having opened its doors just four years ago. He and North American Sales Manager Steve Marczi share ownership of an affiliate company out of Buffalo called Total Crane Systems, with Marczi overseeing daily operations at the western New York location. Greg Vandenberg oversees the Stoney Creek facility while his brother Ken Vandenberg runs the service division, which is also in Stoney Creek and is called Crane Service Systems. There are currently about 30 employees in both Stoney Creek and Buffalo as well as 10 employees working with Crane Service Systems. The company is a turnkey OEM, providing everything from design to implementation.

The Canadian Business Journal recently spoke with Steve Marczi about the Munck Crane’s current initiatives and plans for the future.

“I’m splitting my time between Canada and the U.S.A. I don’t get involved with the sales in Mexico but it’s been very fruitful for us. Between the manufacturing facility and several other locations there are more than 75 employees in Mexico,” says Marczi.

Despite facing intensely fierce competition Munck Cranes is consistently recognized as an industry leader due in large part to its outstanding products and services but also for its ability to provide timely and efficient solutions to a very widely diversified marketplace whether it’s steel handling, components assembly, tool & die – or an assortment of other applications.

“It has become increasingly difficult in the standard crane market – your catalog crane so to speak,” says Marczi. “We’ll do everything from underground mining cranes to pulp & paper and automotive. I would say manufacturing is our bread and butter. We’re doing mining cranes and some are as far as 1,200-feet below ground level.”

Every crane manufactured by Munck Cranes is made to precise specifications depending on the needs and requirements of each individual client. No two buildings are alike and by the same token no two crane spans are alike. As example, a five-ton crane can come in many shapes and sizes. It’s the intricate attention to detail and the willingness and capability of Munck Cranes to meet client requirements that keeps them at the top of the industry.

“We can take a standard crane and customize it. With our in-house engineering capabilities and our intellectual capital our unique selling proposition to clients is that we can customize our standard equipment to suit their application and improve their return on investment,” notes Marczi.

The diversification capabilities at Munck Cranes allows the company to look at more of a turnkey package for clients’ material handling needs; not just with their overhead cranes but for everything from the raw materials right through to the finished product. One such example is a recently completed large project with a company in Timmins, Ontario called The Bucket Shop that repairs and manufactures heaving mining equipment. It was a startup, turnkey green-field project.

“They would have raw material steel coming in at one end; so we’ve got cranes that handle their raw materials. We’ve got transfer carts that take their plate steel and deliver it from outside their facility into their facility and feed their cutting tables. Our overhead cranes then take the cut product, transfer that product over to their fabrication assembly bays and then our cranes in those bays will look after the light manufacturing or heavy manufacturing depending on what end of the stop it’s in,” explains Marczi.

“We’re looking at the whole process not just specifically one crane here or one crane there. What helps us is offering a one-stop shop; material handling, whether it’s on the floor or up in the air,” continues Marczi.

Shipbuilding on the east coast of Canada has made somewhat of a comeback but is not typically a main source of work for Munck Cranes, although they have landed several large projects recently.

“One of the projects that we completed within the last two years was with Heddle Marine in Hamilton. They also have a location out east and we’re in the throes of discussing some material-handling cranes for their ship rebuilding and maintenance,” mentions Marczi.

Cranes are probably the oldest material-handling piece of equipment that exists and there hasn’t been the need for the same type of evolutionary process as with other automation processes. However, technology is still having a major impact on the industry.

“The areas where technology has aided us would be computer-aided design and 3D,” remarks Marczi. “With 3D we have something called FEA – which is finite element analysis. Having ability to design a hoist and run it through an FEA program to find where its critical design areas are – and where its high stress concentration areas are – is beneficial to us in ensuring that our designs are going to be safe and we don’t have to make modifications down the road.”

The team of engineers at Munck Cranes works with AutoCAD and 3D software, which is vital for efficiency. As for the cranes themselves, there have been significant advances in motor control technology.

“We use variable frequency drives to control our travel motions. Those drives have offered not just better performing cranes but it’s allowed us to opt for our clients’ energy savings. It’s a prime selling feature to be sure,” says Marczi.

At Munck Cranes there has always been – and always will be – a complete commitment to safety. The company has been adopting and offering load measurement capabilities to its clientele. As example, using load-cell measurement systems to detect lifted loads and transmit that information directly to the operator onto a handheld transmitter with an LED screen so that the operator immediately knows how much weight is being lifted. There are also weight displays that can be put on the crane to indicate to the process engineer how much load is being lifted. Additionally, there is crane performance feedback that records not just the listed load but it will also record and transmit when the crane is turned on, how many times it’s lifting the load and whether it is overloaded. It can then send that information wirelessly to a smartphone or a computer, which all lends to improvements in safety and process efficiencies.

Marczi says it would be taking a shot in the dark to try and specifically target a specific market or markets that could be viewed as having the best growth potential because there is no way of predicting future global economies and what business sectors will be most affected, positively or negatively.

“Our best strategy is to be aware of what’s going on and be ready to work with those industries that are working with us,” he says.

However, there are definitely plans to continue moving forward. Within the next couple of years Marczi would like to see the Munck Cranes have a larger U.S. presence, be it service locations and/or dealers.

The Munck Cranes Group of Companies originally established in 1983 in Canada as solely a Canadian company but Marczi and the executive team has always believed the best opportunity for long-term success would be through expansion, and not just in Canada. It’s a global business and therefore it’s imperative to seek opportunities on an international scale.

“We have some dealers in Canada and direct sales here, which is great, but by starting our facility in Buffalo to look after the U.S. market, that was great diversification for us. That helps when our economy may be a little slow and another country’s is stronger. Mexico is an emerging market and has been for the last 20 years. That’s where a lot of our growth has been happening. All of that has enhanced our Canadian operation,” says Marczi.

“Our Stoney Creek location is still head office for engineering and we still are the major supplier of the proprietary Munck components to both our U.S. and Mexican operations,” says Marczi. “As those markets emerge for us and increase in success, it also feeds our Canadian business as well, which is good for employment and the stability and well-being of our Canadian company.” 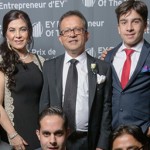 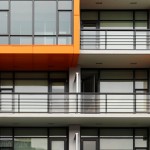