In May 2015, the government of Ontario cleared the way for establishing pooled registered pension plans (PRPPs) in the province by passing legislation that enables companies to offer this new voluntary retirement savings option.
This new legislation allows businesses to offer PRPPs to employees and also make these types of retirement savings plans available to the self- employed. Participation in the PRPP is voluntary for both employers and employees. Employees of companies that decide to offer PRPPs will be automatically enrolled in the plan but can choose to opt out after 60 days. Also, savings in the plan are portable and will belong to the employees.

While the federal government has spearheaded the creation of PRPPs as a voluntary method of increasing retirement savings, Ontario, in addition to offering PRPPs, has been pushing the establishment of its own public plan, the Ontario Retirement Pension Plan (ORPP).

According to the Ontario government, the motivation for establishing the ORPP is the fact that only 35% of the employees in the province’s private sector have a workplace pension plan*, and many people are not saving enough on their own to be able to retire while maintaining their standard of living.
*Source: http://www.ontario.ca/page/ontario-retirement-pension-plan

The ORPP is the new mandatory pension plan program proposed by the government of Ontario as per the Ontario Pension Plan ACT (May 5, 2015), with an effective date of January 1, 2017.

According to the government website on the subject, The Ontario Retirement Pension Plan (ORPP) is intended to provide a predictable source of retirement income for life for millions of Ontarians.

The ORPP will be introduced in 2017. This will coincide with the expected reductions in Employment Insurance premiums, helping to minimize the impact on employees and employers.

To help with the adjustment, enrolment of employers and employees in the ORPP would occur in stages, beginning with the largest employers.

ORPP has been the subject of much debate since it was introduced in the 2014 Ontario budget. The main bone of contention for the critics has been the definition of what constitutes a ‘comparable’ plan that would exempt employers from participating in the ORPP. The original design for ORPP provided that defined benefit and target benefit pension plans would be considered comparable plans.

Employers that offer DB or DC pension plans that do not meet these requirements can choose to make changes to meet the eligibility requirements and be exempt from ORPP participation, or decide to adhere to the ORPP while continuing to offer their employees the added benefit of the workplace pension plan they currently have in place. Employers offering other types of workplace savings plan arrangements such as Group RRSPs or Deferred Profit Sharing Plans (DPSPs) will have to participate in the ORPP unless they decide to convert their plans to a comparable plan that would meet the eligibility requirements.

Employers do not need to take any action immediately and will be notified in writing early next year by the Ontario Retirement Pension Plan Administration Corporation to determine their participation in the ORPP.

I personally participated in a town hall meeting on the subject of ORPP in the spring of 2015 that was presided by the Honourable Mitzie Hunter, Ontario’s Associate Minister of Finance. Based on the tone of the meeting, it seems that the Ontario government is quite intent on implementing the ORPP if it stays in power. On the other hand, Premier Kathleen Wynn has been saying publicly that if the federal government had made the needed overhaul to CPP that Ontario would not need to implement the ORPP. While there is still a long road ahead – including possible changes due to a new Liberal majority coming to power as a result of the October 2015 federal election – and many questions that would need to be answered by the government before ORPP is actually implemented, businesses need to take this seriously and prepare accordingly.

For more details on ORPP, you can visit the following website: https://www.ontario.ca/page/orpp-ontario-retirement-pension-plan#!/

Tina Tehranchian, MA, CFP, CLU, CHFC, is a branch manager and senior financial planner at Assante Capital Management Ltd. in Richmond Hill, Ontario. She can be reached at 905-707-5220 or through her website at www.tinatehranchian.com 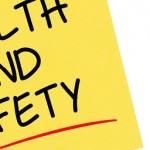 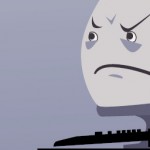