The Progressive Contractors Association of Canada

Since its inception, PCA has lived up to its namesake, promoting a progressive model of construction and a better way of building in Canada.

The Canadian Business Journal recently spoke with Paul de Jong, President of the Progressive Contractors Association of Canada about how the construction industry has evolved over the past several decades, PCA’s efforts to ensure Canada’s most important energy and infrastructure projects get built, and how fair and open construction tendering translates into greater fairness and competition for local contractors and workers.

To understand PCA’s mandate clearly, you need to backtrack several decades to a time when Canada’s construction industry was characterized by the polar opposites of unionized and non-unionized construction. However, over the past 15 years, there’s been a significant shift in approach. It’s been driven by a group of companies that nurtured a very different relationship with so-called ‘alternative unions’.

“It’s truly the best of all worlds,” says Paul de Jong. “Contractors have the flexibility to carry out work competitively, with the benefit of a unionized workforce that ensures workers are well trained and highly skilled. It’s what we call a progressive model of construction.”

According to de Jong, the traditional union environment has major shortcomings. In this old model, multiple craft unions on a project often fall into jurisdictional disputes that slow project timelines and increase cost. The new and more productive approach that de Jong describes brings together skilled workers with different skillsets who coordinate and execute work as a composite team. “When workers develop multiple skills, it’s a huge productivity gain. As Canada’s construction industry looks for ways to become more competitive and increase productivity, this is the kind of model that sets the highest standard.”

As a leader in industrial and infrastructure construction, PCA is bringing its unique perspective to the national debate over LNG and pipeline projects. It’s launched a national campaign called Let’s Build It. PCA’s message is simple. Canada is far better off by building.

“Canada’s economy and global competitiveness depends on expanding and improving our energy and natural resources infrastructure,” says de Jong. “With so much at stake, it’s in the best interests of Canadians to get building.”

“Our goal is to work collaboratively with government, energy companies, First Nations and environmental groups,” explains de Jong. “It’s not about forcing a choice between either energy or the environment. We need to build these projects to create jobs for Canadians and grow our economy, and we also need to provide proper stewardship to the environment and respect the communities within which these projects take place. Canada has the expertise, technology and innovation to move forward in the most responsible way possible. We believe it’s time to get building.”

While fair, open and transparent construction tendering should be the principles that guide the public procurement process in every region of Canada, this isn’t the case. In Manitoba for example, de Jong believes outdated labour laws have allowed project labour agreements to continue, driving up costs, and preventing workers who don’t carry the “right union card” from working on major publically funded infrastructure projects. PCA is confident that by working with the new government in Manitoba, this is about to change. In Ontario, PCA is also working to change the province’s Labour Relations Act.

PCA has galvanized support for its Fair Construction campaign aimed at amending the act so that all Ontario municipalities can fairly and openly tender publically funded construction projects. Currently, in municipalities where tendering is restricted, such as Toronto, Sault Ste. Marie, Hamilton and Waterloo Region, local qualified companies and workers are shut out of the bidding process. This lack of competition makes construction more expensive, according to de Jong.

“There’s plenty of good research to show that restricted tendering inflates construction costs by anywhere from 20- to 30%. It means taxpayers are not getting good value and infrastructure funding is not stretching as far as it should. The more it costs, the less that gets built. That has to change,” he says.

And change is happening. In September, the Greater Essex County District School Board succeeded in its appeal before the Ontario Labour Relations Board. The ruling means that the school board is no longer forced to artificially restrict construction project awards to contractors affiliated with select unions.

“The ruling helps pave the way for other school boards and municipalities to free themselves from construction labour monopolies”, adds de Jong. “This is a significant step forward in making construction tendering fair and putting public interests first.”

To learn about PCA, visit: www.pcac.ca.

For more about PCA’s “Let’s Build It” campaign, go to: www.pcac.ca/action 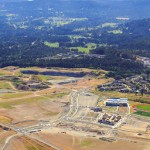 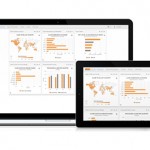