In an election year and with a federal budget on the way, many Canadians will be watching to see whether the Harper government keeps its 2011 promise to double the Tax-Free Savings Account (TFSA) contribution limit once the budget is balanced. Canada’s finance minister has said the federal government is on track to balance the books in fiscal 2015-16.

Some argue that a doubling of the annual contribution limit will only benefit the wealthy and; therefore, the government should not proceed. But is that any reason not to increase the allowable TFSA contribution room?

The fact is, there are many features of our tax system that benefit one segment of society over another.

Additionally, household saving is important as it provides funds to finance capital investment needed to promote long-term economic growth. Everyone benefits when the economy is growing.

Lightening the taxation of savings and assisting households in their desire to save in tax-recognized saving plans—whether in a tax-prepaid plan, like a TFSA, or a tax-deferred plan, like a Registered Retirement Savings Plan (RRSP)—is good economic policy.

Since launched in 2009, the TFSA has become a very popular saving vehicle for Canadians. It is a great tool for accumulating wealth to retire more comfortably, to make a down payment on a home, to save for children’s education, to start a business or to make an important purchase. Contributions to a TFSA are not tax-deductible and investment income (i.e. capital gains, interest and dividends) earned in a TFSA and withdrawals are tax-free.

The annual contribution limit was originally set at $5,000, but the dollar amount is indexed to keep pace with inflation resulting in the limit being increased to $5,500 in 2013. Unused TFSA contribution room can be carried forward and withdrawals can take place at any time. As an added bonus, the full amount of withdrawals can be put back into a TFSA without affecting available contribution room.

According to the Canada Revenue Agency (CRA), 4.8 million Canadians over the age of 18 opened a TFSA in 2009. In that year, financial assets held in TFSAs had a total fair market value of $18.2 billion. By 2012, the fourth year of the program, 9.6 million Canadians had a TFSA and the financial assets held in TFSAs were valued at $87.5 billion. Preliminary CRA data suggest that TFSA assets grew to $118 billion in 2013.

The Office of the Parliamentary Budget Officer (PBO) estimates the total fiscal cost of the TFSA program to be approximately $1.3 billion in 2015. The PBO notes that 67.2% of the annual cost is borne by the federal government and 32.8% by provincial/territorial governments. This is foregone tax revenue because investment income earned within a TFSA is not subject to taxation. Additionally, and unlike RRSPs, income earned in a TFSA and withdrawals are not subject to clawbacks of federal income-tested benefits and credits, such as the Guaranteed Income Supplement, Old Age Security, the Canada Child Tax Benefit, the GST/HST sales tax credit and the Age Amount tax credit.

It is a myth that only the rich have benefitted from the TFSA program. The PBO notes that currently, tax benefits are relatively balanced across wealth groups. High-wealth households who contribute to a TFSA benefit almost exclusively through tax savings—investment income earned within a TFSA is exempt from taxation. Low- to middle-wealth households who contribute to a TFSA benefit in two ways: 1) they accumulate investment income tax-free within the plan; and 2) withdrawals do not affect their eligibility for federal income-tested benefits and credits which are generally clawed back as a person’s income rises above certain thresholds.

Some are calling on the federal government not to double the TFSA contribution limit because it will mainly benefit the wealthy. By the way, this criticism would also apply to RRSPs.

The fact is, assets in TFSAs (e.g. equities and bonds) finance business capital investment (e.g. the construction of factories and office buildings and the purchase of machinery and equipment) which spurs job creation and economic growth. Everyone benefits from that. Additionally, TFSA proceeds will eventually be spent—remember that investment earnings can be taken out at any time, tax- and penalty-free. This spending will generate further economic activity and GST/HST revenue for government coffers.

The United Kingdom has the Individual Savings Account (ISA). Like the TFSA, any investment income earned in an ISA is exempt from tax, and individuals can access their accounts at any time. As of July 2014, the annual tax-free ISA contribution allowance is £15,000 (approximately C$28,300) that can be in cash or stocks & shares, or any combination of the two. The contribution limit will rise to £15,240 on April 6, 2015. The ISA is a little more restrictive than a TSFA in that any unused allowance cannot be carried forward. Moreover, any money withdrawn cannot be replaced in the same year. For example, if an individual puts in £4,000 in a Cash ISA, but withdraws it two months later, they will only be able to put in a further £11,000 over the rest of the tax year.

The United States has the Roth Individual Retirement Account (IRA). Like the TFSA, contributions are not tax-deductible, but Roth IRAs come with special rules.

Individuals can withdraw money they have contributed at any time tax-free and penalty-free, but any amount they take out over and above what they have contributed (that is, if they dip into their earnings) is subject to income tax plus a 10% penalty if the individual is under the age of 59½. All withdrawals (contributions and earnings) made after the age of 59½ are tax-free and penalty-free provided it has been at least five years since the individual first opened and contributed to his/her Roth IRA.

Contributions are limited to US$5,500 (US$6,500 for individuals over 50 years of age) in the 2015 tax year, and may be restricted based on an individual’s income and filing status. Individuals with Adjusted Gross Income (AGI) of up to US$116,000 (for single tax filers) or up to US$183,000 (for married couples filing jointly) may contribute to the maximum allowed. The contribution limit is phased out for those individuals who have an AGI between US$183,000 and US$193,000 (married couples filing jointly) and between US$116,000 and US$131,000 (single tax filers). An IRA can only be funded with cash or cash equivalents.

The Cato Institute, a Washington-based public policy research organization, commented that the Roth IRA is similar to the TSFA, but far inferior. The think tank said, “Why are we letting Canadians have all the fun? Everyone agrees that Americans don’t save enough, so why don’t we kick-start a home-grown savings revolution with a U.S. version of TFSAs?”

TFSAs appeal to just about everyone.

Low- and modest-income individuals like TFSAs because withdrawals and investment returns earned in the account will not affect their eligibility for federal tax credits and benefits, such as the Canada Child Tax Benefit and the Guaranteed Income Supplement. They have a greater incentive to save for their retirement years and for other short-term needs.

Seniors, in particular, like TFSAs because they can no longer contribute to an RRSP after December 31st of the year they turn 71 years of age.

Younger savers can use TFSAs to help fund their first home purchase or post-secondary education.

Canadians who have made the maximum contribution to their RRSP have another tax-effective saving vehicle.

Society as a whole benefits from the enhancement of tax-favoured saving schemes. 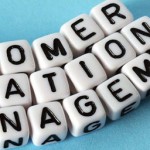 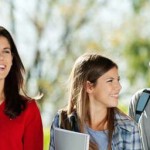