MONTREAL, May 07, 2020 (GLOBE NEWSWIRE) — Low-income workers considered essential in the fight against COVID-19 will see their wages increased as a result of a $4 billion federal-provincial agreement, Prime Minister Justin Trudeau confirmed today.
Wage premiums could be given to certain health care workers, but the provinces could also allot them to truck drivers or grocery store workers. The Teamsters Union, which represents tens of thousands of workers in these sectors, welcomes the federal government’s initiative.“This premium will lighten the financial burden of many families across the country,” noted Teamsters Canada president François Laporte. “The various levels of government must now ensure that this money finds its way in these workers’ pockets.”The COVID-19 pandemic has highlighted disparities in several types of employment, including in the retail sector. Yet these employees play a major part in the collective effort to ensure the well-being of the entire population.“I have a special message for our truckers criss-crossing North America carrying food and medical supplies,” adds the Canadian labour leader. “  We will do everything we can to press for benefits to thank you for your dedication and courage.”“Your sacrifices do not go unnoticed.”Without truckers and grocery store workers, in particular, the last eight weeks would have been very difficult for many Canadians. These dedicated workers deserve our admiration and thanks.The Teamsters Union represents the interests of 125,000 members in Canada. They are affiliated with the International Brotherhood of Teamsters, which has 1.4 million members in North America.Information:
Stéphane Lacroix
Director of Communications and Public Affairs
Teamsters Canada
Cell: 514-609-5101
slacroix@teamsters.ca
CBJ Newsmakers 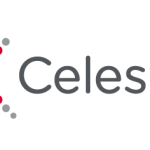 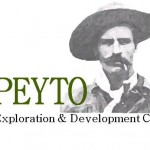