The World is a Bubble and China Has the Pin

The world is in the middle of the largest migration in the history of mankind. Millions of people are leaving their farms and villages and swarming into large congested cities causing tremendous economic turmoil and civic unrest. However, this mass disruptive migration is not happening in places that immediately come to mind, like Syria, Iran, or Iraq. It is happening in China. And why should this mass migration bother the rest of the world? Because it is not working!

I recently had a chance to interview Mike Verge, author of the newly published book, ‘Global Deflation, and the Next Great American Decade to Come. He says that over the past decade, the Chinese government has been implementing a plan of moving people out their traditional rural farming environments into a more urban lifestyle in newly designed cities built specifically for them. These massive cities were built in the Chinese ‘mid-west’ to house immigrants from the far west of China. The problem is that the migrating citizens passed up these mid-west cities and moved directly to the existing coastal cities, like Guangzhou, Shenzhen and Shanghai. This huge migration has resulted in a massive stampede for residential housing and has eventually caused a housing bubble all around the world.

In his book Verge talks about the empty ‘Ghost Towns of China’ that are so big that you can see them from outer space. These cities were built by the Chinese government ostensibly to house the population of the mass migration, but in reality were just part of a massive government infrastructure project designed to create jobs and economic growth. This gargantuan task consumed massive amounts of commodities like copper, iron, coal and oil from all over the world generating a Chinese growth rate in the range of 12%. To keep the scheme going, each new project needed to be larger than the last one. But when people skipped these cities and the houses lay empty, the construction stopped and the Ponzi scheme fell apart. The Chinese economy turned down causing massive deflationary pressures. This is when the Chinese government panicked.

In the first quarter of 2016, the growth rate had dropped to 6.5% and the Chinese government gambled. They decided to use their last tool, the equivalent of the economic bazooka. They printed the Yuan equivalent of US$1 trillion. This massive amount of money was intended to re-vitalize their industrial and manufacturing facilities, but instead found its way into real estate in China and around the world creating the largest global real-estate bubble in modern history. Now China has another problem.

China has the Pin

To do all this, the Chinese have resorted to printing ever increasing amounts of money and racking up vast amounts of debt. As a result their currency is devaluing fast. In 2013 each Chinese Yuan was worth 16.5 cents (U.S.). Today it is worth 14.4 cents (U.S). If it continues to fall at its’ current rate, global commodities will drop, global economic growth will collapse, and a massive wave of deflation will engulf the world.

I recommend Verge’s book because he goes further than this and describes a completely counter-intuitive deflationary world where oil prices drop, retailers are reduced to ‘showrooms and phones’, banks are formed where nobody pays, and asset taxes replaces income taxes. Although he does suggest some disturbing economic scenarios, none of them fully explores the China Bubble scenario. However, in our discussion, he told me not to take our eye off China. Will we see global growth or hear a massive POP? As Verge says in his book, the world is in a massive bubble, and China has the pin! 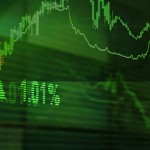 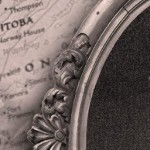 American Revolution 2.0 and What it Means for Canada