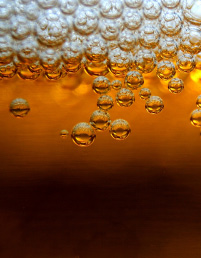 Despite accusations from the temperance movement that alcohol was the source of most societal problems, the majority of Canadians strongly rejected the prohibition in the early 20th century—Québec flatly refused it. Provincial referendums overthrew legislation in the mid-1920s and alcohol was made accessible to Canadians, once more.

It was in 1927 that Ontario gave into public op­position and repealed anti-alcohol laws. As not to relinquish all control—and to appease angry temperance advocates—the Province decided that beer would be sold through a single network of stores, organized by Canadian brewers. Thus, the Brewers Warehousing Company (now called Brewers Retail Inc.) came to be. To Ontarians, it’s known as The Beer Store.

As a near-monopoly, The Beer Store’s only real competition is the Liquor Control Board of On­tario (LCBO)—a government-owned corporation with stores that sell wine, beer and spirits. Even then, The Beer Store provides over 90 per cent of the beer sold in Ontario, via its 440 store lo­cations or distribution to restaurants and bars.

For the choosey customer, the best thing about The Beer Store is its variety. Interestingly, the company does not pick and choose the products it sells. Instead, The Beer Store is ap­proached by individual brewers, leaving the door open to hundreds of products. This process has made the system available to any brewer in the world—provided the LCBO has approved it for sale. In fact, The Beer Store does not refuse ac­cess to any approved beer product.

“Everyone is welcome,” says Ted Moroz, President. “Right now, we’re carrying close to 340 products from 80 brewers around the globe. Roughly 40 per cent of the brands we sell are imports, representing 20 to 25 countries. The rest are from Canada and, specifically, Ontario.”

For companies who want to sell their beer through The Beer Store, the process is pretty simple. Brewers can choose the precise loca­tions in which to feature their beer; it could be one store or all of them. Depending on the number of stores they select, brewers can pay a per-store listing fee or a single fee for the entire system. The per-store listing fee better accom­modates brewers whose primary interest was accessing localized markets.

Naturally, inventory has to meet a minimum sales quota within each store to remain listed. But the requirements aren’t as stringent as other retail systems, such as grocery stores. In larger locations of The Beer Store, for example, brewers might only be required to sell one six-pack per month, to meet this quota.

Because The Beer Store has been a brewer-owned company right from the beginning, brew­er neutrality is important. Today, its owners are Labatt Brewing Company, Molson Canada and Sleeman Breweries, but policies are in place to ensure The Beer Store does not favour any par­ticular brewer over another.

“The way we order is by matching our in­ventory to the market share of each brewer,” explains Moroz. “We do that on a store-by-store basis. If a product has five per cent of a store’s market share, it will represent 5 per cent of that store’s inventory.” Of course, exceptions are made to accommodate the needs of smaller brewers.

Ontarians would likely be satisfied just to have an establishment from which to buy beer, without any frills. But The Beer Store doesn’t see itself like that. Moroz is passionate about the com­pany’s environmental initiatives and the com­pany has a long history of environmental efforts. “We were green before it was cool,” he laughs. “We have always had the recycled bottle system, where all collected materials are either reused or recycled. It’s one of the most successful waste diversion programs in Canada. To put that in per­spective, we save taxpayers $38 million in added blue box costs.”

In 2007, The Beer Store launched the On­tario Deposit Return Program (ODRP), an initia­tive that takes in wine and spirit empties, along with the usual beer bottles. “It’s a substantial project,” Moroz adds. “The ODRP means 350 million more containers are being recycled per year. If it was up to us, nothing would go to the landfill.” With a bottle recovery rate of over 95 per cent, the company’s vision is a near-reality.

On the energy efficiency side, The Beer Store is narrowing in on a huge consumption culprit: refrigeration. Along with installing con­trolled thermostats in the refrigeration units—for which Toronto Hydro named them Customer of the Year—the company is also implementing refrigeration units that incorporate outside air to help refrigerate the product. “It reduces electric­ity use by 50 per cent,” says Moroz.

What is perhaps most refreshing about these green initiatives are the altruistic motives behind them. Sparse competition means The Beer Store doesn’t need good PR to give it an edge in the market. Instead, the company sees sustainability as a way of giving back. “We want to be recognised by Ontarians for our efforts,” tells Moroz. “In return for the privilege of having the beer store in Ontario, we have to play our part by making better decisions for the environ­ment.”

Everyone is a customer

Not everyone in the province drinks beer—some are too young, some don’t like the taste and some people don’t drink for personal reasons. Regardless, The Beer Store sees everyone as a customer, drinkers and non-drinkers alike. Even if someone never steps foot in one store, they share public spaces with people that do. That’s why social responsibility is one of the corner­stones of the business. Through programs and partnerships, The Beer Store advocates respon­sible alcohol use.

“We challenge over 4.4 million people per year,” Moroz maintains. “Our policy is called ‘ID 25.’ If someone looks 25 years old or younger, we ask them for identification. We refuse ser­vice to at least 120,000 people per year—whether they are underage, intoxicated or have improper ID.”

To ensure employees are maintaining this standard, The Beer Store tests its ID 25 pro­gram regularly. “We send in mystery shoppers that are of age,” says Moroz. “We shop all of our stores at least three times a year, just to make sure the program is working well. We follow up with remediation wherever necessary.”

Furthering its commitment to social respon­sibility, The Beer Store partners with the Ontario Community Council on Impaired Driving (OC­CID). The council’s Arrive Alive DRIVE SOBER® program celebrates and promotes sober driving in Ontario, encouraging drivers to plan ahead, drink responsibly, take cabs or stay overnight. Recently, The Beer Store and OCCID have joined to create a new online program to ensure every employee receives additional training. All of The Beer Store’s employees will go through this four-hour program, between now and the spring.

Although The Beer Store seems to prioritise the customer, it’s interesting to hear that its number-one priority is actually employee health and safety. “We’re big on safety awareness,” says Moroz. “The employees are the most important aspect of the organisation, and every one of them deserves to go home as healthy as when they walked in. I would argue that putting employee wellness at the forefront of the business breeds great customer service. If our people are healthy and happy, they can provide the best service to our customers.”

For a company that only sells beer, there is a lot The Beer Store is doing to distinguish itself from a mere vendor to an advocate for community safety, health and sustainability. The Beer Store should be proud of all it has accomplished in the last eighty years. Here’s to eighty more! 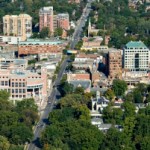 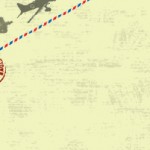