The Canadian Chamber of Commerce

We had the opportunity to speak with the Honourable Perrin Beatty, President and Chief Executive Officer of the Chamber, and Roger Thomas, Chair of the Board of Directors. Despite the turmoil of the North American economy, the two business leaders made it clear just how important Chamber membership can be when things are uncertain.

Experience to lead the way

Thomas had an interesting insight into his activity with the Chamber. He is currently the Executive Vice President, North America of Nexen Inc. Thomas has been in the energy sector for most of his career, and has been a member of the Chamber since May 2002.

“I’ve been involved in the Chamber since before 2002, having recognized how important getting involved in industry organizations can be, regardless of the state of the economy. I originally got involved because of the signing of the Kyoto Protocol, at the time when businesses were trying to comprehend how the Protocol would affect the energy sector. I was part of the group that presented to the Canadian Chamber in Calgary about the Protocol. It wasn’t until that day that I saw what the Chamber could really bring to businesses and the marketplace. The Chamber had a combination that was hard to beat: a strong connection with government officials and ministers, and an unending commitment to the betterment of business in Canada.”

Over 170,000 companies are part of the Chamber’s network, and the majority are small and medium-sized. But size of a business has no bearing on its importance to the Chamber, which represents the interests of all businesses.

The Honourable Perrin Beatty is the principal spokesperson for the Canadian Chamber. Prior to joining the Chamber in 2007, Beatty held several positions in government and was the President and CEO of Canadian Manufacturers & Exporters (CME).

Where is the leadership?

In a reaction to the Federal Government’s Economic and Fiscal Statement on November 27, 2008, the Chamber made a poignant observation about the level of inaction by parliament to help Canada in its current economic slump. The Chamber’s statement said that the update “failed to provide concrete measures to stimulate the economy.”

Beatty reiterated the Chamber’s stance on the issue: “We would have liked to have seen a lot more substance to the update, with more of a plan for boosting the Canadian economy. We were disappointed that the Minister of Finance recognized that Canada is in recession – but failed to send out a strategy to deal with it. We’d like to see, at the very least, a budget.”

The Chamber’s reaction to the update was a result of a long and hard battle to emphasize how important leadership and planning is for the future, as Canada fights to stay on an even keel through a downturn.

“Clearly, the government needs to develop a plan to inject the economy, and take a leadership approach to these issues. Are politicians ready to put economic issues first, and are they prepared to ensure the well-being of the entire economy? We haven’t been sure thus far. The thing that has been distressing is that sometimes political parties have put their self-interest and politics in front of economic sustainability.”

As Canadians prepare for the upcoming year, many are scrambling to ensure their jobs are secure. The current political landscape has not boosted confidence in government leadership, which adds to the uncertainty.

Thomas says that at economic and political crossroads, the Chamber can offer direction and insight to business leaders, and those in need of strategic guidance. “It’s at times like this – times of crisis – that you need an organization like the Chamber that can speak for all of business – for all of the country. We can present a well-thought strategy for how we can strengthen our economy. We’re helping to fill a void in terms of economic leadership in the country.”

Beatty adds: “We help the government develop a template, help pave a path forward. When we sit down, we make a recommendation for policy areas that they should be paying attention to, and those insights come directly from our members. The chamber represents something unified – every sector, every industry, every small member in the country can seek a voice in us. When we develop our policy it’s designed to give one piece of advice to the government in the interest of the whole of the Canadian economy, the whole of the business community.”

The Canadian Chamber is planning to host several events in 2009, including a business forum on Illicit Trade (see below).

Medecine. Brakes. Electrical products. Nothing is safe from the global reality of intellectual property theft. Counterfeiting is all around us, and threatens not only Canadian innovations, but also our health and safety and impacts every sector of the economy.

Keeping the pressure on the federal government to take appropriate action to protect Canadians, Canadian business and intellectual property is urgent. This event will do just that.

Hear from government officials, the RCMP, and business leaders. And don’t miss the launch of the Canadian Intellectual Property Council’s landmark white paper presenting practical, easy steps that the federal government can take against counterfeiting and piracy. Through this important event, we will arm ourselves with knowledge to find the best way to fight back and put an end to illicit trade.

The event will include discussions with keynote speakers such as the Honourable John Wilkinson, Minister of Research and Innovation, Government of Ontario, Declan Hamill, Vice President, Legal Affairs and Intellectual Property Policy for Canada’s Researched Based Pharmaceutical Companies, and Joseph Neu, Vice President, Engineering Codes & Standards with Electro-Federation Canada.

The Canadian Chamber will be tackling several issues in the New Year, including  climate change, border issues, international trade, skills shortages, and productivity.

Beatty and Perrin agree that above all else, member engagement is key to the development of policy. 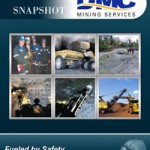 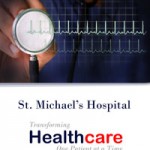