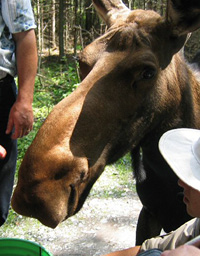 The city with a heart of gold

The City of Timmins, Ont., is at an interesting junction. The city is celebrating 100 years since the Porcupine Gold Rush, the event that is responsible for putting Timmins on the map and one that introduced this part of Northern Ontario to thousands of prospectors and miners in search of prosperity. 2009 marked 100 years since the first prospectors staked a claim in the Porcupine Camp. In 2010, the city celebrated 100 years of mining recognizing the riches of three gold mines that are of historical significance: Dome, Hollinger and McIntyre Mines. This year marks 100 years since “the great Porcupine fire of 1911” that burned through the mining camp claiming many lives and livelihoods in the process. While this unfortunate turn of events may have caused a setback, ultimately it did little to stem the tide of Timmins’ growth. At the same time it celebrates its rich history, Timmins is moving forward with the development of a vision/strategic action plan that will provide the city with a blueprint that will govern and establish strategic direction for economic development over the next 10 years.

The Porcupine Gold Rush of 1909 is said to be the largest gold rush ever. By 2001, the Porcupine Camp had mined over 67 million ounces of gold, compared to the 12 million ounces produced during the well-known Klondike Gold Rush. The discovery of gold in 1909 helped shape Timmins and the many things that define it. Its colourful past helped to shape its promising future. Since that early gold rush, Timmins continues to grow around the prodigious mining industry and many of the properties discovered 100 years ago that are still in production today. An example of this is the well known Dome Mine property and one of the first mines in the Porcupine mining camp, a few kilometres east of the city, has produced more than 14.5 million ounces and it remains in production to this day.

Supported by innovation in mining, communication and infrastructure technology, Timmins has crossed over from a resourced-based community to a diversified economy that nurtures emerging businesses and career opportunities. It is outlined as a “strategic core area” in an exhaustive new outlook written by the provincial government that aims to strengthen networks and collaboration among businesses, including “the education and research sectors, economic development organizations and northern communities.”

Released in early March, the Growth Plan for Northern Ontario is refocusing the Ontario government on the vast northern region, drawing up a blueprint that will bridge Northern Ontario’s natural and human resources with a diversified economy for the next 25 years.

There is no question that the plan is a very important document,” says Timmins Mayor Tom Laughren. “It captures a lot of the thinking from right across Northern Ontario where communities are subject to the same issues and where many share in the same opportunities.”

The plan is partially an economic development, infrastructure, investment and labour market and land use plan. Its significance, if only as an idea at this early stage, is that it delineates the role and impact Northern Ontario can and will have in the coming decades, and Timmins will have a major role in that future. No longer bound by a singular resource economy or geography, and with technology reducing the distance in communication, Timmins is a gateway to the Ontario’s vast and plentiful resources.

As Timmins reflects on the many milestones that have defined the community, government stimulus, a promising commodities market, education and health care are propelling the city into the 21st century.

“Timmins has diversified very quietly over the years in terms of health care, retail, education—the services that are provided out of Timmins as a regional centre or hub for the northeast make us an attractive, very professional, educated, community to live in,” says Laughren.

It hasn’t been an easy ride for Timmins to reach this stage in its history. As a community whose primary industry is mining, it is extremely receptive to boom and busts of the market. With the current record-high prices for silver and gold, Timmins is now in the spotlight. “Right now there are approximately 90- exploration companies with a vested interest in the Porcupine Camp. Collectively, they are investing millions in the City’s economy while they explore this vast area hoping to discover the next significant ore body. This type of mine related activity benefits every sector of our economy fuelling exponential growth throughout our economy “says Laughren.

“We have not seen exploration activity like this in a very long time. Interest in the City of Timmins is at an all time high” says Laughren. “It’s just a matter of time before there is another big discovery which will certainly benefit us all, but in the interim, the mining supply and service industries are benefiting in a big way from all of the exploration activity. Everyone benefits.. retail, accommodations, restaurants, gas stations, safety supply stores, big box stores, they all see incremental business… and this fuels additional interest in our community from other businesses looking to capitalize from the “gold rush”. You also have a number of fair-sized developments happening in and around the City of Timmins [e.g. exploration activities in the Mattachewan and Cochrane region] where Timmins has benefitted a great deal. And let’s not forget the eventual impact that the Ring of Fire will have on Timmins, and on a number of other northern communities once it gets the go ahead.”

While this news is positive, Timmins’ economic development is contingent on a diversified economy, something to lessen the harsh edge when mining is more bust than boom.

As business opportunities increase, Timmins’ continues to build its reputation of being an attractive regional centre for the many smaller communities located nearby. In fact, Timmins serves a regional population of about 150,000 people. Post-secondary education and health care are also important areas that support the City’s efforts to diversify. With this in mind, there have been a number of new investments by Northern College, College Boreal, and Universite de Hearst, all of which serve to enhance the City’s position of being a competitive destination for post-secondary education opportunities while providing residents with affordable options for a post-secondary education.

The Timmins and District Hospital is also contributing to the city’s diversification objectives. A world class facility, the Timmins & District Hospital has been recognized by the Ontario Hospital Association for its leading patient-focused initiatives. “The hospital is working hand in hand with the Northern Ontario School of Medicine with campuses in Sudbury and Thunder Bay. Many of the students graduating from that institution are now considering Timmins. Many are pleasantly surprised and impressed with the quality 21st century health care that we are currently able to offer from Timmins, including the ongoing construction of a multi-million dollar dialysis unit needed to accommodate a growing number of patients receiving both haemodialysis and peritoneal dialysis. Our overall quality of life is also very attractive to them” continued Laughren.

To continue the momentum of the Growth Plan, northern municipalities meet every year, this year in Timmins. This year’s annual Federation of Northern Ontario Municipalities (FONOM) is taking place on May 11 to 13 at the McIntyre Community Centre. Described as a “unified voice of northeastern Ontario”, the conference is really the federation of the area’s municipalities, giving a forum to discuss shared challenges such as government legislation and policy, decreasing property tax base, transportation, energy, infrastructure, among others.

According to Guy Lamarche, Manager Tourism, Events & Communications, “the conference is expected to attract between 200 and 300 delegates. Their visit to the “City with a Heart of Gold” will benefit a number of our business stakeholders including hotels, restaurants, gas stations, attractions and the City’s retail sector. Conferences are important to any City and the added visitations drive supply and demand. Three developers have expressed an interest in building national brand hotels in the Timmins market. The addition of these new properties will have a positive impact on the number of visitations that Timmins can sustain as we go forward with the implementation of a tourism strategy that will focus in part on attracting more conferences and conventions. The additional room capacity will also prove beneficial when targeting the lucrative sports tourism market.”