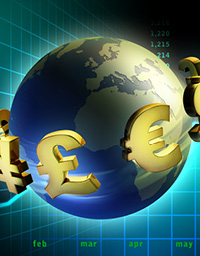 Recently released data by the World Bank show that global remittance flows — the money international migrants send to their home countries to support their families and communities — will reach an astounding US$582 billion in 2014. Of this, developing countries will receive an estimated US$435 billion.

An estimated $23.9 billion in remittances flowed from Canada to other countries in 2012, the most recent year for which data are available.
The true size of remittance flows is likely much larger because many transfers take place through unofficial and informal channels.

Remittances have been described as the hidden force in global economics. They are an important and stable source of external funds for developing countries. In fact, remittance flows are more than three times larger than official development assistance provided by government agencies. International institutions, including the World Bank, consider remittances to be a powerful anti-poverty force in the developing world.

The Group of Twenty (G20) industrialized and emerging-market countries, of which Canada is a member, have put remittances on the global policy agenda. They recognize international development, and the role that remittances play in development, as essential elements for achieving strong, sustainable and balanced economic growth. The G20 has committed to look for ways to reduce the cost of sending remittances so more money can get to where it is needed the most. Canada can assert leadership in this regard.

Canada sends more in the form of remittance, on a per capita basis, than any country in the world (an average of US$672 per person). Additionally, it has experience in seeking innovative financing mechanisms that can make a positive contribution to reducing the cost of international remittances.

The World Bank defines an international migrant as “any person who changes his or her country of usual residence.” The definition includes long-term migrants and short-term migrants (those that move to a country other than their usual residence for a period of at least three months, but less than a year).

There are more than 230 million international migrants worldwide. Many retain strong ties to their homeland, sending money to help improve the lives of their families and friends. This flow of money, referred to as remittances, has more than tripled in the last ten years, surpassing the half-trillion-dollar mark, as more people than ever cross national borders to live and work. Access to computers in developing countries, the growth in wireless telecommunications, and an expanding global network of financial institutions have facilitated the transmission of international remittances.

Large countries receive more remittances, but small countries are often more dependent on them. According to the World Bank, remittances to India, the world’s largest recipient, are projected to reach US$71 billion in 2014 thanks to the generosity of the over 14 million people born in India that live abroad. Other major recipients include China (US$64 billion), the Philippines (US$28 billion), Mexico (US$24 billion), Nigeria (US$21 billion) and Egypt (US$18 billion).

Despite the large sums of money flowing into large countries, in many instances they are a relatively small share of Gross Domestic Product (GDP). For instance, remittances account for only 3.7% of India’s GDP and less than 1% of China’s GDP. Other countries are far more dependent on remittances. In Nepal, for example, remittances account for 29.0% of GDP, in Gambia for 20.0%, in Lebanon for 17.0%, in the Philippines for 9.8% and in Egypt 6.6%.

The World Bank notes that remittances play an effective role in reducing poverty in the developing world—they can be a lifeline, providing money to meet basic needs such as food, clothing and shelter. Remittances help pay for education and healthcare, the most important investments in human capital. Most of the goods and services purchased are produced locally. The increase in local demand drives domestic production and jobs. Remittances can also provide much needed capital to launch and grow small businesses and fuel entrepreneurial activities. They are a vital source of assistance to families in the event of devastating natural disasters.

For a recipient country’s economy, remittances represent an important source of foreign exchange that help sustain the balance of payments. Remittances boost national income and can improve the receiving country’s creditworthiness, thereby enhancing its ability to borrow in international capital markets.

Critics argue that remittances create a cycle of dependency, undercutting recipients’ incentive to work. In some cases governments have relied on remittances to sustain economic activity instead of undertaking necessary policy reforms to improve the performance of their economy. Beyond concerns of dependency, there is the issue of the brain drain.

Canada is the third largest sender of remittance globally (after the United States and Saudi Arabia) and the largest sender of remittance per capita in the world. This is not surprising given that one in five people in Canada (6.8 million individuals) are foreign born, the highest proportion of foreign-born in the G8. Some have called Canada home for many years, while others are relatively new to the country. Historically, most immigrants came from Europe. Among the recent immigrants (those that arrived in Canada between 2006 and 2011), close to 60% came from Asia, 13.7% from Europe, 12.5% from Africa and 12.3% from the Caribbean, Central and South America.

The Philippines was the leading country of birth among people who immigrated to Canada between 2006 and 2011, followed by China and India. Therefore, it is not surprising that these countries are Canada’s largest remittance recipients. China, India and the Philippines received US$3.9 billion, US$3.5 billion, and US$2.0 billion, respectively, from Canada in 2012. Other countries that received large remittances from Canada included the United Kingdom (US$1.2 billion), France (US$1.0 billion) and Lebanon (US$1.0 billion).

Despite nearly US$24 billion leaving Canada annually in the form of remittance, there is little official data collected in Canada on remittances. Other major countries, including the United States and Australia, have been compiling such data for years. The World Bank calculates remittance figures for Canada by working backwards from the countries that receive the funds. Perhaps, data on remittances is not collected in Canada because from the federal government’s perspective, the amounts are negligible (equivalent to 1.3% of Canada’s GDP). Additionally, the remittance figures are very small in the context of total financial transactions.

Nonetheless, it may be important to track remittances to get a clearer picture of the characteristics and behaviour of remittance senders. When migrants send money to their families abroad, they have less money to spend domestically. Does this impact their decision to buy or rent a house, or where to live? Do they need to work multiple part-time jobs? It is important to have answers to these type of questions because the answers have implications for the broad economy.

Maximizing the Development Impact of Remittances

Since the 2008-2009 economic downturn, the leaders of the G8/G20 have focused on achieving strong, sustainable and balanced global economic growth. Strengthening development is central to the G20’s objectives, and remittances are an integral part of the long-term development agenda.

The G8/G20 have put particular emphasis on reducing the cost of sending remittances so to maximize remittances’ positive development and poverty-reduction impact.

In 2009, the G8 member countries committed to reducing the average cost of transferring remittances from 10% to 5% in five years (i.e. by 2014). This became known as the “5 X 5 Objective.” The G20 leaders endorsed the cost reduction objective in 2010, and formally included the “5 X 5 Objective” target in the Final Declaration issued at the conclusion of the November 2011 G20 Leaders’ Summit. They have reaffirmed their commitment annually since then.

The average cost of sending remittances from Canada fell from 13.28% of the total amount in the first quarter of 2009 to 9.31% in the third quarter of 2014. When migrants send $200 to their homeland, for example, the transaction cost is, an average, $18.62. Average transaction costs range from a high of 13.8% for sending money to Lebanon to a low of 5.1% for sending remittances to the Philippines.

Canada’s average remittance fees are the second highest among the G8 countries (Japan has the highest).

While the amount of money a person in Canada can send and the countries he or she can send it to is regulated, there are no restrictions on remittance fees charged by financial institutions and money transfer agencies.

On the other hand, international anti-money laundering and counter financing of terror regulations may put upward pressure on remittance transfer fees as the cost of compliance is passed on to the consumer.

Migrants have enriched Canada’s economy and cultural fabric. They are the primary source of labour force and population growth in Canada. They bring new investment and innovative practices and help facilitate and increase trade relations with their home countries.

Increasingly, migrants are seen as agents of development. The billions of dollars they send each year to their countries of origin have a positive impact on reducing poverty and are an important component of financing development.

Important challenges remain in both the originating and destination countries to improve efficiencies in the flow of remittances, reduce the cost of sending remittances, and to strike the right balance between curbing money laundering, terrorist financing and general abuse and facilitating the flow of funds. 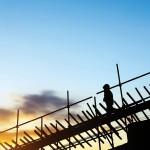 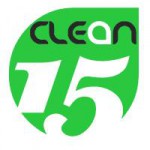