The Economy (and Beer) Flows from the Centre of Canada 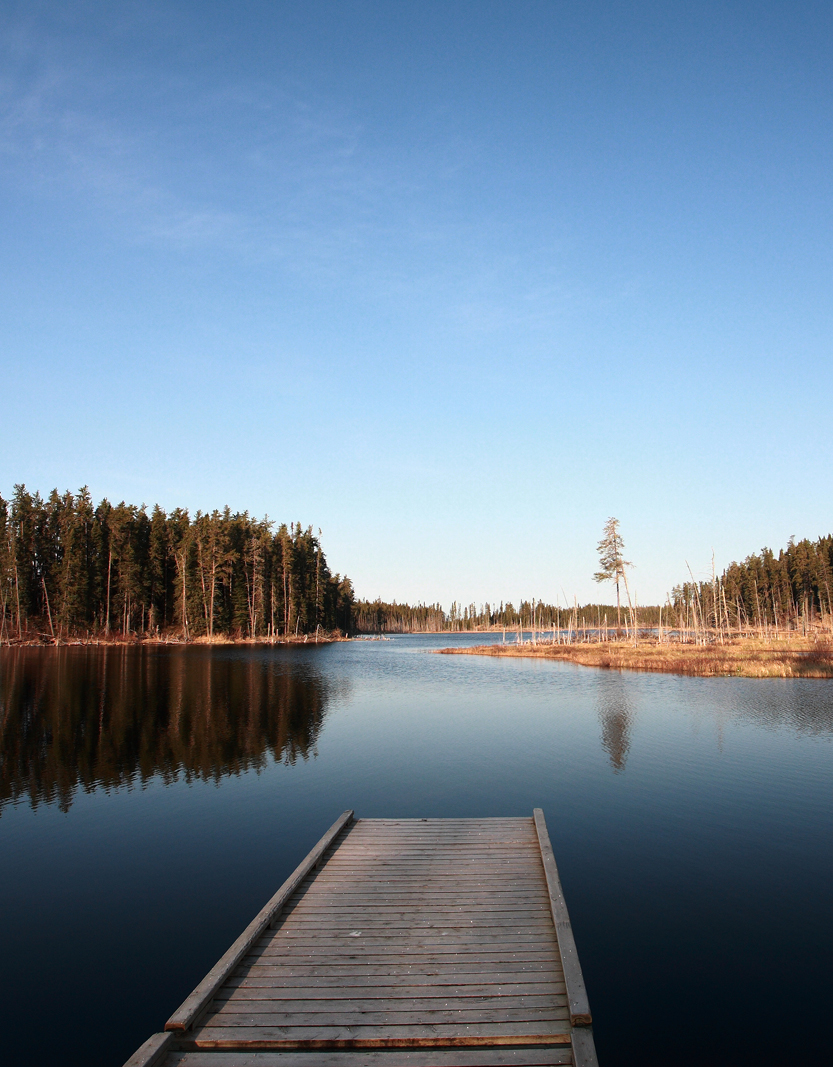 Manitoba and its capital city Winnipeg – home to over 753,600 people (59 per cent of provincial population) – is located where the Red and Assiniboine rivers meet in the longitudinal center of Canada’s geographic footprint.

Population growth this past year was the second largest annual increase in 40 years, an increase of nearly 16,000 over the last year (January 1, 2012); immigration and intra-Canadian migration both being significant contributors, attracting a young skilled, well-educated and affordable work force with a demographic median age of 37.6 years compared to Canadian median age 39.9 years.

Manitoba’s economy averaged 2.4 per cent growth per year from 2005 to 2010; the highest growth among provinces and double the national average increase of 1.2 per cent. 2011 saw GDP growth of 2.2 per cent. Paul Ferley, assistant chief economist at RBC writes in the September 2012 issue of RBC Economics Outlook that he anticipates 3.3 per cent GDP growth in 2012 and 3.2 per cent in 2013 for the province. This is a favourable environment for a business presence.

Manitoban households continue to enjoy relatively healthy personal balance sheets, having the lowest personal debt per capita in Canada. Manitoba is also attracting an increasing number of skilled workers and their families from around the world. Over the last decade, immigration to Manitoba has more than tripled from 4,600 in 2002 to almost 16,000 in 2011, which is the largest influx since 1946. Population growth has supported robust domestic demand in the province. In the first eight months of 2012, Manitoba’s unemployment rate was 5.4 per cent, third lowest among provinces and below the 7.3 per cent national average. Last year, housing starts in Manitoba hit a 24-year high, growing 3.3 per cent, with 6,083 new housing units. Multiple-housing starts were also at their highest level since 1987, growing 17.8 per cent in 2011 to 2,252 units. The vacancy rate in Winnipeg was 1.1 per cent in 2011, below the national average and forecast to be 1.2 per cent in 2012.

Manitoba is the first and only province to drop the small business corporation (CCPC, less than $400,000 profit) income tax rate permanently to 0 per cent. As of December 1, 2010 the Manitoba corporate small business income tax has been eliminated.

Colliers International notes large asset transactions such as commercial real estate are making headlines, for example: “The sale of four new hotels in Winnipeg last year – and construction starting on a dozen more– is evidence that the city is one of the top hotel markets in Canada. Colliers said buyers are being drawn to Winnipeg because of the resilience and stability of the economy, the solid corporate base, a healthy convention business and existing and future draws such as the Winnipeg Jets NHL team and the Canadian Museum for Human Rights.

Sure to boost domestic tourism dollars even more is a proposed private member’s bill by Liberal MP Massimo Pacetti. The Discover Your Canada Act, if adopted, would give families a tax credit of up to $2,000 for travelling domestically. Canadians would indeed have another incentive to cross multiple provincial boundaries and “explore the vastness of their country”, and in the process, discovering Manitoba for the first time, or re-visiting with their children perhaps to experience the Canadian Museum for Human Rights.

What do you sell an increasingly affluent, hard-working, vibrant, youthful and healthy adult population; things that represent the good life. According to www.tourismwinnipeg.com “Over the last decade, Winnipeg has developed into a cosmopolitan city complete with top-notch restaurants, swanky boutiques, exciting attractions and an arts and culture scene that bursts with talent and originality. Home to more than 1,100 restaurants, Winnipeg’s food scene tantalizes every taste bud.”

Manitobans are indeed living the good life in a very significant way. For many, a night on the town includes taking in some of the Province’s most cultural and iconic venues, or premiere competitive sporting events. With good jobs and a high standard of living, the joys of living in Manitoba also include being near spectacular nature and being close to world class exhibits, architecture, establishments and franchises of International flair and appeal.

Increasingly cosmopolitan restaurants and sporting venues are providing guests a premium beer from a microbrewery – a small brewery focused on producing traditional cask ale yet also reflects an alternative attitude and approach to brewing flexibility, adaptability, experimentation and customer service.

By comparison, Brewers Distributors – representing Labatt and Molson, which accounts for about 92 per cent of beer sales in the province, has seen relatively stable overall volumes (+- 1 per cent change) for the beer distributed to MLCC, over the past four or five years. The beer segment of MLCC’s 2012 annual report shows overall beer revenue growing from $242 million in 2008 to $293 million in 2012. Susan Harrison, Senior Communications Coordinator at Manitoba Liquor Control Commission explained, “In Manitoba, beer has always been king. Manitoban beer drinkers don’t seem to be as brand loyal as they once were and are much more willing to be adventurous in their beer choices and experiment with different varieties and at higher price points. We have seen a big movement to premium products; this year, higher priced beers are up over 20 per cent in sales in dollars and litres. Because of the shift to these types of premium products, sales of less expensive beer products are remaining fairly flat. Locally, our two breweries – Half Pints and Fort Garry – offer great, innovative products to Manitobans in the craft beer realm, a growing beer segment. Some of their latest creations include Fort Garry Angry Fish Pilsner, Fort Garry Lime Lager and Half Pints Oktoberfest Strong. The MLCC is happy to help bring local, creative, products like this to the Manitoba market.”

According to the Manitoba Liquor Control Commission (MLCC) sales of alcoholic beverages in the Province’s government stores had these sales figures:

These are higher-end offerings that likely find their way into the fine establishments throughout Manitoba and even beyond, through export and re-sellers.

I sat down with Angie Harris-Fernandes, Marketing Manager and Steve Schafer, Director of Operations of Fort Garry Brewing Company in late-October to see what is making an impact and igniting their passion in the work they do.

What trends do you see in beer sales?

There are six big trends in craft beer in North American that are being echoed in the Manitoba marketplace.

Recession resistant – sales of craft beer in the US continue to grow; budget-conscious shoppers show craft beer is an affordable luxury.

Extreme beers – craft brewers are “cranking up the volume” to create extreme versions of standard beer styles that are higher in alcohol, higher in flavour and typically higher in price. Typically these beers tend to be Imperial IPAs or Imperial Stout/Porters. For example in the U.S., Sam Adams Utopia beer is 27 per cent alc./vol. and retailed for over $125.

Hybrid beers – brewers experimenting and are adding unusual ingredients (adjuncts) like peanut butter, chilies, spices, coffee, or tea leaves to enhance the flavour and intensity of the beer. Brewers are also using whiskey, port and wine barrels to barrel-age the beer which impart distinct flavours to their beer.
Collaboration beers: brewers from two different breweries join forces to create a beer together. A recent example is a beer in the USA called Life & Limb, from Dogfish Head and Sierra Nevada. In B.C., our sister brewery, Russell Brewing Company teamed up with a longtime draught-only craft brewer Storm Brewing to create ‘Big Smoke Ale’ which was a phenomenal success in the B.C. market.

Beer packaging: similar to what occurred in the wine market with labels, the craft beer enthusiast isn’t looking for standard pale ale – they want something unique and different. Brewers are now calling their beer unique and interesting names that provides as much content as possible about the ingredients and method of brewing – e.g. Fort Garry Happy Jack Pumpkin Ale, with label specifying “Oaked & Spiced”.

What is Fort Garry’s projected sales growth 2012-2013 and longer-term?

Overall projected sales growth 2012-2013 for Fort Garry Brewing is forecasted at 5-10 per cent in Manitoba. Growth will be mainly attributed to the introduction of a new premium and super premium category of products in the Brewmaster Series.

Does Fort Garry use any local ingredients?

Water and grain are the main ingredients used to brew beer. The water source is the Shoal Lake watershed, part of the Boreal Forest Region as well as part of the Lake of the Woods ecoregion. The majority of our grain comes from the Canadian prairies, with some specialty grains imported.

How can I follow the progress and product releases of Fort Garry Brewing Company Ltd?

Craft beer drinkers are very active social media users. Fort Garry is rolling out a comprehensive social media strategy whereby we will use Facebook, Twitter, Pintrest, Taplister, Untapped.com to communicate directly with our consumer and to cross promote with our on-premise and retail partners.

R. Brent Lang, CIM FCSI, is active in the fields of finance & philanthropy. He has received recognition as subject-matter specialist in finance, philanthropy & social enterprise.