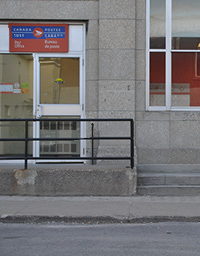 The big question surrounding Canada Post these days is whether or not this once highly profitable Crown corporation will be able to reinvent itself and continue to be relevant in this day and age of the Internet and a growing number of private logistics companies. With less and less people sending conventional snail letter mail, it’s a gigantic concern.

Canada Post was thrown a dose of cold water recently when it was announced the operation lost money for the first time in 17 years in 2011. It’s a trend that’s realistically not ever going to turn itself around unless it completely moves in a new business direction. But what might that direction be? If anything, the downward trend is going to be even more pronounced as more and more people get connected to the Internet and make use of the many alternative transportation methods of getting packages from point A to point B.

The Crown Corporation admits there is an “urgent need to transform the business,” given the long-term trends of declining mail delivery and high labour costs. So just how much did the government-owned operation lose in 2011? The group of companies lost whopping $253 million, ending a 16-year run of profitability.

There is also a strict mandate that Canada Post must be financially self-sufficient to ensure its existence.

The combination of rotating strikes and a lockout one year ago effectively shut down the postal system for 25 days. While that was cause for concern, the bigger problem is a declining customer base. There was a 4.6 per cent decline in mail volumes per point of delivery, which amounts to 20 per cent over the past five years.

“We have a business model that is no longer working,” Canada Post spokesman Jon Hamilton candidly admits.

Some would opine it’s an uphill battle Canada Post can’t possibly win, but from the corporate perspective there is a belief that it can turn its sagging fortunes around by implementing more affordable labour costs, which it aims to achieve through the collective-bargaining process. There is also the possibility of taking better advantage of services related to growing use of technology, such as the delivery of products purchased over the Internet and processing payments for those types of transactions.

In a media release, Canada post says the need to achieve a competitive labour cost structure will be crucial given that home delivery of parcels is becoming a critical part of future activity.

Other factors also contributed to the loss, which was $327 million at the main Canada Post operations. Its group of companies also includes Purolator Inc., SCI Group Inc. and Innovapost Inc.

Another albatross around the neck of Canada Post is the pension obligations to employees. It has been estimated employee pension funds are underfunded to the tune of $4.7 billion, and it had to contribute $510 million to this last year, of which $219 million was considered “special payments.”

Furthermore, Canada Post says finances were further affected by factoring in an estimated cost from a ruling last year from the Supreme Court of Canada that certain employees represented by the Public Service Alliance of Canada, dating back to 1983, were paid less money than those in comparable jobs. The estimated figure for this ruling has not been publicly released. Canada Post said it has been in communication with the union to clarify exactly how much this ruling is going to cost.

There is also a plan to more aggressively pursue growth in e-commerce and e-delivery in an effort to stay relevant in this new digital economy.