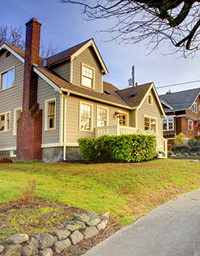 With house prices making new highs in the Toronto market and signs of slow down in the Vancouver market, interest rates at an all time low and warnings from the Bank of Canada about an overheated housing market, the future direction of the real estate market has become questionable in the minds of many Canadians.

In the Toronto real estate market we have experienced two distinct cycles over the past 25 years. A backdrop of declining interest rates, in addition to an influx of immigrants, the baby boom generation being in their peak home buying years and an economic expansion in the 1980s led to soaring house prices that peaked by the late 1980s. The recession of 1990-91, however, caused a rapid slowdown in the housing market and a subsequent drop in the value of housing in the Toronto market that lasted until 1996. Prices bottomed out in 1996 and in the subsequent 16 years we have witnessed one of the greatest real estate bull runs in the history of Canada in particular in the Toronto and Vancouver markets.

The Effect of Interest Rates on House Prices

While the low interest rate environment has been a major stimulating factor in propelling house values higher in the last decade, interestingly rising interest rates have had the same effect at times. At the end of 1979, prime rate sat at 15.25 per cent or more than five times the current prime rate of 3 per cent. By the end of 1980, however, the prime rate rose to 20.5 per cent and by August 1981 it hit an all time peak of 22.75 per cent. As a result, home sales soared and home prices skyrocketed from $70,830 in 1979 to $101,626 in 1983. In this instance, buyers were trying to get in on the game and buy properties and lock in their mortgages before prices and interest rates went even higher. Therefore, rising interest rates helped increase sales and house prices.

By the mid-80s, interest rates dropped dramatically. While prime rate hovered just above 20 per cent in 1980, by 1984 it had dropped to 13 per cent and it dropped even further in 1985 to 9.5 per cent. With lower interest rates housing became more affordable for families and more buyers entered the market creating higher demand and driving prices higher as a result. In 1985, for example, the average home in Toronto cost $109,094. Two years later, that number rose to $189,105 and by 1989 at the peak of the market, the average price of a home in Toronto was $273,698. At that time the prime rate was 11.5 per cent. The subsequent sharp drop in the prime rate during the recession of the early 1990s saw interest rates dropping to 6 per cent by 1992 and the average price of a Toronto home dropping to $214,971. As is evident, the real estate market is always sensitive to fluctuations in interest rates and these fluctuations can have a profound impact on house prices.

According to the Canadian Real Estate Association the national average price for homes sold in July 2012 was $353,147, down 2 per cent from the same month a year earlier dragged down by price declines in Vancouver. However, according to the Toronto Real Estate Board, the average selling price of a home in Toronto in July 2012 was $476,947 – up by 4 per cent compared to July 2011.This means that compared to 1985 Toronto house prices have more than quadrupled in value.

While interest rates are at a historic low at the moment and are a stimulating factor sustaining activity levels in the housing market, a subsequent rise in interest rates can have a dampening effect on the real estate market. Many consumers in Canada are over leveraged and have borrowed heavily against the equity of their homes to invest in the real estate market. A sharp increase in interest rates can cause these lenders to have difficulty carrying their loans and mortgages and accompanied with a subsequent drop in real estate values can cause the kind of dramatic meltdown in house prices that we experienced in the early 1990s.

Fortunately the Federal Reserve Board in the United States has indicated that the interest rates will be on hold there until late 2014. Therefore, it is unlikely that the Bank of Canada will move to increase interest rates any time soon. Most likely the bank will try using other policies such as the recent tightening of the mortgage rules to dissuade speculation in the real estate market and return normalcy to the markets.

The Job Market and the Economy

Several factors contribute to housing prices and interest rates are only one of those factors. Another factor contributing to volume of sales and price of housing is the health of the job market.

While unemployment numbers have not been alarming in Canada, the recent pullback in commodities due to the slowdown in China and the financial woes of Europe has the potential to trickle down into the job market in Canada. The resource sector is a major part of the Canadian economy and jobs in that sector are supported by healthy demand for the products of resource companies. Weaker demand from China and Europe can have a negative impact on the prospects for the resource sector in the coming months and may contribute negatively to the employment picture in Canada.

The strong Canadian dollar has also made Canadian exports less competitive and this can have a negative impact on the employment numbers in the long run.

Furthermore, in July 2012, The Bank of Canada lowered its outlook for the economy, saying growth will be limited to 2.1 per cent this year and 2.3 per cent in 2013. That’s down from its previous forecast of 2.4 per cent growth in both years.

Another factor contributing to the growth and health of the real estate market is net migration. According to the Housing Market Outlook published by Canada Mortgage and Housing Corporation in the first quarter of 2012, “total net migration (net international migration including non-permanent residents) is estimated to be 233,846 in 2011. For 2012, however, net migration is expected to increase to 253,800, while 2013 will see a further increase to 258,800. These increases will help support Canada’s housing sector.” The increasing attractiveness of Canada as a destination for immigrants bodes well for the housing market.

As for predictions about the future direction of real estate prices, with both price-to-income and price-to-rent ratios being above historical levels in Canada,the World Economic Outlook has forecast a 6 per cent drop in the value of real estate in Canada through 2015.

In order to cool down a hot housing market and lower speculation in real estate, the government recently tightened mortgage regulations. Effective July 9, 2012, the following changes were introduced:

The maximum amortization period for mortgages was lowered from 30 years to 25 years.

The maximum amount that can be borrowed when refinancing the mortgage on a home was lowered to 80 per cent from 85 per cent of the value of the home.
Only homes with a purchase price of under $1 million will now qualify for CMHC insured mortgages.

It still remains to be seen if the recent changes to mortgage rules will have a significant impact in slowing down activity in the real estate market. However, reducing the amortization from 30 to 25 years can amount to an increase of $180 per month in mortgage payments for a $375,000 mortgage at 5 per cent interest rate. It can also mean that a Canadian family with a household income of $75,000 can see the total mortgage they qualify for drop by $50,000. Therefore, it will certainly effect the buying decisions of some families and may have the most negative impact on young first time home buyers who are already finding it hard to enter the housing market due to lack of affordability.

While bubbles can last a long time before they burst, with house prices peaking after a 16 year bull-run that started in 1996 it is certainly time to be cautious when it comes to investing in real estate.

Tina Tehranchian, MA, CFP, CLU, CHFC, is a senior financial planner and branch manager at Assante Capital Management Ltd. in Richmond Hill Ontario and can be reached at (905) 707-5220 or through her web site at www.tinatehranchian.com. Assante Capital Management Ltd. is a member of the Canadian Investor Protection Fund and is registered with the Investment Industry Regulatory Organization of Canada.