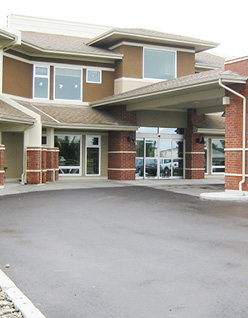 The Good Samaritans Society, a west Canadian not-for-profit charitable organization, has been providing high-level care to society’s vulnerable for more than 60 years.

The group, which operates in Alberta and British Columbia, was set up after an Albertan resident struck oil on his property and donated money from the resulting windfall to fund the construction of a home for local elders, in the process establishing the Good Samaritans Society.

Today, the organization provides care for thousands of individuals and operates a number of care homes across the two provinces it caters. Good Samaritan Society president and chief executive officer Carla Gregor says that the charity’s mission “is to extend hospitality through a continuum of care to those in need or at risk”.

The organization primarily serves two groups; one of these groups is seniors who are often frail and require around-the-clock care. The other group the charity serves is people with developmental disabilities.

The charity works with government bodies in targeting care cases and provides relief to a health system stretched by geography and an aging population.

“Most of our funding is provided by health authorities, mainly from the ministries of health in Alberta and B.C.,” explains Gregor. “They will identify people in need of support and decide on the level of care required by patients. We are one of the organizations that provide these various levels of care and the health authorities will often refer people to one of our sites.”

The Good Samaritans has services spread across Alberta and British Columbia, and in one of those communities, Stony Plain, the charity is currently building a new care centre. To aid the construction of the site in the town west of Albertan capital Edmonton, the society launched its ‘Closer to Home’ campaign, which is helping raise funds for the building of the new residential care centre. “The facility will have 120 beds and will provide support to people who have long-term care needs, such as those who are no longer able to live independently and requiring nursing care,” explains Gregor.

The members, volunteers and workers of the Good Samaritans Society consider themselves part of a faith-based organization, says Gregor. “We often speak about modelling our services on the parable of the good Samaritans and in that respect we’re here to extend our own personal services to people at need and at risk,” she states.

“We also talk about extending Christian hospitality and there are Christian values embedded into the work we do; the values of the society are hospitable environments, healthy relationships and servant leadership.”

Gregor says that the organization acts by example in offering services to others—something she describes as originating in its routes as a Lutheran organization.

The charity runs operations at 34 locations in Alberta and two locations in British Columbia, which include several residential settings. It also operates in ambulatory settings, such as clinics that provide primary care for seniors, as well as running a range of day programs. Gregor estimates that in total the Christian group provides some form of care for more than 6,000 people a year.

“The people we serve vary from those that are very independent to those that have significant health care needs,” she says. “We have everything from clinics for seniors that serve people with primary care needs and there’s an interdisciplinary team in place that supports those who continue to live in their own homes.

“We have various levels of care starting with what we call ‘assisted living’, which covers people who can live fairly independently and have their own home, but require support of some kind in order to live normal lives. “We also have what we term ‘long-term care’ or ‘complex care’, which covers those individual who have significant health care needs and live in one of our residential settings,” Gregor adds.

The challenge of caring for the vulnerable, elderly and sick, in an area stretching from the western coast of Canada to Alberta’s eastern border, is no easy task, but the hard work does come with its benefits. “It is rewarding, because we’re doing work that really matters,” says Gregor. “Our job is to improve the quality of people’s care and sustain their quality of life. We know that if our work is done well it makes a difference.

“It’s challenging, however, because a lot of our work is publically funded and we’re always challenged in terms of health care spending in Canada—that’s no different in either Alberta or British Columbia.”The organization is overcoming the challenges presented by financial and societal circumstances, and is in the process of opening up even more new projects.

“We have two other new projects in the communities of Taber and Cardston in southern Alberta,” reveals Gregor. “We have also opened two new supportive living sites that are providing a level of care somewhere between what we would provide to those living independently and what we would give to seniors who require around-the-clock care.” The organization’s expanding number of services is reaching out to more and more people across west Canada. In helping improve the lives of thousands of people who require daily assistance, the Good Samaritans Society is making the lives of many elderly and vulnerable Canadians better.