The Government’s Plan for Long-term Infrastructure 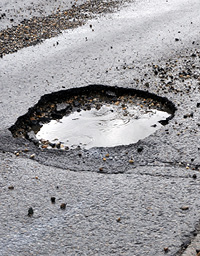 The Federation of Canadian Municipalities, a civic advocacy group, says federal government roundtables on the new long-term infrastructure plan are excellent opportunities for government officials to improve its knowledge base and understanding about many of the obstacles faced by cities and communities, especially at the root level.

“We look forward to working with Minister (Denis) Lebel to strengthen our ongoing partnership with the federal government,” says FCM president Karen Leibovici.

“Together we can – and must – build a plan that reaches out and fixes the ground-level infrastructure problems affecting Canada’s families, businesses and economy: crumbling roads, rusting bridges, crowded buses, and broken water mains.”

For its part, the Harper government has announced a series of regional roundtables that will take place from coast to coast.  Provincial, territorial, and municipal leaders and infrastructure stakeholders from business have all been invited to participate in the discussion. As part of its Target 2014 campaign, FCM continues to mobilize communities to ensure the roundtables reflect municipal priorities and lead to action, rather than seemingly endless dialogue.

During the past few years, the federal, provincial and territorial governments have banded together in forming a partnership with municipal governments to do everything possible to address the problems of an infrastructure in decay.  It includes the desperate need to fix crumbling roads and bridge spans as well as outdated water systems servicing many communities.

The FCM says it strongly believes the new long-term plan must attack the municipal infrastructure deficit’s root cause: a broken tax system that takes too much money out of Canada’s communities and puts too little back in.