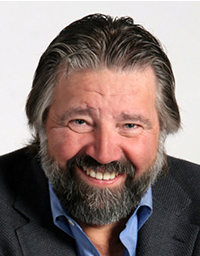 “Alberta is the place to be,” Danyluk told CBJ in an interview in mid-June.

As evidenced amongst these pages, Alberta’s business economy is thriving and Danyluk has made it his focus, since being appointed Minister of Infrastructure in early 2010, to give Albertans the best environment, facilities and services needed to grow even further.

“If you have a business, then you want to have stability,” punctuates Danyluk. “And that is our focus and direction.”

In 2003, the provincial government created a ‘Sustainability Fund’ that would be there to ease the blow of a drastic change in energy prices, and balance the volatility of the province’s main industry. Danyluk told us that this year the government invested $17 billion into the fund to be used for future use.

And that is the tip of the iceberg. With Alberta’s GDP up nearly 4 per cent and employment also on the rise, Danyluk has the opportunity to put the province’s good fortune to work for its citizens with a number of major projects underway.

“[Premier Stelmach] has a vision…that we build the most advanced infrastructure in North America,” says Danyluk. “You may ask what does that mean for Alberta? In a nutshell, it means buildings that work, infrastructure that works for investment, for hospitals, schools, patients, students, the people who work in those facilities.”

We are building numerous hospitals, such as the South Calgary campus which is a $1.3 billion hospital, and the $520 million hospital in Grand Prairie, not to mention the new Royal Alberta Museum to be built in downtown Edmonton starting this year.

“It will be a provincial museum well-equipped for the future—a museum with the room, accessibility, and connections it needs to become an iconic institution respected around the world.”

“When you ask me what is the biggest project in the province, I say to you it is every project that we have—they are all necessary for the people that come into this province,” says Danyluk.