Home | Features | November 11 | The Independent Board: Take a stand on who sits in your chair

The Independent Board: Take a stand on who sits in your chair 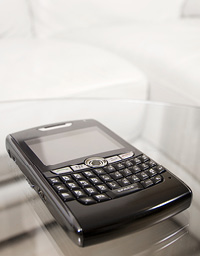 Amid market share losses to competitors and technical failures that have angry BlackBerry users taking to the Twittersphere to vent their frustration, Research in Motion Limited (RIM) faces mounting pressure from investors to shake up its corporate structure. Jaguar Financial Corporation (Jaguar), a shareholder of RIM backed by institutional shareholders who together with Jaguar own eight per cent of all issued and outstanding shares of RIM, recently called for changes in RIM’s corporate governance practices, including a call for the elimination of “a culture of management dominance” and the development of “a collaborative partnership relationship between management and the Board.”

One of  the most immediate changes being sought is the appointment of an independent chair to the board of directors. Currently, RIM’s co-chief executive officers (CEOs) Mike Lazaridis and Jim Balsillie are both co-chairs at RIM.

In advance of the annual meeting of the shareholders on July 12, Northwest & Ethical Investments LP (NEI), a shareholder of RIM, proposed a separation of the roles of chair and CEO, a proposal endorsed by proxy advisory firms Glass Lewis & Co., LLC and Institutional Shareholder Services Inc. On June 30, RIM announced that NEI agreed to withdraw the proposal.  In return, RIM agreed to establish a committee of independent directors whose mandate would include studying the role of a lead independent director versus a chair and determining “the business necessity” for RIM’s Co-CEOs to hold the co-chair position.
The recent critique of the co-CEO, co-chair structure at RIM highlights the inherent problems with this type of leadership structure.

The Corporate Governance Guidelines of National Policy 58-201, adopted by Canada’s Securities Regulators, set out guidelines for reporting issuers to consider in developing their own corporate governance practices. The Guidelines, which are not meant to be prescriptive, suggest that the chair of the board should be an independent director and where this is not appropriate, an independent director should be appointed to act as “lead director.”

Whether it is appropriate to combine the positions of CEO and chair has been the subject of considerable debate. On the one hand, proponents of the split model argue that a board chaired by the CEO cannot effectively monitor and assess management’s performance and will be faced with an inherent conflict of interest. On the other hand, others argue that vesting one individual with both the positions of CEO and chair ensures that the individual has nowhere to hide. Furthermore, some critics of the split model argue that a non-executive chair might inadvertently undermine the CEO (or vice versa) as the fractured leadership can create confusion as to who leads the company and who leads the board.

In order to ensure that the board is able to act independently, appropriate structures, procedures and policies should be put in place. One obvious solution is to clearly separate the office of the chief executive from the office of the chair of the board. In the alternative, if this separation is not appropriate and the chief executive officer and the chair of the board are the same person, the board can assign responsibility to an independent “lead director.” One of the problems with the latter approach is that overlap between the responsibilities of the chair of the board and the lead director can impact the comparative effectiveness of the roles. The “chair of the board” title bears a certain weight and remains a hierarchical symbol of leadership to other board members, shareholders and management. The lead director may struggle to get out from under the shadow of the CEO-chair.

There is increasing recognition in the U.S. and Canada that the appointment of an independent chair is an important step toward the development of an independent board. Of course, merely splitting the role of the chair and the CEO does not guarantee effective independent oversight by the board. The key is to strengthen the capacity of the board to facilitate a constructive relationship with management that is grounded in a mutual understanding and appreciation of the respective roles of management and the board. Aside from splitting the roles of the chair and the CEO, other ways to achieve this goal include conducting informal meetings of the board on a regular basis without the presence of management (such as an in-camera session without management present at the end of quarterly board meetings) and the development and communication of position descriptions for the board and management which delineate the limits of management’s responsibilities and authorities.

The appropriate division between the management and the board will vary from one company to the next and may even vary within the same company from time to time in response to changing circumstances.

Talar Beylerian practices law as an associate in the litigation group with McLean & Kerr LLP, a law firm based in Toronto.