Home | Business in Action | Communications | The Quantification of Social Performance

The Quantification of Social Performance 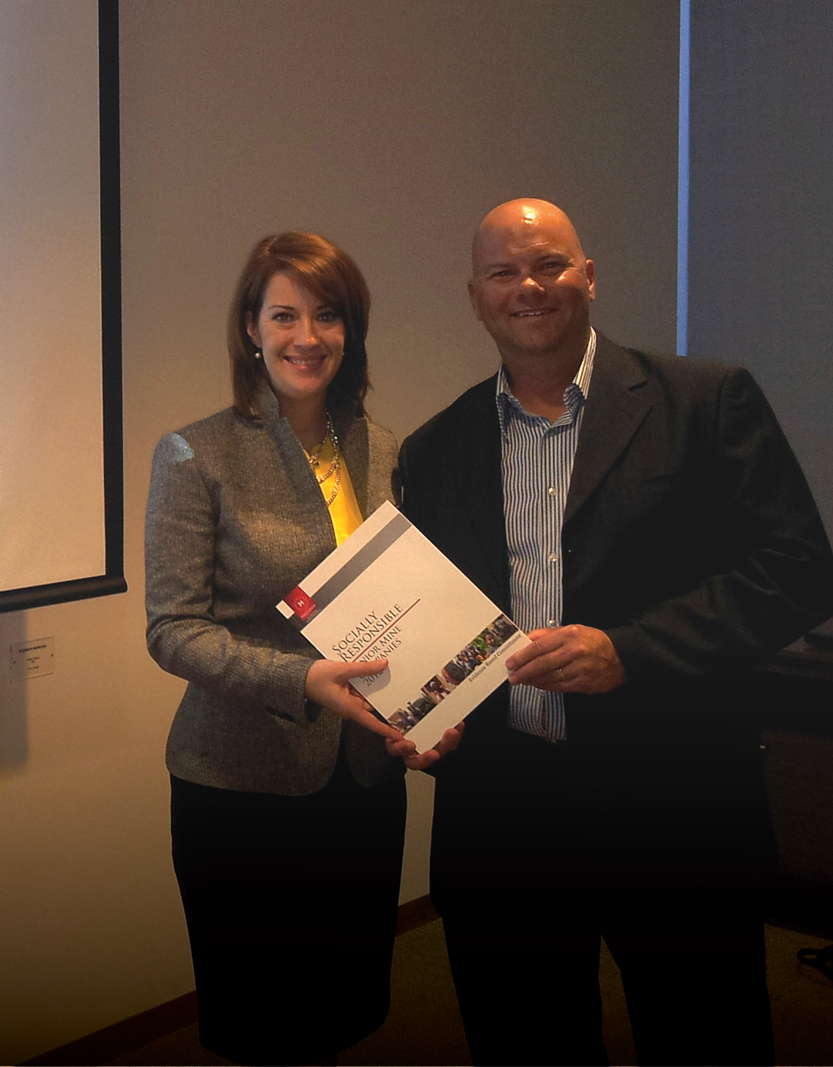 The report analyzes the correlation between financial outperformance and best practice implementation of CSR; it was developed to demonstrate the business case for companies communicating and substantiating their ability to meet their social commitments. MacCormick has set out to quantify the social performance of junior mining companies and set a standard for the industry.

The index analyzed the top 100 junior miners based on market capitalization, according to PricewaterhouseCoopers’ annual Junior Mine report and showcases 20 of Toronto’s Venture Exchange junior mining companies that are excelling in CSR. Through financial analysis of 11 different data points, the MacCormick index shows how these companies are financially outperforming their peers as a result of their CSR efforts.

A key message from the report is that junior mining companies with strong social performance were better able to retain their market cap than their peers, and increase shareholder equity. This suggests that there is a link between social performance and access to capital, as well as resilience during tough market times.

The report evaluates the top 20 companies by stage of operation, by headquarters, by region of operation and by principal commodity.

Mark Cutifani, CEO of Anglo American’s voice of experience contribution to the report remarks that, “It doesn’t matter whether you are a major or a junior — if you cannot engage with your local community you do not have a sustainable operation. If it’s done right the benefits far outweigh the costs. “In most cases it’s not about money; it is about understanding what is important and being part of long term community solutions,” Cutifani says.

Reputation for good CSR can be an indicator for both local regulators and for investors. In fact, success in managing CSR has become a marker for identifying companies with superior management teams and, not surprisingly, delivering superior returns.

A good social license is a sort of insurance policy — the outperforming companies with good CSR have been able to achieve their results with less risk.
Junior mining companies were evaluated based on publicly-available information about their corporate social responsibility initiatives in 10 categories: community investment, community consultation, local hiring, local sourcing, capacity building, health and safety, monitoring and evaluation of CSR efforts, adherence to third-party standards, the existence of an executive position dedicated to CSR and the inclusion of social responsibility in the company’s code of conduct.

Companies that provided evidence of their CSR commitments in these categories were highlighted in the index to provide examples of junior companies that were successfully able to implement corporate social responsibility at the early stages of the mining life cycle.

To evaluate CSR governance, our review looked at all 100 companies to see if any had senior level management (vice president or higher) responsible for overseeing the company’s CSR program. Some did have a senior person responsible for one or more aspects of CSR, but only a few, such as Esperanza Resources, had an overall vice president for this area.

Our review also ranked companies for their local employment policies. We looked to single out companies that disclosed their local hiring policies, outlined the number of local employees to be hired, their process for assessing peoples’ proficiency and availability, and whether or not they had an action plan to meet targets and a performance record so far.

The review singled out Anfield Nickel Corporation for their efforts in local employment in Guatemala. Anfield has formalized its community relations policies and commitments and made them publicly available online. The company is transparent in disclosing the number of jobs it has generated in Guatemala through direct and indirect employment.

MacCormick’s local sourcing standard seeks to recognize companies that disclose a policy outline their intent and commitment to local suppliers and contractors, as well as an action plan. While many companies surveyed said that local sourcing was a priority, only one, Copper Fox Metals (a development company in northwest British Columbia) indicated that they have a formal policy. Copper Fox has several agreements with the Tahltan Nation and its development corporation, recognizing the First Nations’ development corporation as a preferred supplier.

The MacCormick survey also reviewed company websites to determine if they had established CSR policies and procedures that show commitment or adherence to internationally recognized performance standards. The survey compared websites with standards such as the IFC Performance Standards, Toward Sustainable Mining (MAC), e3 Plus (PDAC), Voluntary Principles on Security and Human Rights, the United Nations Guiding Principles on Business and Human Rights and the Global Reporting Initiative. One junior company, Regulus Resources, received MacCormick’s highest ranking for its adherence to multiple standards.

The number one company overall on the MacCormick index was Noront Resources, which is focused on developing two projects in Northern Ontario’s Ring of Fire: Eagle’s Nest and Blackbird. Noront earned first place on the index because of its proactive, ongoing consultation with First Nations and other project-affected communities, its commitment to the capacity development of local peoples, disclosure of the impacts of community investment and strong policies on health and safety and codes of conduct.

In Canada, First Nations have the fastest growing youth population that does not include new immigrants — a huge potential workforce that stands to contribute to and benefit from socially responsible mining. Gaining a social license, and maintaining it, is not just good policy — it’s the key to mining’s future.

Since launch of the index in late August, MacCormick has received overwhelmingly positive feedback about the report, with many saying that they are astounded that no one had thought of this before.  Numerous individuals have also approached MacCormick with constructive feedback, including suggestions to weigh the different social performance categories and to define more precisely what is meant by junior companies. There has also been interest expressed in bringing the report to the main TSX exchange, as well as foreign exchanges.

Both the launch event in Toronto and the presentation of the report at Mine Africa’s Risk Mitigation Series in Vancouver attracted nearly 100 guests to each event from junior and major mining companies, law firms, financial institutions, NGOs, chambers of commerce, industry associations, and government officials.

The report was initiated as a private independent study executed by MacCormick at its own expense.  The firm’s goal is to make the report an annual publication and to seek third-party sponsorship and participation for future reports.  It is anticipated that the 2013 report will be released in March 2014, in time for the PDAC Convention in Toronto.