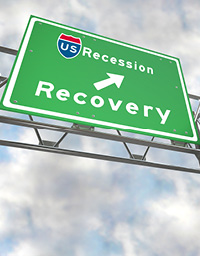 On November 6, 2012, Americans will head to the polls. Many commentators have referred to the 2012 general election as the most important ever. The stakes are certainly high, not just in the contest for the White House but also in the most crucial congressional elections in memory.

The economy is the issue that worries voters most. Three years into the recovery, uncertainty prevails, economic growth has once again slowed and many U.S. businesses have put their plans for hiring, expansion and investment on hold. Millions of Americans remain unemployed and the housing market is still hobbled by foreclosures and distressed sales. The strong headwinds blowing in from Europe are a constant reminder of the fragile state of the recovery.

More economic damage will ensue if the U.S. falls off the fiscal cliff. By year end, Congress will have to make some difficult decisions on a plethora of tax cuts that are set to expire and spending cuts that are set to kick in. Additionally, policymakers urgently need to put the federal governments’ finances on a sustainable trajectory.

There are no easy solutions. With uncertainty prevailing, the worst thing Congress could do is punt.

A number of factors are affecting sentiment and economic activity including the crisis in Europe, still-tight borrowing conditions for some businesses and households, and heightened uncertainty about the fiscal and regulatory direction of the country.

As many Americans all too painfully aware, finding a job in this economic climate is difficult. Getting the millions of unemployed Americans back to work, particularly the long-term unemployed, is a daunting challenge.

Only 43 per cent of the nearly 8.8 million jobs lost during the recession have been recovered. More than 12 million Americans are looking for work. The average duration of unemployment has climbed from 17 weeks in mid-2008 to 40 weeks. Another 8.2 million workers are classified as “part-time for economic reasons” meaning their hours had been cut back or they are unable to find a full-time job. The unemployment rate remains stubbornly high at over eight per cent.

In his July Semiannual Monetary Policy Report to the Congress, U.S. Federal Reserve Chairman Ben Bernanke bemoaned that the reduction in the unemployment rate is likely to be frustratingly slow given the projected moderate economic growth going forward.

High unemployment will bedevil whoever occupies the White House for the next four years.

Housing Market Slowly Healing but Recovery Not Yet Guaranteed

The health of the housing market also looms large for voters as they weigh their choice. This is the first postwar economic recovery that has not been led by a pickup in housing. Many would-be-buyers are deterred from purchasing a home because they are unemployed, worried about their own finances or about the economy more generally. Other perspective buyers cannot obtain mortgages due to tighter lending standards, impaired creditworthiness, or because they are in a negative equity position. More than 11 million households with mortgages—about one in four—are “underwater” meaning they owe more than their homes are worth.

While the U.S. housing market is showing some signs of life, it still has a long way to regain full health. Only a very small fraction of the nearly $7 trillion in housing value wiped out from the market’s 2006 peak has been recovered. Nationwide, house prices remain 34 per cent below their pre-recession peak.

Average home prices in cities like Las Vegas, Phoenix and Miami are still down 50 per cent to 60 per cent from their pre-recession highs.

The so-called “shadow inventory” of houses—those in foreclosure, at risk of foreclosure or already bank-owned—remains high at 1.5 million. Working through this inventory is crucial to a sustained recovery in the housing market and the overall health of the economy.

The other storm cloud on the economic horizon is the so-called fiscal cliff. A number of previously enacted tax reductions are due to expire at the end of 2012, including those enacted under the George W. Bush Administration. Additionally, large spending cuts will take place automatically at the start of 2013 as agreed to as part of last summer’s deal to raise the debt ceiling. If no legislative action is taken, the confluence of tax hikes and spending cuts amount to $607 billion in fiscal 2013, a substantial withdrawal of income from the economy.

Republicans have called for a quick, temporary across-the-board extension for all the Bush-era tax cuts that are due to expire. President Obama is agreeable to an extension for all but the highest earners. Under the President’s plan, the Bush-era marginal tax rates on the first $250,000 of a person’s taxable income will not change, but new, higher rates would apply on additional dollars earned above this amount. At the same time, both parties want to reform the tax code.

Federal Reserve Board Chairman Benjamin Bernanke recently noted the uncertainty swirling around the fiscal cliff has already caused some businesses to curtail investment and hiring, especially those dependent on government contracts.

The non-partisan Congressional Budget Office has warned a recession would occur early next year and about 1.25 million fewer jobs would be created in 2013 if the full range of tax increases and spending cuts were allowed to take effect.

Still, the crisis in Europe has made clear the peril of public finances that have spun out of control. By the end of 2012, the Congressional Budget Office projects the federal debt will exceed 70 per cent of GDP, a figure that could balloon in the coming years as demographic pressures escalate, unless lawmakers take action.

Congress faces a delicate balancing act in deciding how quickly to implement policies to reduce the budget deficits. They need to ensure that any immediate spending cuts or tax increases do not hurt the already fragile recovery while at the same time putting in place a credible plan to ensure the nation’s finances are sustainable over the long-term.

Spending cuts at the federal levels could mean even less revenue for states, which rely on federal grants for almost a third of their revenue to provide public services as well as essential infrastructure. With state governments required to balance their operating budgets under their constitutions, governors and legislatures face a difficult juggling act as they try to maintain essential services while meeting their budgetary obligations.

A reduction in state aid would also have serious spillover effects on local governments who rely on state aid for about 30 per cent of local revenues.

The American economy is going through a phase of great uncertainty. The question remains: Can America forge the consensus it needs to respond effectively to its growing challenges?

The stakes could not be higher. Congress and the U.S. Administration need to demonstrate they are willing to take urgent and decisive action to remove the cloud of uncertainty and achieve strong, stable and balanced global growth.