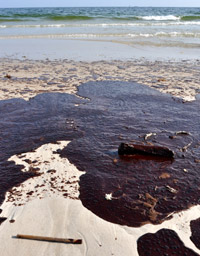 There is significant coverage across news outlets about one of the worst oil spill disasters in U.S. history. The public outcry has been strong and BP’s PR responses have been far from stellar coupled with the fact that it seems to be proving almost impossible to plug the well some 5,000 feet deep. There is much anger pointed at BP and much of it is deserved, however pointing fingers distracts us from our own responsibilities, the long-term issues around industrial sustainability and potential opportunities.

Much of the outcry has been for the wildlife, as well as the fishing and tourism industries in Louisiana. The effects on the ecosystem could take years to assess and take decades to fix, if at all possible. The spill has been a devastating blow to the area as millions and millions of barrels of oil are spilling out into the ocean killing fish, birds and marine mammals, as well as destroying the way of life for those in the fishing industry. However it is also be an opportunity to shift behaviour, create new industry verticals and in some circumstances new industries altogether while pursuing the business case for sustainability.

Alexandra Cousteau is the granddaughter of the famous Jacques Cousteau and started an expedition called Blue Planet, where she looks at some of the most critical water issues to face our planet. As part of her global journey, she made a stop at the largest dead zone in our planet’s oceans, which are hypoxic (low-oxygen) areas in the world’s oceans. The lack of oxygen kills the marine and wildlife in the area because there is not enough to survive. This dead zone has been studied for many years, but was made famous on April 20th. As you may have guessed, the largest dead zone is in the Gulf of Mexico.

Interestingly enough the Gulf of Mexico was already home to the largest dead zone long before the BP spill. This raises a very serious question. What killed this part of the ocean? As we track down the source of the dead zones we first find that the culprit is too much plankton in this area. When the plankton die, they are decomposed by an oxygen-eating bacteria. Many believe over fishing in the area has removed most of the predators to plankton. The plankton population has also exploded because of chemical fertilizer run off from the Mississippi River.

The chemical fertilizer run-off is derived from the farmers that use it to increase corn crop yields in the area. Even though corn consumption is down much of the corn is used to raise cattle, which is consumed by the general population. It seems that the dead zones in the Gulf may not just be a product of BP’s oil spill but also a product of the way we grow and consume our crops, fish and beef.

Instead of pointing fingers, we need to take a more holistic view of the challenges and seize the opportunities that they present us to implement more sustainable and profitable business practices. After all, waste counts as money lost. Dead zones are a very serious problem because they affect large parts of the ocean, and they deplete fisheries which are a major source of food and business for many of the planet’s population. They also present an opportunity for clean technologies to play a significant role in providing a solution. Enter Canadian water technologies.

At the first annual Canadian Water Summit, held in Toronto at the International Centre on June 17, 300 delegates (including Nick Parker of the Cleantech group, Dave Henderson of XPV Capital, former Prime Minister John Turner, Minister and Research and Innovation, John Malloy and the Premier of Ontario Dalton McGuinty) gathered to focus on the water opportunity and how Canada can take on the role as a global leader in water technologies.

It is probably fitting that leadership comes from the country with the freshest water in the world. At the summit, Premier McGuinty pointed out that Ontario alone has 225,000 lakes and one fifth of the world’s fresh water in the Great Lakes. He went on to add that the recently-installed Water Opportunities Act was one of the first of its kind anywhere in the world.

One of the co-authors of the Water Opportunities Act was XPV’s head, Dave Henderson, who has developed a tier-one reputation and is very passionate about water and driving water technologies into the market. Henderson mentioned that of the 1 per cent of available potable water worldwide, 75 per cent of it is polluted. This pollution means that most people in the world don’t have access to drinking water. Henderson added that his firm uses a new water technology formula: “Population x Urbanization x Industry x Infrastructure x Climate Change.”

These factors are the drivers and will create the pain that will lead to adoption. He also spoke about the fact that there were many great one-product water technology firms in Canada and the potential for these firms to combine their technologies into solutions was a great direction for growth and added value. Will open innovation matter? Count on it.

Nick Parker of the Cleantech Group talked about “monetizing preservation” and revamping engineering schools to generate new designs that focus on sustainability and resource constraints versus unlimited resource extraction.

We interviewed an agile Canadian company that seems to be taking all the aforementioned points to heart. Wescorp has licensed their new H2OMaxx technology and is focused on preservation with its eyes set on clean up in the Gulf of Mexico. What was interesting about their technology is its ability to clean the water without the use of chemicals. We mentioned Wescorp in our last article; however, we thought that it may be fitting to take a deeper dive into their technology and abilities. I had an interview with Wescorp’s VP of Business Development Dave LeMoine to talk briefly about the H2Omaxx technology.

Dave LeMoine: H20maxx is a patented process that separates oil from water, in a single process, setting new industry standards. To achieve the same results the industry requires multiple technologies.

DM: There are many ways already known to separate oil and water. What makes this unique? How does it compare to current methods of technologies being used to clean-up spills?

Based on third party validation and test results in many ways our technology is superior:
- Create equally in the fluid stream a wider range of bubbles from < 1 micron up to 100 microns which efficiently cleans the water of all ranges of oil from < 10% and all fines and ultra-fines
- Shorter retention time
- Low energy requirements
- Does not require the use of chemicals
- Operates efficiently at as low as 60C and clean to < 10ppm

DM: Wescorp leveraged open innovation and in-licensed its H20Maxx tech. What was the advantage of doing this versus designing the technology in-house?

DLeM: By having a board approach to licensing and marketing our technology, we allow potential global industry partners like a Weatherford, Schlumberger, GE and DuPont to assist in the engineering and development of our technology. It may also open up other applications we are not familiar with, and take us globally to markets where Wescorp does not have the expertise.

The sight of the Gulf of Mexico oil spill is extremely disturbing, however it has brought to light an impending crisis that is related to water and how we use it. Water is a critical component of our industries, our food production and our economy as a whole. It underpins our business reality and there is tremendous opportunity to monetize its preservation. Canada is open for business and gearing up to lead the way in water. 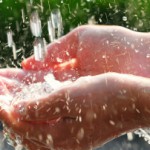