Home | Business in Action | April 11 | The YMCAs of Québec 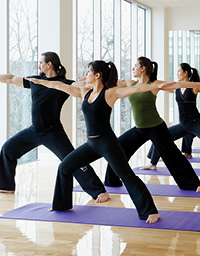 For the past 160 years, The YMCAs of Québec has been offering and developing programs that nurture the potential of children, teens and young adults, promoting healthy living and fostering a sense of social responsibility. It is a member of YMCA Canada, a federation of 53 YMCAs and YMCA-YWCAs across the country. Over 2 million Canadians join YMCA programs in over 1,000 community locations.

The YMCAs of Québec welcomes more than 20,000 children and youth to its various facilities and programs, such as daycares, after school programs, day camps, its residential summer camp and youth outreach programs. Specialty programs include Adopt-a-School—financial support to elementary schools located in disadvantaged neighbourhoods—and the YMCA Strong Kids Campaign, a Canada-wide campaign that raises funds throughout the year to support children, teens and families which do not have the financial resources to participate in a program or activity offered.

Michael Novak, President of the Foundation of The YMCAs of Québec, says, “The YMCA is not only becoming more present in other regions of Québec, but also penetrating more of the areas we are already in. For example, there are organizations in and around the poor neighbourhoods in Montreal that help us identify the kids that will come to the summer camp. The YMCA, with the help of sponsoring corporations, will fund these kids to go to camp.”

“For every investment we make in a child, we look at it as a child who will become productive, well-rounded, will love life, and see the advantage of contributing to others. Investing in our future generations is a huge advantage to society, not only because it is the right thing to do, but also economically advantageous because you have turned a potential social liability into a positive asset.”

The YMCAs of Québec’s range of operations currently includes 10 Y centres in Montreal, Camp Y Kanawana, an international language school, a residence for refugees, a ski and snowboard school, and about 30 service sites. But the organization is always aiming to be bigger and better.

“We can fill bigger shoes than we are right now,” says Stéphane Vaillancourt, President and CEO of The YMCAs of Québec. “Getting involved in new communities is what we are trying to do across Québec over the next few years. The top priority is to promote the well-being and success of youth in the province.”

One of the Y’s key youth programs is Alternative Suspension, which offers a neutral location outside of a school setting to provide a tailored intervention program to youth suspended from high school. Alternative Suspension’s program is comprised of one-on-one meetings with youth, educational workshops, and group activities. It also includes regular communication with the school and the parents, an accompanied return to school, an average stay of three to five days in the program, a long-term individual followup, and effective collaborative practices with partners in each participating community.

“By focusing specifically on such an important issue as school perseverance and dropout prevention, the program is becoming quite a success story across Canada,” says Vaillancourt. “We have a lot of very good programs for kids that help them focus on school and success, but Alternative Suspension is really the epitome of how something can grow from an idea to become a practical solution that has a real positive impact in the community.”

Georges Kalimeris, National Director, Alternative Suspension and School Perseverance Programs, The YMCAs of Québec, adds, “We are essentially transforming the suspension from school into a positive experience for a teen.” The program has seven service sites in Montreal, 11 elsewhere in the province, and nine across the rest of the country, providing support to a total of 116 high schools.

In April 2010, the newest addition to The YMCAs of Québec network of centres, the Cartierville Y centre, was opened. This $20 million project is the result of a partnership between The YMCAs of Québec, the Ministère de l’Éducation, du Loisir et du Sport du Québec (MÉLS), the City of Montreal, and the borough of Ahuntsic-Cartierville. “This area of Montreal had a big social need,” explains Vaillancourt. “The end result is we have completely transformed the lives of those in this community that was boarded up with not much economic activity. Now, it has triggered at least four real estate projects in the area and has provided numerous employment opportunities for people in the surroundings. It has become a rallying point for many community organizations which were already working in the area.”

Néhal Nassif, Director of the Cartierville Y centre of The YMCAs of Québec, adds, “The Cartierville Y was a grassroots project because it originated from a demand from the community. Especially in the youth sector you can see the community changing, the youth are very proud to have this centre in their neighbourhood. It helps bring people together in one of the most culturally diverse communities in Montreal.”

Growing with the community

When the YMCA enters a community it never takes a cookie-cutter approach, says Novak. “Each Y evolves over time. It will take the shape and needs of each community, and use that special approach over the years, and it is the same across the country, so you never see the same thing twice.”

The Cartierville Y centre was built, on time and on budget. It has state-of-the-art facilities including a double gymnasium, an aquatic centre (a five-lane 25-metre pool, a recreational pool, a whirlpool, a sauna and an outside deck), a weight and cardio conditioning room, multi-purpose studios for group fitness classes, an indoor running track, a daycare, a day camp, a community meeting room, and a clinic for cardio and pulmonary rehabilitation in partnership with the Hôpital Sacré-Coeur de Montréal.

Many of Canada’s adults will have fond childhood memories of attending a Y camp, such as Camp Y Kanawana about an hour north of Montreal. Over the last four years, the 100-year-old camp received a much needed makeover. “Kanawawa has been at the current site since 1910 and over the decades has been geared mostly to the Anglophone community of Montreal,” says Vaillancourt. “We needed to revamp our facility but also broaden its reach to better reflect the reality of our client base in our centres and beyond.”

Y Kanawawa is a natural haven consisting of 550 acres of unspoiled nature and three lakes. Much care was given in the development plan to reduce the camp’s environmental footprint.

“The first thing we did was replace our sanitary facilities with technologies that consume a lot less water. We also installed an artificial marsh system to treat the camp’s wastewater,” says Novak. “We now have a camp that teaches kids to walk the ecological talk while they are at Kanawana. With these improvements, we will insure that we will preserve it for future generations of campers for the next 100 years and beyond.

“We have also invested on the educational side to create a place where kids can spend time to discover the natural environment of Québec which they may have never been exposed to otherwise. We also decided that we wanted to create a mix of French and English and other languages at the camp, to create an environment where the kids would learn from each other.”

With corporate donors that include Desjardins, SNC-Lavalin, Telus, Rona, Power Corporation, Manulife Financial, Loblaws, Precor and CIBC, as well as individual donors and volunteers, the organization will continue to grow, expanding its presence across Québec, and touch the lives of as many young Quebecers as possible. Vaillancourt adds, “Even though we are 160 years old, we are continuing to evolve in response to the new and growing needs of Québec society. Now more than ever we have a clear idea of what we want to be for children and youth with more programs and presence across the province of Québec.”