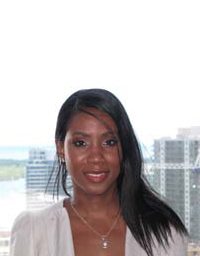 For years, women have slowly carved out roles for themselves in the mining and oil and gas sectors—though you’d be hard pressed to find industry statistics on women in resources, as research into the topic is really only just starting. The truth is, although women have the skills, the know-how, and the instinct to play major roles in commodity businesses, they simply are not nearly as integrated into the industry as they should be.

In the male-dominated mining industry, women are not the common denominator. Though numbers of women in engineering and technical fields are on the rise, there is a lack of presence of women in mining executive roles.

This is where global organizations like Women in Mining come into play—and thank goodness for that.

The industry won’t survive without diversifying

Saying that the future of the global mining industry is in the hands of women might seem like an exaggeration, but in truth, the situation is quite close to that. With an aging mining workforce, especially in powerhouse mining countries like Canada and Australia, inclusion of diverse groups into the mining industry is imperative for its success.

Women in Mining, a global operation with chapters popping up all over the world, has been a driving force in connecting women working in mining, and in turn, drawing attention to the inequities in the industry.

We had the opportunity to speak with the industry-savvy (and passionate) MaryAnn Mihychuk, currently serving as the President of Women in Mining Canada.

Mihychuk has been working in mining since 1977, and has all the experience needed to serve as a role model and spokesperson on behalf of women in the mining industry.

She explained that Women in Mining was originally created to address an opportunity and a challenge: to integrate women into mining, an industry that is faced with many challenges on the day-to-day, “from getting the social license to operate, to the dealing with a lack of understanding by the public in general.”

With so many obstacles in the industry, Women in Mining seeks to deal with diversity issues as they pertain to inclusion on a global level.

Mihychuk attests that women “have the skills and experience needed” for the mining industry. In Canada particularly, “We have women with experience that exceeds 35 years, and these women need to be in the boardrooms.”

“Canada is No. 1 in the world when it comes to the mineral industry. But we could do even better. Women can solve the resource challenge that we anticipate is coming,” she says, referring to the anticipated skills shortage Canada is facing. “Women have the skill set to fill that gap,” Mihychuk promises. She says that women bring a different and unique set of qualities to management positions, a different “voice”. That voice is “understandable to the general public, and to women in communities in those sectors that are perhaps less knowledgeable about the industry but that we care about—and understand—and can be real advocates for. We have unique traits that will help industry be more successful,” she continues—and many people tied to the resource sector couldn’t agree more.

Responding to a global need

When The Canadian Business Journal last spoke with Avril Cole, an associate in the banking and private capital group with Macleod Dixon, she spoke at length about the under-representation of women in mining (having a strong international mining focus at the firm gives Cole a unique viewpoint). She says that the industry is changing, based on a need, not necessarily based on a natural shift.

“We had a bull run in commodities that ended in 2008, and the availability of male workers started to decline. Companies realized that to combat the skill shortage, they had to increase the opportunities for woman to participate in the industry,” Cole explains.

She says that many countries whose growth is reliant on the mining industry have started responding to the need for women, albeit slowly.

“I’m very happy to see that some countries in Africa, like South Africa, for example, as part of the government’s program to accelerate the advancement of historically disadvantaged South Africans, which is a category that includes women. Mining companies were required to have at least 10 per cent of women in the workforce by 2009.” The biggest positive about this story, in South Africa, is that mining companies are being given the onus to increase the participation of women. Although there are not as many women at the top levels in mining, at the very least, mining companies are starting to be more inclusive, from the ground up.

Cole reminds that some of the top women in mining are changing the way business is done. “Some more high profile women in mining include the new CEO of Anglo American, one of the largest mining companies in the world, Cynthia Carol. The head of legal and external affairs at Rio Tinto, another one of the majors, is Deborah Valentine. And, at the junior mining company level, I could point to Kim Harris, who is the CEO of Midland Minerals, and Marianne Green, CEO of Formation Metals Inc.” Surely, if these women were able to break through the glass ceiling in mining, there must be opportunities out there.

Indeed—women are making names for themselves all over the globe, and Women in Mining is helping to network them like never before. “Why are chapters popping up all over the place? Because women are saying, ‘We’re here. We want to work. We see an opportunity. Let us participate,’” Mihychuk insists. But she adds that women need the invitation, including those in less mining-centric countries.

Countries like Australia and Canada are looking at the needs of the industry, and opening up the floor for women to talk about the future. While Mihychuk says that most countries are mostly “pathetic” at attracting women into mining, countries are doing studies to see where and how women can fit in. The first thing those studies have addressed: the perception that things are equal, in the industry, and that women have “made it”, according to Mihychuk.

“We tend to be a science, logic-based industry and the perception has been that we’ve achieved equality and women could make it. But that’s why we had to do an industry specific study—to show that we were not breaking the barriers, we were not getting in, and attention had to be applied to this issue.”

The launch of the MiHR

Melanie Sturk, Director of Attraction, Retention and Transition with the Mining Industry Human Resources Council (MiHR), has been speaking about the boundless opportunities and discrepancies in the mining industry for women in Canada, and beyond, and the MiHR’s Ramp-Up provides an opportunity to look at the facts.

The study was conducted by the Conference Board of Canada in conglomeration with Women in Mining and MiHR, and surveyed four populations: women working in the sector employers, students and educators. The results of the study didn’t surprise most: it confirmed that women are under-represented and underemployed in the exploration and mining industries.

According to the study, women represent only 14 per cent of the sector, which is an increase from previous years but much lower, sadly, than the national average of 47.4 per cent. The study showed that the wage gap is a startling 32 per cent, greater than the national average of 21 per cent. These results are based on a Canadian population, but could very well mirror possible results in other countries.

According to study commentary, “An interesting finding was the gap of understanding around barriers to the sector—barriers were recognized by two-thirds of women but only one-third of employers,” which means that companies have a long way to go in recognizing where they need to be more inclusive.

Clearly, the industry has work to do. Sturk says that creating awareness is certainly a major step for the industry. “We need to help companies identify alternative sources of labour including women and Aboriginal peoples, in a traditionally white male dominated workforce. Why? The baby boom is going into retirement phase, and the mining industry is one of the largest that has a high percentage of older workers,” Sturk explains.

Ramp-Up illustrated that much of the problem stems from a lack of education, which, coupled with lack of awareness for students, affects enrolment in programs that can lead to a mining career. The study reported that only 10 per cent of female students were aware of the mining sector, and showed a need for industry to reach out to students and collaborate with organizations like MiHR to attract new students.

There is a strong social case for involving women in mining, and an even stronger business case. “The mining industry really does need a new pool of workers—if you wanted to make the sale to the business community—the industry can’t survive without diversifying. I personally think that the diversity aspect brings a new perspective, new opportunities, creates a better business environment, and makes sure that corporate social responsibility strategies are more creative and implemented as well,” Sturk says, and she’s right. Without an influx of new, diversely experienced workers, the industry will grow to be stagnate and grossly underemployed.

Are there immediate solutions?

Of course, the first step to fixing the problem of lack of women in mining is identifying it—and through organizations like Women in Mining and MiHR, surely the global industry will catch on.

Sturk says that part of the problem with creating awareness is that mining always seems to attract the bad kind of attention—whether the media decides to capitalize on commodity crashes or environmental issues, “the mining industry only gets coverage when something bad happens. Very few people hear about all the great things that are going on for diversity in mining. It’s a shame that mining doesn’t get promoted more,” Sturk explains.

“I think that’s where we need to step up as an industry—to start telling our good news stories and to get some coverage.”

The future for women in mining

Traditionally, mining has been labelled a labour-intensive, male dominated industry. But things are changing. Nowadays, mining relies heavily on technology and the industry itself is advancing quickly. Now it is imperative that the human resource side of mining needs to catch up. Change takes time, but making companies more women-friendly is critical, just ask the women at Women in Mining—who now represent thousands of global spokespeople for women.

“Yes, there is a place for women,” Sturk assures. “There are great opportunities out there—the more women that get involved in positive change, the more change will happen. There is surely a place for women in mining.”