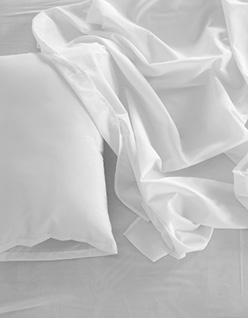 The bedbug epidemic in North America is worse than ever before. These pesky bugs have returned with a vengeance, and traditional pesticide remedies are increasingly under scrutiny by health professionals. ThermaPureHeat is a patented process that can eradicate bedbugs without the use of harsh chemicals in the home.

The ThermaPure process is now licensed by numerous businesses throughout the U.S. and Canada and is considered a premiere method for eradicating bedbugs. It began about 20 years ago as a method for eliminating drywood termites from whole structures, and it was soon discovered that beg bugs could also effectively be eliminated by this method.

Cary Title and Mike Cardaci are co-owners of a business that is a licensee of ThermaPureHeat, Bed Bugs and Beyond.  Based in Toronto, they saw an opportunity several years ago, particularly as bed bug cases in the region were growing. In fact, it was a personal experience with the technology that brought Title on board and prompted him to start the business.

“I ended up in this business because I had bed bugs and I had real problems getting rid of it,” says Title. It was when he discovered ThermaPure technology that he was finally able to eradicate the bugs—and realized he needed to bring the technology to his own area.

The technology of ThermaPure

ThermaPureHeat works on any number of pathogens; allergens, mould, and bacteria from sewage leaks. ThermaPure uses dry heat to raise the internal temperature of a dwelling to a point where nothing can live. “Basically it will kill every living organism in a space,” Cardaci explains. “They call the process structural pasteurization, and essentially what we do is we come into a house with large heaters and fans and those fans create a vortex in each room. This creates a little tornado of air in the house and turns the heat from strictly a conductive kind of heat to convection heat, so it helps penetrate into the structure.”

ThermaPure is based on the theory of thermal death points: that is, every living organism has a particular temperature at which it can no longer survive.

Bedbugs can no longer survive at 113C. “It is really amazing technology,” notes Cardaci, elaborating on the process. “It uses the premise that every living organism has a thermal death point…so the thermal death point of bed bugs, for example, is 15 minutes at 113C, but their eggs require an hour at that temperature.”

For this reason ThermaPure trains its licensees to always go above and beyond the minimum, ensuring that customers can put faith in the method. “At Bed Bugs and Beyond our goal is to get to 140C,” says Title. The increased temperature means that clients can get back to lives as soon as possible, as every increase in temperature means the bugs die more quickly. This is a delicate balance however, as a house heated too soon will melt. “You definitely need to be heat trained and certified to do this,” says Cardaci.

ThermaPure provides an intensive course to all of its licensees making sure that business owners know all of the important risk mitigation techniques for structural pasteurization. Title and Cardaci flew down to California for training and were highly impressed with the support they received and the professionalism of ThermaPure.

The process is appealing to clients because Structural Pasteurization is an odorless process—not to mention the fact that it avoids the harmful pesticides of other pest control methods. “It’s a chemical free treatment so from the client’s perspective, we’re not putting chemicals into the house,” says Title, noting this is a major advantage compared to other pest control operators.

The other major advantage is that ThermaPure can offer single day eradication. Common chemical treatments are not able to offer the process in a single day.

ThermaPure does the entire treatment process in one session. Chemical treatments are an ongoing process—and something that Title is all too familiar with, after personally experiencing the difficulty with getting rid of the pests.

“You’re bagging clothing, running things through the dryer to treat them on an ongoing basis, your clothing is dwindling down to a few articles and vacuuming the base boards daily,” says Title, clearly familiar with the stressful process people go through. There is also the issue of residual pesticide in the home, a major concern for many.

The problems with traditional pesticides, it seems, are endless. The process with pesticides can take weeks because there need to be multiple applications.  “You can’t put pesticide on clothing or on beds so that means the bug has to walk across the areas that are treated,” Title explains.  “It is very taxing on people, especially mentally.”

It is because ThermaPure’s licensees have this kind of understanding of their customers’ mindset that they place a high value in customer satisfaction. In fact, it is one of the first pest control companies to offer a guarantee that the job will be done.

“In the pest control industry, there were basically no guarantees until we came along,” says Title with pride. “We offer people eradication because frankly, one bed bug in someone’s house is one bed bug too many.”