BURLINGTON, Ontario, Jan. 28, 2020 (GLOBE NEWSWIRE) — Three outstanding volunteers from Ottawa, Northern Manitoba and Sherbrooke were honoured with the Hero of Everyday Life award by Sodexo Canada’s Stop Hunger Foundation. The award recognizes commitment and leadership in local actions that combat hunger.
Jennifer Merrett, Taneesha Greaves and Trudy MacKenzie were each presented with awards plus a grant of $2,000 for their charity of choice.Jennifer Merrett is Sodexo’s Director of Food and Beverage at the Lord Elgin Hotel in Ottawa. She organized a barbeque and raffle with her colleagues and staff from the Lord Elgin Hotel, the Metcalfe Hotel and the Carleton Hotel to raise money for the Stop Hunger Foundation. Jennifer’s team also donated one dollar for every burger and steak sold during the month of April, the designated month of giving for Sodexo globally. “We are proud of the work that we did last year, and we can’t wait to contribute more next year. These activities allow us to engage with our community for a cause and add value to our jobs,” said Jennifer, who donated her grant to Ottawa Food Bank.Taneesha Greaves works in a remote site in northern Manitoba. As Sodexo’s Retail Manager at Keeyask Camp, she led food drives, summer camp activities and sandwich-making that helped feed 1,700 children. One extra special event was a giant community barbeque for Indigenous neighbours in Fort Chipewyan. Food and equipment were airlifted to reach the northern hamlet. “I share this award with the whole team here at Keeyask. Their hearts and hard work made it all possible,” says Taneesha. She donated her grant to Canadian Feed the Children.Trudy MacKenzie is Sodexo’s Head Supervisor at Bishop’s University in Sherbrooke, Quebec.  During the month of April, she and her team incentivized students to donate canned goods by offering free breakfasts. They collected 1,500 cans of donated food which she delivered to Cornerstone food bank in Lennoxville, Sherbrooke QC.“It has always been important to me to give back. It makes it more meaningful when you can turn it into an activity with your colleagues and friends. I love to make people happy,” says Trudy. She decided to give the grant to Cornerstone Housing for Women.Sodexo in CanadaSodexo delivers a wide range of customized solutions, designed to optimize work and living environments. Sodexo has been providing food and facilities management services in Canada for over 40 years, with a focus on enhancing well-being, work processes and safety. With over 145 clients in the corporate, education, healthcare and energy and resources segments, Sodexo is a market leader in Canada. Sodexo has been recognized as a top employer for the past seven consecutive years. Sodexo is proud to have created the Sodexo Stop Hunger Foundation, an independent charitable organization that has raised over $3 million to fight hunger and donated more than one million meals to at-risk youth across Canada since 2007.Sodexo in Canada13,500 employees145+ clients260+ sitesPlatinum Parity Certification Follow us on Twitter @SodexoCanadaMedia contact:
Leslie Booth
Xposure PR
[email protected]
416 427 1588A photo accompanying this announcement is available at https://www.globenewswire.com/NewsRoom/AttachmentNg/985f4ece-3b26-4a6c-b57f-576f9a7f6e10
CBJ Newsmakers 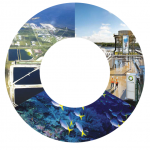