TORONTO, Feb. 11, 2019 (GLOBE NEWSWIRE) — ThreeD Capital Inc. (“ThreeD” or “the Acquirer”) (CSE:IDK), a Canadian-based venture capital firm focused on investments in promising, early stage companies and ICOs with disruptive capabilities, is pleased to announce that it has acquired ownership and control of an aggregate of 10,883,764 common shares (the “Subject Shares”) of GoldSpot Discoveries Corp. (the “Company”) on February 8, 2019.  The Subject Shares represented approximately 11.5% of all issued and outstanding common shares of the Company as of February 9, 2019 immediately following the transaction described above. Neither the Acquirer nor any of its joint actors otherwise own any securities of the Company.

The holdings of securities of the Company by ThreeD are managed for investment purposes, and ThreeD could increase or decrease its investments in the Company at any time, or continue to maintain its current investment position, depending on market conditions or any other relevant factor.

The trade was effected in reliance upon the exemption contained in Section 2.3 of National Instrument 45-106 on the basis that ThreeD is an “accredited investor” as defined herein.  A copy of the applicable securities report filed in connection with the matters set forth above may be obtained by contacting the Company at 69 Yonge St., Suite 1010, Toronto, ON, M5E 1K3, Attention: Denis Laviolette, President and CEO (tel: 641-992-9837).

ThreeD is a publicly-traded Canadian-based venture capital firm focused on opportunistic investments in companies in the Junior Resources, Artificial Intelligence and Blockchain sectors.  ThreeD seeks to invest in early stage, promising companies and ICOs where it may be the lead investor and can additionally provide investees with advisory services, mentoring and access to the Company’s ecosystem. 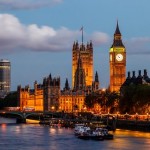