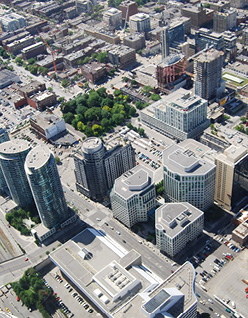 “With our initial focus of acquiring apartment buildings in Canada, it was our belief that there was an ability to buy buildings that were not being managed to their fullest potential,” Blair Tamblyn, President and CEO of Timbercreek Asset Management, told The Canadian Business Journal. “Then we could build a team to improve those assets, create value and generate predictable cash flow at the same time.”

For the first five years of the company’s operation, the focus was almost exclusively on adding Canadian apartments to its portfolio with the hopes of adding increased value to these properties through improved management and operations. Through this, Timbercreek built an asset and property management business to run the buildings and assets under its ownership, a daunting but worthwhile responsibility.

“Most people typically outsource the management component because it is quite labour intensive and not the most glamorous business, but we felt strongly that it was the only way we could be consistent with our philosophy of active management,” Tamblyn explained.

In hindsight, Timbercreek now attributes its efforts in its beginning years of operation to what now serves as the company’s successful foundation. Like the assets it serves, a solid foundation is crucial to success.

Vertical integration has also played a notable role in the long-term success of Timbercreek. Unlike many other asset management firms, Timbercreek sees through its asset investments in terms of the beginning acquisition through to the operation of individual buildings, something that has provided plenty of comfort for external instituational investors, which have now developed a strong following with Timbercreek.

The beginning years of the company—acquiring, maintaining, and operating Canadian apartment buildings—created the revenue required for Timbercreek to then make the next step. Revenue from this allowed the company to seek other opportunities of potentially larger revenue flows, ultimately leading to the development of the lending arm of Timbercreek. The company has worked to develop this secondary—but just as important—core competency of its operations.

Revenues from asset management of apartments have allowed Timbercreek to further explore the real estate industry. As such, Timbercreek began acquiring and managing real estate as well, expanding its team to have the capacity to originate debt across Canada. Specifically, Timbercreek does not pursue existing marketplace mortgages, but rather seeks out lending opportunities that allows the company to create a mortgage it is underwriting to the borrower, and the borrower’s assets, to be used as loan securities.

As an active manager, Timbercreek promotes direct ownership of real estate. Tamblyn added, “Active management is the interaction and direct relationship with the borrower. That was incrementally the focus for the next two to three years. We built out a successful business from there.”

Still, this doesn’t mean that Timbercreek subscribes to the philosophy that bigger is better. In fact, the opposite is true of the company’s philosophy.

Timbercreek’s assets under management are built upon its primary focus of engaging in the businesses in which it is already involved, continuing to execute the responsibilities in which the company has already endeavored. Further growth in the future is expected and is not ruled out. Tamblyn said, “As the team grows and as we continue to have comfort in our ability to look at new opportunities, I think we will [grow], to the extent that [these opportunities] are complementary to what we are doing now.”

It’s a four quadrant strategy for Timbercreek: Based on a national platform, Timbercreek operates 10 offices across Canada, which allows the company to deploy its active management philosophy as it is in close proximity to its properties under management.

Dealing with the economic downturn

Investors are impressed with the stability that Timbercreek has provided in recent years of market volatility. In fact, Timbercreek has grown by 50 per cent in the last few years. The company remained successful during the economic downturn, most impressively by showcasing its operational philosophy of low volatility real estate ownership providing predictable cash flow, and less fluctuation than that of broader equity and debt markets.

It’s a philosophy that Timbercreek plans to continue to carry into the future. As Tamblyn put it, “We’re focused on predictable low volatility investment opportunities and I’d expect we would evaluate those and, if they make sense, offer them to our clientele.”