Time for MPs and Senators to Completely Open the Books 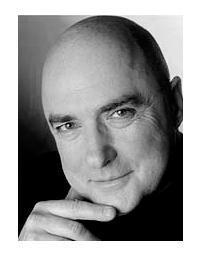 Were fundamental expectations in place, were rules routinely exercised in business engaged, questions swirling around members of parliament and the Senate concerning expensing of housing and more would never have become a source of media focus and national frustration.

Were each dollar of expense monies spent by elected as well as appointed members of our national and provincial governments available for public view and review, the spectacle of Senator Mike Duffy attempting to run from media demanding information about whether his residence on Prince Edward Island qualified for $21,000 in expenses claimed by the Senator in declaring his PEI digs to be his primary residence. Describing the issue to be “major distraction” and allowing there may have been a misunderstanding, Senator Duffy committed to repay those taxpayer dollars.

Expense spending of Senators Pamela Wallin and Mac Harb is also under scrutiny.

Canadians will be forgiven for wondering aloud whether at least some parliamentarians may be playing fast and loose with funds specifically intended to cover only legitimately encountered expenses. Still fresh in the collective national memory is former federal cabinet minister Bev Oda expensing an unacceptable hotel upgrade while attending a conference in London, as well as passing on the cost for a $27 glass of orange juice to Canadians increasingly working two, three and more jobs in order to meet basic cost of living.

Obtaining such information of misspending is at least somewhat hit and miss. Canada’s federally elected and appointed representatives in the commons, as well as the Senate steadfastly refuse, through the parliamentary Board of Internal Economy, on which each sitting political party has representation, to comply with the public demand for absolute expense spending transparency.

When highly respected then federal Auditor General Sheila Fraser requested a performance audit of MPs expense spending in May of 2010, the response from Ottawa was negative. Ms. Fraser directly chided MPs by saying “Well, I don’t think MPs have anything to fear. They’ve certainly indicated that they have strong systems and practices in place. If that’s the case, I would be very happy to report that.”

Then federal Liberal leader Michael Ignatieff, instead of being humbled by the AGs gentle dig fired back that the “Auditor General serves at the pleasure of parliament.” Pure arrogance? That certainly was the view of Canadians who filled my national call-in lines with their points of view.

Did MPs and Senators panic at the thought of a full forensic audit? Clearly. Ms. Fraser reminded them she was interested only in a performance audit, not the more detailed forensic version. My callers though demanded then and insist today on the forensic version.

It was this public pressure which quickly persuaded the Board of Internal Economy to play ball with Sheila Fraser, although in only a limited manner. After meeting with the AG, Board members agreed to allow a review of MP and Senator expense spending as long as the merits of each individual MP and Senator’s spending was not scrutinized. In Ms. Fraser’s words, “we are not going to mention individual cases.”

That though, is exactly what Canadians are demanding. Each individual MP and Senator’s expense spending should be posted online, dollar for dollar, item by item. These are public officials spending public monies. And it’s high time. Again quoting Sheila Fraser in 2010, “I don’t think anyone likes to audited, but it is an important part of our accountability and governance framework. It has been a very long time since an audit has been done in the House, I mean close to 20 years, and that is why we suggested it.”

Can you even imagine a corporate entity which refused for almost 20 years to report to shareholders the expense spending of its officers and executives?

One Liberal Member of Parliament bucked her party and the Board of Internal Economy by accounting on her website how she spent each expense account dollar. Michelle Simson came from a banking background and such expense reporting was second nature. Ms. Simson informed me that immediately she was called on the carpet by the then Liberal Party whip. She was told to stop the practice. When Ms. Simson refused she was subjected to party disciplinary action including being denied speaking privileges in parliament. Even when a 21-year-old constituent and member of Canada’s military died in fighting in Afghanistan, Michelle Simson was refused to offer her condolences to the young soldier’s family from her seat in parliament.

Clearly it appears the men and women of Canada’s parliament fear full forensic audits of their expense spending. Canadians are saying so. Catherine Swift, Chair of the Canadian Federation of Independent Business, who on several occasions has turned down offers to enter Canada’s Senate and is a regular contributor to my Corus radio network program shared that sentiment, telling my national audience “if you have nothing to hide, you have nothing to fear.”

Is there precedent for parliamentary misspending of significant amounts of expense monies? Sir Thomas Legge is the auditor Britain engaged to review expense spending by U.K. MPs and members of the House of Lords. His finding? 389 of 752 current and former MPs and members of the Peerage had claimed money from the taxpayer in violation of the rules. This resulted in a police investigation and criminal charges against 3 MPs and one member of the House of Lords. Some 1.1 million Pounds had been inappropriately claimed. British MPs had spent public monies on furniture, antiques and one on installing a heating system in her home.

In Canada, a former Nova Scotia MLA was sent to prison for nine months last year for defrauding taxpayers to the tune of $61,000 in order to support his gambling addiction.

The continued refusal by Canada’s federal parliamentarians to submit to full, open and public forensic audits of their expense spending leads me to conclude greed has replaced principal and narcissism has supplanted humility.

Canadians who work those two, three and more jobs, without the gold-plated pension MPs and Senators voted themselves, without a pension at all, without job security and without entitlements are demanding of their representatives’ transparency in spending and accountability to the electorate. This is not revolutionary. Such thinking is fundamental to an honest and respectful relationship between the electorate and the elected.