VANCOUVER, British Columbia, Oct. 02, 2020 (GLOBE NEWSWIRE) — Titan Mining Corporation (TSX:TI) (“Titan” or the “Company”) announces the proposed repricing of 2.5 million warrants issued to Augusta Investments Inc. (the “Lender”), a company controlled by the Company’s Executive Chairman Richard Warke, expiring on January 20, 2024 in connection with the Credit Agreement between the Company and the Lender pursuant to which the Lender agreed to extend and has advanced to the Company a second-ranking secured non-revolving credit facility of up to US$20.71 million (the “Facility”). The exercise price of the warrants will be repriced from C$1.40 to C$0.75 (the “Warrant Amendment”) subject to shareholder approval. In consideration for the repricing, the Lender has agreed to extend the due date for repayment of the Facility by one additional year from November 30, 2020 to November 30, 2021.
The Company is required to seek shareholder approval of the Warrant Amendment pursuant to and Section 608(a) of the TSX Company Manual because the Warrants are held by an insider of the Company. Such shareholder approval is to be obtained at a duly called meeting of security holders of the Company. However, the Company is relying on exemption under section 604 of the TSX Company Manual where written evidence that more than 50% of the holders of the Company’s issued and outstanding common shares, other than the common shares held by the Lender are familiar with the terms of the proposed warrant repricing and consent to it, the Company is permitted to proceed without holding a meeting of security holders to formally seek such approval.The committee of independent Board members (the “Independent Committee”) and the Board of Directors of the Company has approved the Warrant Amendment on the following basis (i) The Lender is a significant shareholder of the Company holding more than 50% of the issued and outstanding common shares of the Company, and the Lender has continued to support the Company through the original Facility, as well as subsequent advances; (ii) The Lender provided the Company with a waiver on August 2, 2019 waiving the requirement to pay interest as required pursuant to the Facility, enabling the Company to defer the payment of interest under the Facility, (iii) the Lender has agreed to extend the repayment date under the Facility for one further year to November 30, 2021; and (iv) since issuance, the Warrants have not been in the money to make it economical for the Lender to exercise and the Warrant Amendment would provide a greater possibility for the Warrants to be exercised prior to the Expiry Date providing the Company with additional capital. Accordingly, the Independent Committee and the Board of Directors of the Company believe it is in the best interests of the Company to grant the Warrant Amendment.Titan CEO, Don Taylor, commented, “The proposed repricing is a small gesture compared to the tremendous support that Mr. Warke has provided, and continues to provide, to the Company. With the closing of the recent C$8 million financing, we are excited to commence the Company’s first drill program on the Mineral Ridge property with a target to rapidly expand resources around the existing open pits, which have been vastly under-explored to date, and thoroughly test the other targets with the potential for new discoveries.”In accordance with TSX Policies, subject to the receipt of the necessary shareholder consent and final TSX approval, the Warrant Amendment is expected to take effect after the close of business on Friday, October 9, 2020.About Titan Mining Corporation:Titan is an Augusta Group company which produces zinc concentrate at its 100%-owned Empire State Mine (“ESM”) located in New York state. In addition, Titan has an option to earn a 100% interest in the Mineral Ridge gold property in Esmeralda County, Nevada that is drill-ready, fully permitted and hosts a current known gold resource of 350koz with tremendous exploration potential. Titan is built for growth, focused on value and committed to excellence. The Company’s shares are listed under the symbol “TI” on the Toronto Stock Exchange. For more information on the Company, please visit our website at www.titanminingcorp.com.ContactFor further information, please contact:Investor Relations:
Jacqueline Wagenaar, VP Investor Relations
Telephone: 416-366-5678 Ext. 203 | Email: jwagenaar@titanminingcorp.comCautionary Note Regarding Forward-Looking InformationThis press release contains certain forward-looking statements. Words such as “expects”, “anticipates” and “intends” or similar expressions are intended to identify forward-looking statements. Forward-looking information is necessarily based on a number of opinions, assumptions and estimates that, while considered reasonable by the Company as of the date of this press release, are subject to known and unknown risks, uncertainties, assumptions and other factors that may cause the actual results, performance of current and additional drilling, or timing of events to be materially different from those expressed or implied by such forward-looking information, including but not limited to the factors described in greater detail in the Company’s Management’s Discussion and Analysis and Annual Information Form for the year ended December 31, 2019, available at www.sedar.com. No securities regulatory authority has expressed an opinion about the securities described herein and it is an offence to claim otherwise. Titan undertakes no obligation to publicly update or revise any forward-looking statements, whether as a result of new information, future events or otherwise, except as may be required by law. 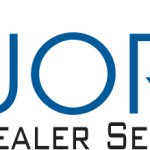