NOT FOR DISTRIBUTION TO THE UNITED STATES NEWSWIRE SERVICES OR FOR DISSEMINATION IN THE UNITED STATES
VANCOUVER, British Columbia, Oct. 10, 2019 (GLOBE NEWSWIRE) — Titan Mining Corporation (TSX:TI) (“Titan” or the “Company”) announces the closing of its private placement, announced on September 18, 2019, of 18 million units at C$0.35 per unit, for aggregate gross proceeds of C$6.3 million (the “Offering”). Each unit is comprised of one common share and one-half of a warrant of the Company. Each full warrant is exercisable into one common share of the Company at an exercise price of C$0.50 per share for a period of five years from the closing date of the private placement.The Offering was subscribed to by directors and officers of the Company including Richard Warke, Executive Chairman, and Don Taylor, Chief Executive Officer, and other supportive shareholders including Ross Beaty. Aggregate insider participation in the Offering was approximately 84% (15,185,716 units in aggregate). The common shares issued in connection with the Offering are subject to a statutory hold period expiring on February 11, 2020.Titan plans to use the net proceeds of the Offering for ongoing development and exploration drilling at the Empire State Mine as well as general working capital.About Titan Mining CorporationTitan is an Augusta Group company which produces zinc concentrate at its 100%-owned Empire State Mine (“ESM”) located in New York State. ESM is a group of zinc mines which started production in the early 1900s. Titan is built for growth, focused on value and committed to excellence. The Company’s shares are listed under the symbol “TI” on the Toronto Stock Exchange. For more information on the Company, please visit our website at www.titanminingcorp.com.ContactFor further information, please contact:Jacqueline Allison – Vice President, Investor Relations and Strategic Analysis
Telephone: 416-366-5678 Ext. 205 | Email: [email protected]Cautionary Note Regarding Forward-Looking InformationThis press release contains certain forward-looking statements. Words such as “expects”, “anticipates” and “intends” or similar expressions are intended to identify forward-looking statements. Forward-looking information is necessarily based on a number of opinions, assumptions and estimates that, while considered reasonable by the Company as of the date of this press release, are subject to known and unknown risks, uncertainties, assumptions and other factors that may cause the actual results, use of proceeds or timing of events to be materially different from those expressed or implied by such forward-looking information, including but not limited to the factors described in greater detail in the Company’s Management’s Discussion and Analysis and Annual Information Form for the year ended December 31, 2018, available at www.sedar.com. No securities regulatory authority has expressed an opinion about the securities described herein and it is an offence to claim otherwise. Titan undertakes no obligation to publicly update or revise any forward-looking statements, whether as a result of new information, future events or otherwise, except as may be required by law.
CBJ Newsmakers 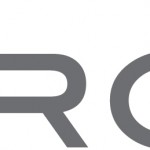 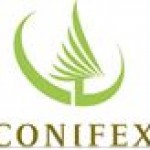