To Be Canada Inc. 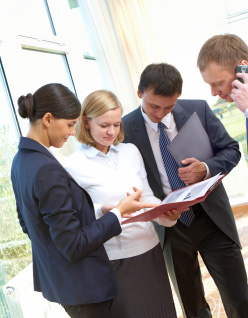 It’s simple: To Be Canada Inc., an organization founded in 2010, assists Canadian companies in establishing an international presence in an emerging market. But where it gets more detailed is how To Be Canada goes about its business.

With a focus on his native Brazil, Marcos Miranda, President and CCO of To Be Canada Inc., spoke about the new business opportunities that exist for Canadian organizations in emerging growth markets. Miranda said, “When I came to Canada to do my Executive MBA at Saint Mary’s University, I fell in love with Canada. I fell in love with the culture, the people, the environment and I feel that I am fortunate to be able to help and add value.”

Miranda believes that Canada is “waking up” to the fact that Brazil is an emerging market. Part of BRIC (Brazil, Russia, India, China), Brazil is a nation at an advanced stage of economic development. Among the many advantages in Canada-Brazil relations, perhaps one of the more underappreciated and less recognized factors is that the two countries are in similar time zones, allowing for ease of business. The two countries are also, relatively, geographically close.

An emerging economy, Brazil is a “powerhouse”, stable, with controlled inflation. Brazil is the largest market in South America and represents the eight-largest economy in the world. Born in Brazil, Miranda has lived in many different places, from Rio de Janeiro, to American hubs like Washington, D.C., and Miami, and Halifax, N.S., enabling him to leverage this, as he is familiar with Brazilian protocol, culture, language barriers, and knowing who the big players in business are. Miranda is also familiar with the political climate of international business and, in terms of Brazil, how the country’s politics and economy works.

The signing of a series of agreements on air travel, pension benefits, international aid and other areas between Brazil and Canada will have a significant impact on Canada-Brazil relations. The pact will benefit both countries by promoting a greater flow of people, goods and services and will also enhance both countries’ competitiveness.

Miranda said, “The economy in Brazil has emerged and has moved 40 million people, of a 200 million population, from ‘C’ Class to ‘B’ Class. That’s more than the Canadian population.

“There are huge opportunities in Brazil. There are an estimated 400 Canadian companies already operating in Brazil. Exports of Canadian merchandise to Brazil grew by 60 per cent from last year. What does that tell you?”

Canada’s largest partner country, notably, is the United States. The relationship between the two countries is bordered with one of the biggest global crossing, and is tied together with similar business cultures. Accordingly, Canada, like any developed economy, relies on global markets and has a big part of its economy tied to the United States. However, Miranda feels this type of set up can be dangerous by association. As an example, if the United States enters a state of protectionism, what is the ripple effect of this to its biggest national partner, Canada?

If Canada were to seek different markets, because of the lagging recovery of the American economy, Miranda feels Brazil is a “perfect fit” because it offers a similar business market to the Canadian business market. Canada is an integration friendly country to Brazil.

However, Miranda wishes Canada was more aggressive toward pursuing these relations with Brazil. Brazil offers many different opportunities in many different industries, from tourism, to securities, defense, oil and gas, education, mining, environmental technology, and sports. In fact, Brazil will play host to the 2014 FIFA World Cup as well as the 2016 Summer Olympics in Rio de Janeiro, both of which are already drawing significant business interest in many Brazilian industries.

“You can’t be tied up to only one economy. Brazil made a very smart move in the past when they started to detach their economy from the American economy and started to shift business over to China,” said Miranda, summarizing, “The global economy is a reality and you have to go global if you want to grow, if you want to compete globally.”

In terms of a global economy perspective, even when in a downturn, anything that happens will affect your company, and that’s why Miranda lives by the philosophy, “To accomplish great things, we must not only act, but also dream; not only plan, but also believe globalization is a reality.”

“My wish is to help as many companies as I can. I am a Brazilian and Canadian citizen by heart.”

Miranda was nominated for Business Person of the Year at the upcoming Halifax Chamber of Commerce 2012 Business Awards.