Ever since I started coaching hockey in 1982, one of the sayings that I preached to my players was “Head on a swivel.” It meant make sure you look around and always notice what is going on around you – not just in front of you. This saying was based on a foundational principle I adopted from my mentors to Read ‘n React, which is still followed today.

Technology on the other hand has changed. It has advanced and impacted the skill set, strength and speed of hockey players. As a result the game is faster and more dynamic. Technology has also leant itself to the ways players learn the game. Peer to peer teaching is more common today versus years ago when it was only through watching the pros or listening to the coach. Instructional videos evolved from reel to reel, to VHS, to DVD and now YouTube based. Thus making it easy for a player, regardless of age, to share and learn from another player, no matter where they are in the world.

Recently I was told that, the same foundation and changes are becoming more and more best practice in business. This strengthens the case for the old adage, you should learn more about business before you get into a business.

I caught up with Jim Treliving, the man I got to know as ‘our big boss’, during my time at the Central Hockey League. He is the owner of Boston Pizza and the original Dragon from CBC’s hit television series, Dragons’ Den. He told me about fundamental aspects business owner and C-suite executives need to be aware of to succeed today and in the future.

TECHNOLOGY IN BUSINESS IS MORE THAN A TOOL, IT IS A WAY OF LIFE

I started the discussion by asking the Dragon his thoughts about the Canadian Statistic, that over 86% of all companies in Canada have 19 employees or less. He said that the 13 years of Dragons’ Den have raised awareness and interest in this country about owning a business. “I had a conversation with the president of Canada’s Chamber of Commerce, who told me there is an increase in starting and owning businesses because of what we do on the show. Personally, I have helped business owners from the ages of eight to 70 years old.”

We are all seeing that children and young adult are smarter than ever. They have access to the internet and a knack to use technology easily. “My granddaughter is two and a half years. She can work an iPad and find a show she wants in seconds,” he said. “Watching regular television, as we did years ago, has quickly diminished. At Boston Pizza we continue to shift our ad budget away from traditional media and invest it in digital media.”

As a high profiled business executive with celebrity status, Jim Treliving is asked to speak quite often at events. He shared a story that demonstrates how young adults can access information quickly and easily. “I was at dinner of about 28 guests. Along with me was another young speaker. He asked me if I knew the net worth in the room. I had no idea. In seconds he tells me $236 billion. I asked him, how he knew that. He tells me, he Googled it. When I started with Boston Pizza I didn’t have the resources to get answers to questions at my finger tips.”

We all know things take time, especially in business. But with the integration of technology, “it speeds up returns,” Jim made very clear.

It is quite common today to hear about businesses looking for money to start up. That is the main purpose of the show Dragons’ Den. “If you wanted money years ago, 20% would come from a bank – the remaining 80% would be your own,” the Dragon said. “If you went to a non traditional lender like the old Federal Development Bank, the rule was you had to be turned down by two banks first.”

Over the years of being on Dragons’ Den, Jim Treliving has seen and heard hundreds of people share valuations of their business. Although it seems that everyone with a business idea is getting money, through traditional lending, crowd funding or angel investors, here are two mistakes the original Dragon says, business owners make when asking for the cash:

Merriam-Webster dictionary defines valuation as: the estimated or determined market value of a thing. “Valuation is all about what the company is doing right now. Not what it might do. I could easily say I might give you money… or I might not,” he said. “And don’t compare to other companies. You need your realistic valuation.”

Best practice in business is quickly including what we have been saying to hockey players for years…Read & React.

The business world is changing and morphing faster than ever. “You get a cell phone and in no time it is outdated and lost its value,” Jim said. This fast pace has transcended into the minds of the young who wonder, “How can we make money now?” he shared. It is common to see the older aged leaders want to hang on to what they have. Many are resistant to change. Those who venture out and want to ensure a longer lifespan in the business world need to look at the younger adult. “The younger generation is asking questions we never did. We just followed and did what we were told. For example we would punch a clock – work the hours we were told. Today we are seeing people work 4-5 hours a day at a job.”

This young generation’s need for possessing stuff is not as it was for many during the 1980’s and 1990’s. “It is not important to have a corner office for them. At Boston Pizza, we have five main offices in North America. They are all pretty modern. Our one in Dallas recently went through a change. And after being told to pick what they want, the team their came up with the following layout: only four closed door offices, one of them mine. The rest of the space was wide open,” he described. “Companies are losing young people because that group of people like to socialize and the closed office space concept is not conducive to their way.”

Jim said through that experience a high priority at Boston Pizza will be to change the other four offices.

It is all well and good that there is a culture and way of working change going on. But the number one concern on my mind was – is it effective? “Here is the best part, productivity is higher,” he said with out any hesitation. “Wait is a bad word.”

It was clear through him sharing his experience that this new way of working allows for collaboration and getting answers quickly. My biggest take away was peer to peer support and guidance is much better than what I grew up with… go to the boss to get answers.

If there is any obscurity in this quick changing landscape, the Dragon used these final words to assure an optimistic future, “can’t wait to see what is coming up next!”

Kevin Huhn is the Founder of Be Your Best Today and through its mission helps small to medium-sized businesses clarify their message, increase visibility and generate more sales. To learn more visit beyourbesttoday.ca. 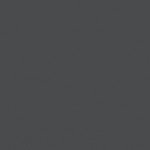 Social Media: What You Can and Can’t Automate 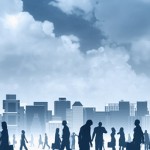