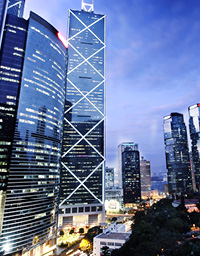 World growth will slow in 2012—the only question is by how much.

The problematic combination of private-sector deleveraging, public-sector austerity, and the lack of confidence in political leaders’ ability to navigate these choppy waters will continue to plague the United States and Europe. The U.S. economy can be expected to muddle through. Unfortunately, Europe will not be so lucky. Meanwhile, China’s economy is slowing and there is growing anxiety about the government’s ability to engineer another soft landing. If Europe only suffers through a mild recession and China does not suffer through a hard landing, then world growth will decelerate from around three per cent in 2011 to around 2.7 per cent in 2012. On the other hand, if the recession in Europe is much deeper and/or the slowdown in China more pronounced, then the global economy will be headed for much weaker growth and possibly another recession.

1. The United States Will Probably Avoid a Recession. The good news is that U.S. domestic risks have diminished somewhat, and growth momentum has picked up modestly. Consumers seem willing to spend and businesses are more disposed to hire—albeit cautiously. This means that over the next year US growth will average between 1.5 per cent and two per cent. In the near term, the Eurozone sovereign-debt crisis is the biggest threat to the U.S. economy. The longer-term outlook is clouded by uncertainty over how America’s burgeoning sovereign-debt problem will be fixed.

2. The Eurozone Is Headed for a Second Dip. All indications are that the Eurozone will suffer through a recession in 2012—a mild one if the region’s sovereign-debt problems are resolved, or a deep one if they are not. Fiscal austerity is in full swing, bank credit is tightening, and confidence is plummeting. With few exceptions, the Eurozone economies will see negative growth next year, with the region as a whole contracting by about 0.7 per cent—at best. Possible, though unlikely, is a much worse recession triggered by messy sovereign defaults and/or euro exits.

3. Asia Will Continue to Outpace the Rest of the World. While Asia will not be immune to a recession in the Eurozone, growth in the region will remain resilient and will continue to be the strongest in the world (around 5.5 per cent), for a number of reasons. Japan’s post-earthquake rebound will help underpin the region’s exports, offsetting some of the weakness in sales to Europe. Chinese growth can be expected to hold up at around eight per cent and further bolster Asian growth prospects—provided China’s housing downturn does not evolve into something much worse. Last but not least, easing inflation will give all Asian governments more leeway to stimulate, if necessary.

4. Growth in Other Emerging Markets Will Hold Up, for the Most Part. The Eurozone crisis and recession will have a differential impact on the rest of the emerging world. Hardest hit will be Emerging Europe, because Western Europe is its most important export destination and also because the region is dominated by subsidiaries of Western European banks—all of which are tightening credit. Latin America and Africa are relatively more vulnerable to the United States and China. Barring a catastrophe in either economy or another plunge in commodity prices, the growth in these regions should hold up fairly well.

5. Commodity Prices Will (Mostly) Move Sideways. During the coming year, commodity prices are likely to get pulled down by weaker global demand—and pushed up by limited excess capacity and continuing robust growth in key economies, such as China and India. The biggest demand-side risk is the possibility of a hard landing in China. Supply-side risks are commodity-specific. In the case of oil, markets are worried about an escalation of the conflict over Iran’s nuclear weapons program. That said, the most likely scenario is for the price of oil and other commodities to fluctuate around current levels.

6. Inflation Will Diminish Almost Everywhere. With world growth softening and commodity prices off their peaks, inflation in every region of the world will decline in 2012. The drop in inflation is likely to be the most pronounced in the developed world, because of vast amounts of excess capacity in both labour and product markets. In the emerging world, the recent declines in food prices are having the biggest impact. Without a spike in oil or food prices—triggered by a geopolitical events or bad weather—the inflation picture in 2012 will be quite benign.

7. Monetary Policy Will Either Be on Hold or Ease Further. Easing inflationary pressures and increasing anxiety about the growth outlook have changed the priorities of central banks worldwide. Central bank actions can be broadly categorized in three ways: 1) those with policy rates already near zero (e.g., the Federal Reserve, Bank of England, and Bank of Japan) will stay there indefinitely (or at least for a couple more years), in some cases with further quantitative easing in 2012; 2) some central banks that had been raising interest rates have now stopped (e.g., the Reserve Bank of India); and 3) some that had been tightening are now easing (e.g., the European Central Bank and the People’s Bank of China).

8. Fiscal Policy Is Set to Become Even Tighter in the United States and Europe. Notwithstanding the standoff over deficit reduction in the U.S. Congress, fiscal policy in the United States is already tightening. Federal government purchases will contract (after adjusting for inflation) over the next several years, acting as a major drag on growth. State and local spending is also expected to fall for at least another year. In Europe, not only are the most indebted countries (Greece, Ireland, and Portugal) in the midst of tough austerity programs, but three of the four largest Eurozone countries (France, Italy, and Spain) are being pressured to drastically cut budget deficits and sovereign-debt levels.

9. With the Exception of the Euro, the Dollar Will Keep Sliding. Economic fundamentals, alone, would suggest that the dollar should keep sliding against most currencies, especially those of emerging markets. Not only is the U.S. current-account deficit still extremely large, but both growth and interest rate differentials favor emerging-market currencies. However, the dollar will likely appreciate against the euro in the near term—as long as the Eurozone crisis drags on—rising to around $1.25 by next spring. If the Eurozone suffers a financial meltdown, the euro could easily go to parity against the greenback. In such a scenario, the dollar would likely rise against most currencies, as it did in 2008.

10. Most of the Risks to the Outlook Are on the Downside. While there are many risks facing the global economy, two look particularly threatening over the next year. The first is the possibility of a financial meltdown in the Eurozone, with some countries exiting, and/or a messy default by one or more of the large Eurozone countries, especially Italy or Spain. Such a “Lehman moment” for Europe would likely push the global economy into recession. The second big risk is a sharp slowdown in China’s growth (say to five per cent) triggered by a bursting of its real estate bubble. Such a scenario would have the biggest impact on the rest of Asia and commodity-exporting emerging markets.

Dr. Nariman Behravesh is Chief Economist of IHS and author of Spin-Free Economics: A No-Nonsense, Nonpartisan Guide to Today’s Global Economic Debates (McGraw-Hill). Directing the entire economic forecasting process at IHS, he is responsible for developing the economic outlook and risk analysis for the United States, Europe, Japan, China and other emerging markets. He oversees the work of over 400 professionals, located in North America, Europe, Asia, Latin America, the Middle East and Africa who cover economic, financial, and political developments in over 200 countries. 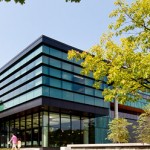 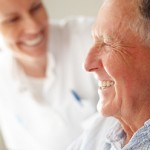