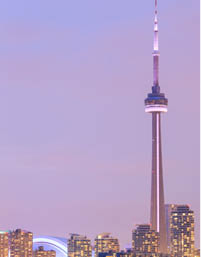 Voters in Ontario head to the polls in municipal elections on Oct. 27 with a number of very hotly contested races expected in some towns and cities to determine who will serve as mayors, councillors and school board trustees.

There are quite a few municipal elections across Canada’s largest province that should prove quite interesting, with Hamilton and Ottawa being among them.
In Steeltown, current mayor and former broadcaster Bob Brattina opted not to seek re-election. However, 12 people are vying for the job, including former mayor Fred Eisenberger. Another former mayor Larry Di Ianni had briefly considered entering the race, but ultimately declined in April.

In Ottawa, eight people want the city’s top job, including incumbent mayor Jim Watson, who by all accounts will be hard to displace. The core dynamic of electing a mayor in our nation’s capital was altered significantly following the amalgamation of several small communities into one larger metropolitan City of Ottawa in 2001.

To no surprise, the single most talked about municipal election that has garnered the lion’s share of attention is the race in Toronto. Like it or not, “The Big Smoke” as some call it, is the business hub of Canada and certainly has a major impact on the overall economic well being of Ontario has a whole.

The city of Toronto has a population of about 2.7 million. That’s not counting superfluous grey area geographic boundaries of a so-called ‘extended GTA’ devised by marketers, which tends to spread and contract depending on the marketing requirements of the company doing the counting. There are times the GTA has been deemed to extend out as far as Oshawa on one side of Lake Ontario all the way down to Niagara Falls on the other. If you were to include all the hamlets, villas, towns and cities in that vast area then yes, The Greater Toronto Area is arguably about 6 million people. This is done mostly for international promotional marketing efforts to make the Toronto seem that much bigger than it really happens to be. In fairness, most all major metropolitan areas in the United States employ the exact same tactic.

Big business, including finance, tourism, media, sports, telecommunications and culture dominate the economic landscape. The city also serves as a business distribution hub for manufacturing, although most of those actual jobs tend to be further out in the suburbs. Not only is Toronto the economic hub of Ontario and Canada, it is now considered one of the main business and finance centres in the world. The Toronto Stock Exchange is seventh largest globally in market capitalization.

Needless to say leading such an economically powerful city requires a lot of hard work. How would one even begin to describe the past four tumultuous years with Rob Ford as mayor of Toronto? It’s a conundrum whether you’re a major Ford support or detractor. Even some of Ford’s staunchest supporters of his acclaimed belt-tightening policies must have quietly been muttering to themselves about some of the insanely ridiculous antics and situations he landed himself in over the past few years that quite simply are not becoming of a mayor, and certainly not one of the city the size of Toronto.

Ford truly became his own worst enemy whereby his personal antics overshadowed some robust, efficient plans for the city. There is no denying many of his ideas make good fiscal sense. Unfortunately some of that sensibility doesn’t seem to translate so well into his personal affairs. Many finance and business experts do credit Ford for implementing much-needed financial restraints, a good number of which have helped the city deal with it’s out of control spending. But all the personal baggage that goes along with the business side of Ford has proven too much for a number of people to handle.

This year’s bid for the mayor’s seat got off to a bristly start with frontrunners John Tory, Ford and Olivia Chow trading verbal barbs at each and every opportunity. The other names, many of whom eventually dropped out, were largely irrelevant in terms of having any realistic hope of winning the election. But the race took a drastic and completely unexpected turn when on Sept. 17 it was revealed by Dr. Zane Cohen that the abdominal pain the 45-year-old Ford had been bothered by for the previous three months was in fact a cancerous tumor, requiring immediate, aggressive treatment that was to begin within 48 hours of that ominous public announcement.

Ford’s abdominal tumour, known as liposarcoma, was described as being about 12×12 centimetres, or about the same size as a baseball. A second smaller tumour of about two centimetres was also found. Liposarcoma is said to represent less than 1% of all adult cancers. This is a type of cancer that arises out of fatty tissues, which is extremely uncommon, and as such means notably different methods of treatment.

“He is an incredible person, husband, father, brother and son and he remains upbeat and determined to fight this,” older brother Doug Ford said in addressing the media on that difficult day. “Rob will beat this.”

Nominations for the municipal elections were accepted to Sept. 12 at 4:30pm. When it became evident Ford would have to drop out of the race to deal with his health issues, his older brother Doug Ford ultimately decided to put his name in for the mayor’s job with just hours to go before nominations were closed.

Endless rumours had been circulating for months about some big names who were allegedly going to consider taking a run at the mayor’s job, but ultimately none proved true. Among those whose names came up included: Ryerson University President Sheldon Levy; former NDP Premier Bob Rae; former Liberal Deputy Premier George Smitherman; and current Toronto city councillors Adam Vaughan and Denzil Minnan Wong. The name Margaret Atwood was even bandied about, although it turns out she had never seriously considered putting her name in the hat. The association was somehow made after she and Mayor Ford traded verbal jabs over the closing of several library locations, which infuriated the internationally known author.

Throughout the summer campaign, The Canadian Business Journal has been at several media events and scrums where the candidates have debated the main topics that are of primary concern to the residents and businesses in Toronto. Public transit and gridlock are in many ways intertwined. Fix one and it automatically relieves a great deal of stress on the other – but that’s easier said (or written) than done. With still no viable logistical solution on how to effectively address and resolve the nightmarish situation with the crumbling Gardiner Expressway, immediate focus is on improvement to the transit system. Tory, Chow and Ford – before bowing out due to illness – all have vastly different ideas as to how it should be improved.

For Torontonians there are several key issues that they want rectified. First and foremost is the need for more efficient public transit, which goes hand in hand with the gridlock nightmare, especially in the downtown core. Property taxes and jobs are also on the pecking order.

Tory has come to the table with an initiative known as SmartTrack. It’s a $9 billion proposal that would theoretically emulate transit systems used in other large cities around the world, including London and Paris. The SmartTrack line would provide service from the Airport Corporate Centre in the west, southeast to Union Station and northeast to Markham in the east. It would have 22 new station stops and five interchanges with the TTC. It’s estimated the line would be in operation seven years after the start of construction. Tory touts the main benefits of being able to use existing rail lines, although he has admitted some tunnelling work may be required.

Ford, prior to dropping out of the race, had been campaigning on a plan centred on a 32-km subway expansion, at an estimated cost of $9 billion. Doug Ford is now running on that same policy.

If elected mayor, Doug Ford has made a promise that money collected from the sale of city buildings will be used to build additional subway stations. As a lead executive of Build Toronto, Ford says there is now about $540 million in revenue from the sell off of city real estate over the past four years.

“We want to take the under-utilized property in Toronto, sell it at a premium and make sure that it goes directly to subways, not the general coffers,” Ford told a group of reporters in downtown Toronto.

While Tory and Doug Ford have now become more combative in the media with one another’s plans, when Rob Ford dropped out of the race, the 60-year-old Tory began aiming greater attention and verbal salvos on Olivia Chow, widow of the late Jack Layton.

“I don’t think we will get back on track with Olivia Chow as mayor when she will, on her first day in office, start a long and drawn out fight with the provincial and federal governments and the city council on the already agreed to and fully-funded Scarborough subway,” Tory said, while addressing The Toronto

Region Board of Trade.

Chow has campaigned on taking some of the $1 billion to be raised from a dedicated property tax hike for the Scarborough subway and direct that towards her plan for $15 million in increased TTC bus service. Chow’s transit strategy has been focused on buses, using the slogan of “Better bus service. Now.” But how does that solve congestion? In fact, as both Ford and Tory often mentioned, it doesn’t alleviate the current problem, and may actually add to it.

“Ms. Chow admitted that it would cost $105 million for the new buses and that another $100 million would be needed to build the garage,” Tory noted. “So we seem to be quite a long way from $15 million.”

Despite Tory increasing his attacks on Chow’s plans, Doug Ford has by no means escaped criticism. In fact, the longer the campaign went on, the more feisty and terse Tory’s verbal jabs have become.

“Only Doug Ford and the Ford sideshow could have turned in the most lucrative property market in North America … into an organization (Build Toronto) that actually lost $2.1 million dollars,” he snapped, referring to 2013 numbers.

So how do transit and multiple other necessary programs and services get paid for by each of the candidates? Chow has proposed a 1% hike on the levy charged to properties sold for over $2 million. She has also been recorded as saying “around” the rate of inflation. Doug Ford has kept the promise previously outlined by his brother Rob to keep property taxes “well below” the rate of inflation while Tory pledged to keep property-tax increases within the rate of inflation. Skeptical voters don’t like hearing words such as “around” or “well below”. Around could be within one percentage point to some, yet others may feel it’s a three or four-point swing.

Tory, Ford and Chow all recognize the Gardiner Expressway is a colossal problem, but none feel that tearing it down would cause far more harm. With gridlock already rivalling that of downtown Manhattan and Hong Kong, losing the major artery into downtown Toronto would be economic suicide.

Based on feasibility of election platforms and giving a shred of credibility to some polls, this is definitely John Tory’s election to lose. But then again he’s done that before, twice; once at the provincial level against Dalton McGuinty and once at the municipal level to David Miller. Come Oct. 27, Tory will either hit that home run many feel is long overdue, or it will be a third and final strike at the political ball. 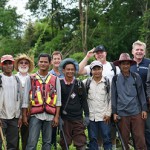 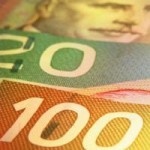