The PS-602 well has been producing for 67 days from 80 feet of net oil sands in a secondary horizon of the Lower Forest formation. The well has produced 3,107 barrels of oil to date, representing an average of 46 bbls/d. The Company is speeding up the pump to increase productivity following which an additional 40 feet of perforations are expected to be added to the zone. The well is currently producing at a field estimated rate of 50 bbls/d.

Touchstone completed the drilling of two wells in the WD-8 block targeting oil reserves in the relatively undeveloped northern portion of the property. The two wells were drilled into separate fault blocks and although offset by legacy wells, represented a significant step-out from the Company’s previous drilling in the area.

The initial completion of FR-1792 was performed in two stages to gather pressure and production data in the Cruse formation and the well was placed on production on May 10, 2018. The well is currently flowing clean, 28° API oil up casing from a 20-foot thick sand package. The Company will provide a production update once rates have stabilized after 60 days.

The FR-1793 well was completed on May 12, 2018 and is expected to be placed on production within the next seven days.

With the drilling of the two wells, Touchstone is current with respect to its minimum work obligations specified in the WD-8 block Lease Operating Agreement (“LOA”). The Company plans to drill its final obligation well in the third quarter of 2018.

The CO-370 well spudded on April 8, 2018 and reached a total depth of 3,820 feet. The rig was released on April 17, 2018, and the well was cased for oil production. Wireline logs indicated the presence of approximately 227 feet of net oil pay as follows:

CO-371 was spud on April 23, 2018, and the well reached a total depth of 4,530 feet on May 8, 2018. The well was drilled to access hydrocarbons in a separate, adjoining fault block to the CO-370 well. Wireline logs indicated the presence of approximately 405 feet of net oil pay as follows:

The Company has cased CO-371 for oil production and the drilling rig was released on May 11, 2018. Touchstone anticipates commencing initial completion operations on both wells following the completion of work on FR-1793. With the drilling of the CO-370 and CO-371 wells, the Company has satisfied its Coora 2 block LOA minimum work obligations through 2020.

The Company is currently preparing the common surface location for the sixth and seventh wells of the 2018 drilling campaign. The two wells are follow-up locations to Touchstone’s successful CO-368 and CO-369 wells drilled in 2017. Drilling is anticipated to resume in approximately three weeks.

“The first five wells of 2018 have been successfully drilled. With the promising net pay indicated on the logs, we expect to have the potential for significant production coming on stream as the wells are completed. We are excited to see the stabilised production results from these wells as we accelerate to our target of 2,000 barrels per day. We are pleased with the momentum achieved with the 2018 drilling campaign to date, and increased realized oil pricing has allowed us to be more profitable on a per barrel basis.”

Touchstone Exploration Inc. is a Calgary based company engaged in the business of acquiring interests in petroleum and natural gas rights, and the exploration, development, production and sale of petroleum and natural gas. Touchstone is currently active in onshore properties located in the Republic of Trinidad and Tobago. The Company’s common shares are traded on the Toronto Stock Exchange and the AIM market of the London Stock Exchange under the symbol “TXP”. 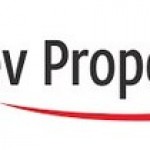