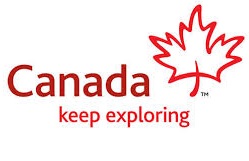 CBJ – Minister of State (Small Business and Tourism) (Agriculture) Maxime Bernier announced the results of a strong year for the tourism industry in Canada on Wednesday.

Bernier was accompanied by Naomi Yamamoto, British Columbia Minister of State for Tourism and Small Business, and by David Goldstein, President and CEO of the Canadian Tourism Commission (CTC).

In 2014, overnight arrivals to Canada by non-residents reached 17.1 million, a year-over-year increase of more than 3% (more than 537,600 tourists) and more than double the growth rate of tourists in 2013.

Over this same period, Canada saw an increase of over 10 percent in overnight arrivals from the CTC’s overseas markets. The CTC operates international leisure market promotional activities in 10 countries around the world.

Tourism makes an important contribution to the Canadian economy, with businesses large and small employing hundreds of thousands of workers in communities across the country. In 2014, the tourism industry provided nearly 628,000 direct jobs, and tourism revenues in Canada reached $88.5 billion. 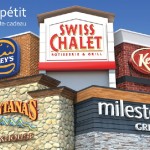