Situated in the heart of the Canadian Prairies the city of Saskatoon is a multi-faceted community with numerous year-round family attractions, filled with awe-inspiring intrigue and fun. It is without doubt one of the best kept tourism secrets in the country. But it’s a secret that’s being shared by more visitors each and every year.

The Canadian Business Journal recently spoke with Todd Brandt who is President and CEO of Tourism Saskatoon and the man tasked with leading the initiative to build the city’s capacity to host large commercial, corporate, sporting and leisure events and increase the city’s profile on an international scale.

Among Brandt’s numerous responsibilities include the implementation of a strategic plan set by the board of directors, resource development, team coordination, providing senior direction for research, marketing, and product development activities. He also manages Saskatoon’s Destination Marketing Program, and is the corporate liaison with the Saskatoon Hotel’s Association, the City of Saskatoon, Tourism Saskatchewan, the Tourism Industry Association of Canada and Destination Canada. On top of all that, Brandt is the current chair of the Destination Marketing Association of Canada.

Increasing the number of large commercial, corporate, sporting and leisure events in Saskatoon to expand the city’s overall public profile on an annual is front and centre for Brandt and his team. A fundamental goal at Tourism Saskatoon is to be a broad resource for as many people as possible while expanding on the branding efforts of the city. To this point, they’ve been extremely successful with their strategic plan.

“We’ve moved the mark in a number of areas when you look at overall revenues with more than $550 million in annual tourism receipts,” Brandt tells us. “I like the look of the split between national and international conferences and sport events. It’s still very competitive out there, even more so than five years ago. We have a lot of new product in Saskatoon that is looking for sale.”

Tourism-related jobs in Saskatoon now total beyond 15,400, which impressively accounts for about 9% of the entire city’s workforce in a city of more than 307,000 people.

Federated Co-operatives head office is located in Saskatoon and they have major marketplaces every year in Saskatoon, which allows for reciprocal business events being built around it. The entire province of Saskatchewan is well known for its agricultural base, potash production the oil and gas sector. Brandt and his staff work closely with those and other industries to attract healthcare and mining-related conferences.

“Those are sectors of strength for us not only at a national level but international as well. It’s very important that every city tries to differentiate and focus on areas of strength,” he says.

The city boasts about 65 mainstream events on an annual basis, and while a sizable number of them are in the summer months there is always something going on the entire year round.

“We have a relatively good balance throughout the entire year when I look at each quarter compared with other destinations,” Brandt says.” “There is a slight increase in the summer season as you would expect but when I look at revenues per quarter it’s pretty even across the board, which is a positive.”

Some of city’s cultural showcase events include the Jazz festival, which is a 10-day event. It’s the 30th anniversary this year and it anchors the kickoff of the summer season. On the sports side, marquee events such as the PGA Tour Canada visits in the third week of June.

Saskatoon is home to the University of Saskatchewan, the Meewasin Valley Authority which protects the South Saskatchewan River and provides for the city’s popular riverbank park spaces. A major tourist attraction is Wanuskewin Heritage Park, a National Historic Site of Canada representing nearly 6,000 years of First Nations history. It is a non-profit cultural and historical centre, which officially opened to the public in 1992, preserving the importance of its archaeological resources representing nearly 6,000 years of the history of the Northern Plains peoples.

“They’ve announced this year that they are going to try and achieve UNESCO World Heritage designation because of the critical importance of the archaeological site and the continuous use of the site by First Nations. It has one of the highest draws of international visitors,” Brandt says.

With First Nations’ culture there is a lot of subtlety with their beliefs and artifacts, which makes for an intimate story but they’re quite willing to share with people the various stories.

For locals and tourists with an artistic and creative side, the new Remai modern art gallery is about 90% completed and is expected to open within the year. There is about $90 million dedicated to modern art and the gallery has also acquired the largest collection of Picasso linocuts, valued at $20 million, a sizable portion of which was donated by lead patron Ellen Remai.

“It’s really going to put us on the map internationally. Art people are going to want to see the Remai Modern,” Brandt says.

Saskatoon’s sport tourism body has been in existence for 18 years with a specific focus on helping recurring sport events happen and drawing big events into the city as well. The success they’ve had over the years includes hosting the high-profile World Junior Hockey Championships. Also coming down the pike is an association with such organizations such as PGA Tour Canada.

There have been a large number of hotel builds in Saskatoon over the past few years, with all looking to attract business travelers, be it for conventions or other work purposes. Both the newer and established properties have upgraded the level of amenities, making for an even more pleasant stay. The airport had had a major terminal upgrade about 12 years ago, which has borne tremendous fruit with a markedly enhanced number of business and tourism travelers.

“Once people are here in Saskatoon it’s a pretty quick and easy city to move around in. From the airport to downtown is about nine minutes of travel time,” Brandt says. “The lifespan of that terminal, adjusted a number of years ago, we surpassed capacity and have already completed another round. As people land at our airport there’s a fresh new arrivals area and departures area with a number of new bridges, which was needed because of the volumes we were going through. It’s a good experience when you come into the airport.”

Most people who’ve never been to Saskatoon might expect a flat, dry prairie but it’s very much a park land in and around Saskatoon where there are treed valleys and the water here is very accessible. There are always lots of activities on the river with spectating on either side with events such as fireworks, dragon boat festivals, and people out waterskiing.

“The river very much is our spine that connects us together,” Brandt says.

“The hotels collect the dollars into a fund and we’re the management and marketing arm of that. Those dollars are significantly used to provide incentives. If you’re an association or a group we can help bring your event to Saskatoon. We market nationally and internationally with those dollars and to the leisure world as well,” he says.

The overall feel and friendliness of the city is quite amazing. People really will sit down and have a conversation with you on a park bench. It is part of the rural upbringing and ingrained charms that results in such a cooperative, friendly atmosphere. Visitors are also often surprised by the greenness and beauty in the winter with many trails.

Saskatoon also has a great nightlife aspect, which is an atmosphere not likely readily known by most people who’ve never experienced it first-hand. Demographically, it is Canada’s youngest city and it’s that youthful presence that brings about a tremendous level of energy.

Brandt and his team have made a conscious decision to try to work from within the community outwards. They want to work with local hosts that will work with Tourism Saskatoon to assist in bringing in conferences and trade shows while at the same time showing off the pride of the city.

We’re putting a lot more time and energy into working with the media to help share the story of Saskatoon,” Brandt adds.

Tourism Saskatoon is one of only a few internationally accredited destination marketing organizations (DMOs) in Canada, which means carrying a strong standard and consistent work ethic in terms of being recognized as that trusted intermediary for others outside of the city.

“Where we need to get to is recognition of how we can support the community. We want people to know that we will work as a trusted intermediary where people come to us and want to explore the community and consider us for a destination,” Brandt says. 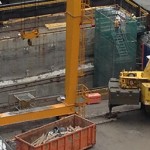 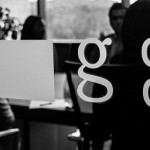