Tower One Construction Update for the Month of May 2021

During the month of May, the Company has been able to complete seventeen (17) new towers and has a total of thirty (30) towers under construction in Colombia and Mexico.

Tower One continues to support the efforts to deploy efficient telecommunications networks which lead to more connected and serviced communities across Latin America. Deploying new infrastructure to provide mobile internet coverage has a direct effect in reducing the digital gap of users and communities, ensuring inclusion and improving the economic development.

A copy of the construction report for the month of May 2021 can be found in the Company’s web site or following this link:

About Tower One
Tower One’s principal business is to build, own and operate multi-tenant wireless telecommunications infrastructure (“towers”) in Latin America. Tower One leases space on its towers to mobile network operators. The Company is focused on the build to suit tower industry whereby a long-term lease is secured with a tenant prior to building a tower. The Company operates in the two largest Spanish speaking countries in Latin America (Colombia and Mexico) with a combined population of approximately 180 million people.

The CSE has not reviewed and does not accept responsibility for the adequacy or accuracy of the contents of this news release. 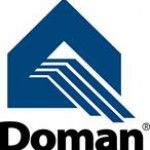