Tower One Update and 2020 Outlook

VANCOUVER, British Columbia, Jan. 16, 2020 (GLOBE NEWSWIRE) — TOWER ONE WIRELESS CORP. (CSE: TO) (OTCQB: TOWTF) (Frankfurt: 1P3N) (“Tower One” or the “Company”) announced today it has received a progress update from its Argentina, Colombia and Mexico subsidiaries.
Alejandro Ochoa, CEO of Tower One, stated: “The Company completed over 65 towers in 2019 in addition to collocations. In 2018, the Company built approximately 60 towers. We anticipate a strong demand for Build-to-Suit (“BTS”) towers this coming year, principally in Colombia and Mexico. We feel the driving force for this growth comes from the much anticipated 700 MHz Spectrum Auction that concluded successfully in December 2019. We believe mobile network operator commitments for the next several years will result in market demand for over 3,600 new sites to be developed. We expect this will result in a steady and strong demand for tower sites from the Company. As of the date of this release, we believe we are in a position to continue implementation of our current business plan and hope to double our installed tower capacity in 2020 to more than 120 towers. As a result, we anticipate that we will have double the number of new tower sites in 2020 relative to the 2018 and 2019 periods.” Current PortfolioAbout Tower OneTower One Wireless Corp.’s principal business is to build, own and operate multi-tenant wireless telecommunications infrastructure (“towers”) in Latin America. Tower One leases space on its towers to mobile network operators.  The company is focused on the build to suit tower industry whereby a long-term lease is secured with a tenant prior to building a tower.  The Company operates in the three largest Spanish speaking countries in Latin America (Colombia, Mexico and Argentina) with a combined population of approximately 220 million people.Contact InformationCorporate Communications
USA (917) 546-3016
E-mail: info@toweronewireless.com
Website: www.toweronewireless.comThe CSE has not reviewed and does not accept responsibility for the adequacy or accuracy of the contents of this news release.FORWARD LOOKING STATEMENTS
Certain statements in this release are forward-looking statements, which include regulatory approvals and other matters. Forward-looking statements consist of statements that are not purely historical, including any statements regarding beliefs, plans, expectations or intentions regarding the future. Such information can generally be identified by the use of forwarding looking wording such as “may”, “expect”, “estimate”, “anticipate”, “intend”, “believe” and “continue” or the negative thereof or similar variations. Forward-looking statements in this news release include statements regarding the Company’s anticipation of strong market demands for its BTS towers in 2020 and thereafter, and the Company’s expectation to double the number of its new tower site sin 2020  relative to 2018 and 2019. Readers are cautioned not to place undue reliance on forward-looking statements, as there can be no assurance that the plans, intentions or expectations upon which they are based will occur. By their nature, forward-looking statements involve numerous assumptions, known and unknown risks and uncertainties, both general and specific that contributes to the possibility that the predictions, estimates, forecasts, projections and other forward-looking statements will not occur. Forward-looking statement are necessarily based upon a number of factors that, if untrue, could cause the actual results, performances or achievements of the Company to be materially different from future results, performances or achievements express or implied by such statements. These assumptions, risks and uncertainties include, among other things, the state of the economy in general and capital markets in particular, present and future business strategies, the environment in which the Company will operate in the future, and other factors, many of which are beyond the control of the Company. While such estimates and assumptions are considered reasonable by the management of the Company, they are inherently subject to significant business, economic, competitive and regulatory uncertainties and risks. The Company assumes no obligation to update any forward-looking statements or forward-looking information referenced herein, whether as a result of new information events or otherwise, except as required by applicable securities laws.
CBJ Newsmakers 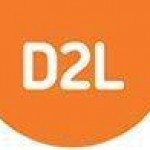 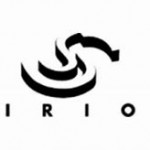