In the far northern reaches of Ontario the marvelous geographic landscape consists of hundreds of miles of continuous majestic scenery in what can be described as one of the most beautiful rural regions in Canada. Encapsulated within that vast natural beauty is The Town of Marathon, Ontario in the Thunder Bay District, on the north shore of Lake Superior in the heart of the Canadian Shield, about 300km east of Thunder Bay, just north of Pukaskwa National Park.

As per the official Town doctrine, the fundamental mission is to promote economic development and diversification to facilitate the enhancement of the economic base within and around the Town of Marathon for the economic and social benefit of the community.

The Canadian Business Journal recently spoke with Bob Hancherow, General Manger, Marathon Economic Development Corporation about its unlimited potential and particularly with respect to the gold mining industry. As a lifelong resident, Hancherow has an amazing, indepth knowledge about the community of 3,300 residents.

Historical records dating back to 500 B.C. indicate the geographic area was inhabited by people formerly known as Ojibway Natives who lived along the Pic River with their descendants living in the area to this day. They are now identified as Biigtigong Nishnaabeg.

“We have an excellent working rapport with those folks and have a couple of great joint projects that we’re working on – mostly related to tourism,” reveals Hancherow.

In modern times Marathon cut its teeth as a rail town. At its peak there were 10,000 men and 12,000 horses during the time period of the rail installation. To put the cost into perspective, it was as expensive to put down one mile of rail through the Marathon area as it was going through the rugged terrain of the Rocky Mountains in the west.

Moving on from the rail era, Marathon went on to become a pulp & paper community in the early 1940s but the pulp mill ultimately closed in 2009 and put about 235 people out of work. But the arrival of the Hemlo mines in the 1980s provided the Town with a viable second industrial base and a significant economic driver, and it remains a driving force to this day.

“It wasn’t just Marathon that benefitted because the mines are centralized to several surrounding communities,” reveals Hancherow.

The Marathon Economic Development Corporation where Hancherow is employed is a separate not-for-profit entity with the mayor and four councillors serving as the shareholders.

“I answer to a volunteer board of directors and there are many advantages to this kind of setup,” he explains. “With economic development you have to be aggressive. We can’t be sitting here waiting for the phone to ring. You have to go knocking on doors and create lead generation.”

Operating as a separate entity allows the MEDC a greater degree of flexibility for entering into joint business ventures, public-private partnerships or to go it alone, if the inclination is there.

“I get valued input from my board of directors and certainly the mayor, council and senior staff. I like to think it’s a team effort for the betterment of the community and the region,” conveys Hancherow.

The Marathon and District Chamber of Commerce and the MEDC work hand in hand to further promote economic development in the region. Hancherow keeps his hand on the pulse of the community through the Chamber and receives lots of informative, interactive feedback.

Barrick Gold has a large presence in the region with its Hemlo camp providing jobs to five local communities including Marathon. Employment in the gold mining sector in and around the Town can fluctuate depending on the time of year but it’s typically about 550 employees and another 250 contractors.

“It’s still a large mine today. Last year it produced 235,000 ounces of gold at a cost of about $795 per ounce. The price of gold is at about $1,240 per ounce, so the mine site is doing quite well in terms of gross profit. We’re not the largest gold mine in North America as we once touted but we’re still among the top in gold producing,” notes Hancherow.

According to a report from Barrick Gold in February, 2017 there is to be an ore body expansion of Hemlo, which is certainly good news for Marathon and the surrounding regional communities. Increased automation, enhanced material handling systems and production growth are all positive indicators that Barrick has long-term plans to remain as an integral commercial partner in the economic well-being of the municipality.

“I’m told they are drilling 80,000 metres of coring samples in exploration of looking for new resources,” says Hancherow.

One key individual in the local mining industry is a man named Rudy Wahl. Born in Germany, he immigrated to Canada in 1988. For many years Wahl worked with Barrick Gold before leaving in 2008 to concentrate solely on independent prospecting, although he had been doing it part-time since 1989. His work has resulted in the discovery of more than 30 mineral properties with gold, base metal, strategic metals and diamond potential.

Wahl’s exemplary work ethic has earned him countless awards and industry recognitions. He has worked in unison with Lakehead University faculty and students in research on his mineral properties. Wahl received an Honorary Doctor of Science degree on Saturday, June 3.

“It’s a very big deal for a local person and it is totally warranted,” Hancherow proudly states. “He is very bright and driven to succeed. He’s also had many other awards including Prospector of the Year.”

Wahl has been directly responsible for a number of significant diamond finds, and it didn’t take long for the word to spread about his success. In fact, DeBeers is now said to be contemplating a presence in the area.

“It’s not just Barrick and what they’re doing. We hope that Jackfish will be a major find. It’s basically halfway between here and Terrace Bay,” says Hancherow. “We know that there is niobium and other precious metals just 25 miles west of here in the Prairie Lake area. Back at Barrick and the Hemlo camp, a company has just optioned and acquired 18,000 acres of prospecting claims. A lot of that is from Rudy (Wahl).”

Marathon also benefits from excellent transportation routes into and out of the community, whether it’s by road on the TransCanada Highway, by train on the Canadian Pacific Railway or at Marathon Airport, which is very well used and also serves as a stopover fuel depot when traveling to other destinations. The Town also rescued the Wharf at the old pulp mill, which makes the option of sending goods via shipping a distinct possibility in the future. Coal and oil and pulp sulfite used to go in and out of the bay harbour on a regular basis and it stands to reason the harbour could once again be put to good use as integral transportation cog for future economic projects.

A Wonderful Quality of Life

Marathon serves as the commercial hub for the rural region and is home to the largest indoor shopping mall between Sault Ste. Marie and Thunder Bay.

“We have an M&M Meats and a Canadian Tire and not all small rural communities have that. And, we have a really good education system and healthcare system, with nine doctors here in Town,” says Hancherow.

“We like to think that quality of life is one of the key trademarks of Marathon,” says Hancherow.

Recreation and tourism has always been an added bonus for the Town of Marathon, which has a number of cross-country skiing trails, downhill skiing, a four-sheet curling venue and the only indoor swimming pool between Sault Ste. Marie and Thunder Bay. There’s also a challenging 9-hole golf course, designed by the legendary Stanley Thompson. Recent recreational additions include a new skatepark, basketball courts and refinishing the tennis courts.

“We’ve identified almost 200 painting sites that were made by famous Group of Seven. There’s going to be some definite tourism generation from that. The local indigenous artwork and artisan work is also incredible. We reopened our visitor information center, which is now known by the name Gchi-Waaswaaganing,” says Hancherow. “It was a joint venture between two communities. Local artists and artisans have their products sold there.”

Hancherow firmly believes the future of Marathon is bright and that the community is on the cusp of stepping into a number of new, exciting projects. From White River to Jackfish there is a great deal of mining activity with exploration and prospecting. There is also the plan of getting back into forestry, and not just pulp & paper or dimension lumber, according to Hancherow. “I want to move into the bio-economies such as bio-heating and bio-energy. We’ve done a lot of work on that and there are some really great opportunities.”

The Town is also examining development of gasification and co-generation and how they can put Marathon on micro-grids to make their own hydro and create their own heat, as part of a bio-degradable, bio-economy. It stands to be a challenging project, but is a rewarding endeavour that Hancherow wants to pursue. Success could yield substantial advancements for rural areas that are still dependent on generators for a primary power source. The historical dilemma has been transporting the technology out of the laboratories and the halls of academia and into the real world, but it’s a conundrum that could soon be overcome through strategic public-private partnerships.

“We hope to cut a ribbon in Marathon on a gasification plant or a co-generation plant and all fueled either by municipal waste or by fuel from the forest. It’s not for me to say whether shutting down the coal plants is the right thing to do, but we want to replace those coal plants with fuel from the forests. We can make cosmetics, pharmaceuticals and resins. That whole world of bio-economy opens up so many doors for us,” says Hancherow. “We have a very stable local economy and I think we’re in a really good situation to move forward.” 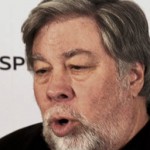 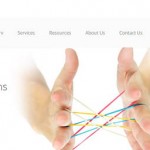