It’s not every town that is able to declare itself as the fastest-growing municipality in Canada, but Milton, Ontario certainly can. According to the last two national census reports Milton has in fact been the community with more growth activity than any other with was an astounding 71% population increase in the five-year period between 2001 and 2006 and another 56% increase between 2006 and 2011. With a current estimated population of 105,000, projections indicate it could be near 225,000 by the year 2030.

The Town of Milton is part of Halton Region and is located in the southwestern quadrant of the Greater Toronto Area. It was incorporated into a town in 1857 and was named in honour of British poet John Milton.

The Canadian Business Journal recently spoke with Milton’s Chief Administrative Officer Bill Mann about the meteoric evolution of the municipality during the past 15 years. Mann has a wealth of public works experience having joined as a staff member in 1994, primarily to oversee economic planning and development. Prior to that, he had a similar role in nearby Mississauga.

In the decade between 1970 and 1980 Milton was still very much a rural community and had what would be best described as modest population growth, increasing from about 10,000 to 30,000 after which stagnation set in due to those servicing capacity issues. But if there was a way to deal with providing increased civil servicing, it was evident that the potential for growth would be unlimited.

“In 1974 you could see the writing on the wall because Milton was amalgamated with five townships. It’s now 157 square miles and even at that time it had the largest undeveloped area left in the Greater Toronto Area,” Mann says.
Between 1980 and 2000 Milton was essentially frozen from any tangible development due to servicing capacity constraints. In short, Milton was based on a stream-based wastewater system but had maximized their Ministry of Environment approval and so the Town was denied expansion consideration for almost two decades. By the year 2000, Mann had led the way in putting the Town’s vision in place based on an official plan that had been assembled in 1997. He joined Milton largely because he was one of the few people in the region who had gleaned such previous expertise having been with Mississauga during a sizable portion of its incredible growth period.

“In 2000 we saw the result from that with the introduction of what we call the two big pipes,” he says. “One big pipe comes up from Oakville for water and the effluent goes down to be treated and goes back into the lake.”

It has been apparent to business development experts where a bulk of economic growth would be in the Greater Toronto Area once a proper lake-based system was introduced. Land availability has always been in abundance and because of Milton’s relative location to Toronto’s Pearson International Airport and Highways 401 and 403 it was only a matter of time before explosive growth was unleashed. Geographically, it provides a perfect corridor to and from Toronto while offering direct passage routes to either Buffalo or Windsor. There is also the crossing of the CN and CP rail lines, which further enhances the Town for its capabilities to serve as a logistical warehouse depot.

To enhance further widespread interaction with other municipalities, serious discussions are underway with Metrolinx about providing all-day GO Train service to Milton and also an inter-regional transit system within Halton that would further assist in better connecting the Town with the rest of the GTA.

“We informally refer to ourselves as the western gateway to the GTA. Half of Milton is in the Greenbelt and the Niagara Escarpment Plan Area. Our urban area is up against that escarpment wall to the west,” Mann says.

During the past 15 years Milton has been so incredibly successful because of an ability to manage its economic and residential bases in parallel; it’s by no means just a bedroom community. There is a vibrant and growing business base, which makes it an ideal choice to both live and work. In addition to l small business owners a number of national and multi-national corporations have inquired about Milton as a place to conduct business, and some have set up very successful operations.

“One of the examples we point to – even though their business model wasn’t geared to the Canadian market – was the Target warehouse, which was 1.4 million square feet,” Mann says. “Mayor Gordon Krantz always likes to give that example because he mentions how they came to us.”

The fundamental issue in being awarded the Target warehouse was based on the elapsed time between the land purchase and being able to open the doors for business. Target executives envisioned a period of three years, but thought such a timeframe would be quite aggressive based on discussions they had with other Ontario municipalities that were also vying to acquire the enterprise opportunity.

“We worked cooperatively with them and through concurrent processing and building permits they were able to open the doors in 18 months,” Mann proudly states.

Of note is that Mayor Krantz became Ontario’s longest serving active mayor after Mississauga’s Hazel McCallion opted to retire and not seek re-election in 2014 following 36 years in office. Krantz can take the all-time title from McCallion in December, 2016. He was first elected to Town Council in 1965.

The key to success includes a variety of factors such as technology utilization, financial wherewithal, marketing consistency, strategic locations, a willingness to expand horizons and, last but not least excellent employees. This is a community that recognizes it needs to control its own destiny by embracing solid development that is always well-financed and well-managed.

“All of our policies are geared to encouraging, expediting and facilitating new development,” Mann says.

Building Blocks for the Future

The Town’s Innovation Centre has been extremely successful and a number of start-ups have been launched after being a part of it. From a business development aspect the Innovation Centre will help in attracting a knowledge-based community. The last census revealed more than 65% of the adult community has a post-secondary degree, which even took Mann by surprise. Mann believes the Innovation Centre is one of the first pieces of the puzzle to attracting a larger Milton Education Village being a university and college campus. Wilfrid Laurier University in nearby Waterloo is looking to expand and build a Milton campus but approval must still be obtained from the Province of Ontario. It’s the hope of the Town that the project will receive final provincial approval by late spring of 2016.
“We have an absolute vision for the university campus,” Mann confirms. “The Milton Education Village is 400 acres and the campus itself would be 150 acres with upwards of 15,000 students.”

Through all the impressive development, consistent, strong cooperation between public and private enterprise in Milton serves to greatly assist in the economic development of all sectors.

“During the 22 years I’ve been here we’ve embraced the concept of developing partnerships. Without the private sector contributing not only from a physical land use point of view but financially, we wouldn’t be where we are,” Mann candidly states. “It’s important to always be fair and consistent.”

Businesses looking to expand or relocate are most often concerned about geographic location and by extension the price of the land to either purchase or lease. A competitive corporate tax rate is always one of the main selling points and is something that Mayor Krantz often likes to tout.

“We have the lowest tax rate across the board from a residential and industrial perspective outside of Toronto proper in the GTA,” Mann reveals.

When Mann began working with the Town there were a lot of coordinated focus groups and public consultations and from those meetings they were told by industrial developers that Milton didn’t have the range of housing to attract the employee. Since then there has been a concerted effort to provide a variety and full range of housing to attract blue collar and white collar workers.

The growth pattern in Milton can be identified in a variety of geographic quadrants now that it’s in Phase Three of a major residential development while moving into the second industrial corporate park. However, the heart of Milton remains the downtown area. Despite tremendous advanced development there is a strong desire to maintain that small-town character and appeal, which Mann maintains is done by conserving, preserving and applying adaptive re-use of historical buildings while continuing with new development around it.

“We’ve maintained the downtown business area as our central focus,” Mann confirms. “We have an historical area that really is quite beautiful with the Niagara Escarpment in the background.”

Milton, originally being a mill town and farming community settled in the 1830s predominantly by Scottish, English and Irish immigrants, still boasts a considerable amount of that heritage all these decades later.

“We have one of the nicest downtown markets and close off the Main Street on Saturday mornings during the summer right on through to Thanksgiving,” Mann proudly says. “We also have what we call the ‘Steam Era’. It’s quite popular with the young kids who come to the Central Fairgrounds to watch all the steam engines that are still maintained by the older farmers. We’re trying to maintain that small-town atmosphere.”

As an extension of the historic downtown Mann says tourism is a big factor. The philosophy is that the Town wants to provide a complete community and tourism plays an integral part in that. Since the recent Pan-Am Games there has been a noticeable upswing in road cycling after the building of the Velodrome, which hosted each of the track cycling events. The wonderfully beautiful Bruce Trail on the Niagara Escarpment and numerous conservation areas attracts many nature lovers from near and far.

Another popular attraction is Mohawk Raceway. What isn’t commonly known is that Milton has one of the largest equine industries in the country, nestled in the rural area above the Niagara escarpment. It’s there to serve the Standardbreds at Mohawk but it really is an industry unto itself not only from a training point of view but from veterinary and animal husbandry points of view.

Mann is also excited about the potential of Mohawk Raceway as far as it being part of the Woodbine Entertainment Group. Through the Ontario Lottery and Gaming Commission a number of modernization plans are making their way through a proposal call in an effort to attract a major third-party operator not only for Mohawk but also for Woodbine in Toronto and other racetracks across Ontario. Given the situation in Toronto with the ‘no’ casino vote, Milton is now fielding numerous inquiries from major operators in the U.S. such as the MGM Grand and Trump looking to bid on Mohawk because it has more than 400 acres of development potential.

Community growth is essential to ensure future prosperity but there is no denying it takes a lot of hard work. From an economic development standpoint, Mann would love to see a perfect balance between residential and non-residential growth.

“In 1994 one thing that I did to provide comfort to our Town Council was develop a set of what we call First Principles of Growth and the very first principle of growth is to have one employment opportunity for every two residents,” he explains. “Right now we have a .65 ratio and with residential growth we can’t go below .5.”

“We’re a financially-viable, well-managed community and believe that we’re on the cutting edge of good development while at the same time being the GTA’s best kept secret,” Mann concludes.

The success and prosperity now being realized in Milton isn’t going to be a secret much longer. 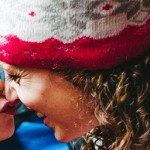