VIEW BROCHURE
Activity is booming on Broadway and beyond

Located in the heart of Dufferin County in south-central Ontario about 50km northwest of Toronto, the Town of Orangeville has many rich cultural and historical treasures that would be the envy of anyone who visits the wonderfully majestic community.

With a population just north of 30,000, Orangeville is widely recognized as the commercial hub for Dufferin County and surrounding areas. The historical downtown core is lined with resplendent buildings, outdoor patio cafes and a picturesque rolling landscape that gives it a very distinct personality. The main thoroughfare is Broadway Street, where you will find Town Hall and a number of quaint retail and service shops and the financial district, with several large banks all conveniently situated within several blocks. The Town Hall building at 87 Broadway Street is home to the Orangeville Theatre, which hosts plays and concerts on a regular basis throughout the year.

The municipal government consists of Mayor Jeremy D. Williams and five councillors in addition to the Town’s staff. There are many tourism attractions that make Orangeville a beautiful place to visit including numerous scenic trails for hiking, canoeing or kayaking on the water at Island Lake Conservation Area or from aboard the Credit Valley Explorer Tour Train, which travels along a rail route established more than 130 years ago. There is also a wonderful gallery exhibit in what can best be described as a thriving local arts community. There is also an excellent selection of charming stores and boutiques in the historic downtown section. After all that exploring there are a number of fine restaurants to select from to satisfy your appetite.

Orangeville is home to a number of annual festivals and events including the always popular Blues and Jazz Festival held in June, which has the honour of being one of the “Top 100 Festivals or Events” in Ontario. Other favourites include Christmas in the Park, the Orangeville Fall Fair and The Farmers’ Market.

Brampton, Mississauga and Toronto are all large cities within an hour’s driving range. Orangeville Transit is the town’s own public transit system, and there is a commuter GO Transit bus service to Brampton for those who commute to work.

There are currently 11 public and separate elementary schools in Orangeville and several private schools along with two secondary schools. Sports and recreation is also a big component of the Town with numerous activities, leagues and events happening all year round. In addition to five beautifully landscaped golf courses many people enjoy Mono Cliffs Provincial Park and Island Lake Conservation Area. The Orangeville Flyers are a very popular attraction for local citizens who like their hockey. The team plays in the highly-competitive Tier II Ontario Junior Hockey League (OJHL) against many other towns and cities from across the province.

This past July a strategic plan was set out to identify priorities for the municipality and it was approved by Town Council. The fundamental aim is to provide a guideline for the responsible use of resources, ensure effective and efficient municipal service delivery and to be accountable to citizens and stakeholders. Certain recommendations will require comprehensive staff planning and budgetary considerations to be voted on by Council. The clear message to the public is that Orangeville is an inclusive community that respects its heritage, natural environment and small-town appeal while recognizing the need for economic growth fostered by a confident progressive innovative approach.

Orangeville is also launching a Canada 150 legacy art program, thanks to funding support from the County of Dufferin. The Canada 150 Wall will be a community art project in the form of a large-scale mural that celebrates Canadian and local themes. Members of the community are invited to participate in the program by submitting artwork of their favourite visual medium, with 50 selected pieces being showcased on aluminum panels on the lobby wall at the Alder Recreation Centre. The deadline for submissions is October 20.

If you’re in search of a little piece of paradise, whether it’s just a temporary exit from the stress of daily urban life or you are looking for a great place to live and work, then Orangeville could be that place. 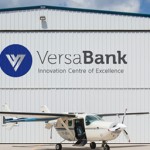 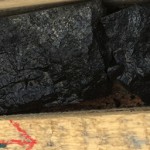