Home | Business in Action | February 11 | The Municipality of Banff

The Municipality of Banff 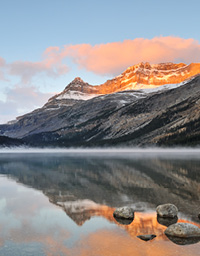 A hot spot from its earliest days, the municipality of Banff, Alberta was originally formed around a series of natural hot springs that workers on the Canadian Pacific Railway could visit on their days off, quickly becoming a bonified international resort and spa as early as the late 19th century. Named in 1884 by the acting president of the Canadian Pacific Railway after Banffshire, the president’s Scottish birthplace, Banff of today is one of the world’s greatest resort destinations. The hot springs are one of many natural treasures—the Canadian Rockies being one of the most beautiful backdrops to any town, anywhere—that attracts hundreds of thousands of tourists from all areas of the globe year round.

From a municipality point of view, Banff has unique commercial perimeters due to its designation as a town within a National Park and a United Nations World Heritage Site. Mayor Karen Sorensen works diligently with these multiple levels of government and regulatory bodies, ensuring that the town of Banff, despite its small size (all 4.5 square kilometres of it ), means big business on a national stage.

“Banff exists as a service centre for visitors, and that’s why we were— for lack of a better word—allowed to have a town in a national park, a very exclusive and distinct honour. It works to our advantage because it does provide a unique community.”

The unique community is advantageous for the country as well. Banff contributes an estimated $1 million a day to federal and provincial governments in tax revenues.

That the shops, restaurants and hotels are always filled with visitors who are there to ski, mountain bike, take in the scenery or shop the luxury stores, belie the fact that Banff’s permanent residency hovers around a minimal 8,000, with another 1,500 making up what is known as the shadow population. This isn’t counting the town’s four-legged residents, including elk and long-horned sheep which make regular appearances on the outskirts of Banff Avenue.

Banff’s prosperity overflows into the province at large, generating value-added expenditures of over $1.24 billion province-wide.

“Including our visitors, Banff can service upwards of 40,000 people on a day-to-day basis,” says Sorensen.  And it regularly does: The town of Banff works consistently and positively with Parks Canada and with marketing arm Banff Lake Louise tourism to invite and welcome tourists to the town. “Their job is to put ‘heads in beds and bums in seats’, and that is what we aspire to,” continues Sorensen. “Tourism is our only industry in Banff and we depend on it greatly. We are fortunate to have a very proactive strong tourism marketing arm. We continue to work with Parks Canada with them to provide unique visitor and resident experience.”

Banff’s reputation as a global prestigious destination makes it a popular conference and work destination for companies looking to have large gatherings or intimate symposiums, educational, recreational, or a combination.  From board of director meetings, intimate team building events to full-company-wide conferences, Banff is equipped to handle it all. Banff invites and works very hard to promote conference business to the destination both provincially, nationally, and internationally and offer several facilities that cater to any market.

“There are a number of properties that cater to conference, obviously not the least of which is the Fairmont Banff springs hotel,” says Sorensen, citing the iconic and luxurious national treasure whose architecture is rivalled in beauty only by the surrounding Rockies. There is also the Rimrock Resort Hotel, Banff Centre and Banff Park Lodge which play host to businesses year round, even during an otherwise rocky time for the tourism industry at large. Visitors to Banff are not only offered to world-class amenities, but the some of the best ski resorts in the winter, rated consistently by ski magazines as some of the best scenery and hills in North America.

When asked where Banff ranks among Canada’s destinations, Sorensen answers that Banff ranks very high on the world stage. She notes that a number of worldwide organizations that are very interested in coming to Banff for the purpose to meet, to educate and enjoy themselves in a resort destination.

“Tourism numbers are up and revenue is showing recovery,” she continues. “We are very hopeful that in the next 18 months that we see more business of all types here in the Canadian Rockies.”

Protected by park laws, Banff is reaching build-out, meaning that development will be capped. In the case of this municipality, capped expansion is a good thing, as it preserves the community’s special atmosphere and identity. Sorensen and the town council continue to manage commercial growth, currently looking at land use bylaws for continued diversity and change to keep the business economy vibrant. Canada’s highest town at an elevation of 1,383 metres, Banff is on top of its game.  CB 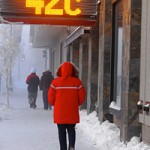 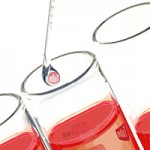