A millwright by trade, Russ Straus remains at the helm as president overseeing day-to-day operations. Prior to Trade-Mark he owned a smaller contracting company between 1985 and 1995 in the hamlet of St. Agatha, Ontario, just west of Kitchener. Following a decade in business the company was sold to Sutherland-Schultz Ltd. As part of the transaction Straus agreed to remain on as a manager for two years but the entrepreneurial spirit continued to burn inside, and so he made the decision to once again venture out on his own with the launch of Trade-Mark.

Russ Straus now has each of his five children working alongside him in senior management positions, including son Dan Straus who is Vice President, Finance. The Canadian Business Journal recently spoke with Dan about Trade-Mark Industrial Inc.’s tremendous success and continuous growth.

“He (Russ) started the company with key three employees and it’s grown from there,” Straus begins. “My three brothers are all tradespeople; two are millwrights, like my dad, and one is an electrician. My sister does a lot of the administration work along with my mom.”

Trade-Mark had been operating out of Kitchener since its inception in 1998 but moved into a much larger 365,000 square-foot facility in Cambridge about a year and a half ago. In the beginning the company had a single building and occupied about one-third of it while renting out the other two thirds. But as the business grew there was not only a need to occupy that entire building but also to acquire neighbouring properties in order to accommodate the explosive corporate growth. By early 2014, Trade-Mark had expanded to six different properties operating out of five different buildings in Kitchener and again was bursting at the seams when yet another neighbouring building came up for sale.

“We were looking at the small neighbouring property and it was my brother who asked ‘does it make sense anymore? ‘Do we continue to do this or do we move into a larger facility that can accommodate all of our service offerings and groups under one roof? We started casually looking for places and it all came together in June, 2014. It was late fall in the 2014 when we moved in after doing some fairly extensive renovations,” Straus says.

The sheet metal shop, mechanics’ bay and warehouse capabilities are examples of some of the areas that required more expansive workspaces, which the new building is able to accommodate. There is also the benefit of being able to store more equipment in a large building, which reduces maintenance and storage costs.

As a union contractor the number of employees working for Trade-Mark can fluctuate but as of now it’s between 650 and 700 people across five different companies. Core services include: millwrighting and rigging, piping and mechanical, electrical, sheet metal and HVAC, building services, custom machining, electric motor-shop and pump sales and service and specialized transportation. The company also rents out its own equipment to a variety of contractors who are unable to afford outright purchasing themselves.

“Our biggest success has been reaction and control of the process for our customers,” Straus says. “Oftentimes what we do, as we grow, is we find areas where we’re using a lot of sub-contractors and then that will be an area of growth for us in the future.”

While Trade-Mark has forged a strong presence in industrial, commercial and institutional, it is still the industrial sector that by far leads the way in terms of work projects.

“I would say 80% of our work for Trade-Mark is industrial and about 75% of our overall work is done within two hours of Cambridge,” Straus says. That expansive geographic region represents a huge catchment area where millions of people work and live including the Greater Toronto-Hamilton Area, London and Guelph.

Trade-Mark holds health and safety practices to the highest degree, which is crucial for this type of industry. Straus emphasizes that bona fide safety protocol begins with senior management, and as such the top-down mentality cultivates uniformity among employees at all levels and is at the forefront of daily operations.

“Safety is definitely as important as anything else in our company,” Straus emphasizes. “We have three full-time dedicated safety people who manage our program and it’s one that is constantly evolving. We’re going through an audit for our COR (certificate of recognition). It’s a Canadian standard where they come and test your safety policies much like an ISO, but for safety.”

A COR validates that the employer’s Health and Safety Management System has been evaluated by a certified auditor and meets provincial standards, the result of which is a proactive workplace health and safety culture while reducing risks and costs associated with accidents while improving overall efficiencies. Straus says he hopes Trade-Mark will be fully certified by this coming fall.

In addition to the company’s own employees working safely, it is imperative for each and every Trade-Mark sub-contractor to be in tune with all the necessary safety rules and regulations.

“Part of our sub-contractor pre-qualification is to make sure they are oriented on all of our safety requirements,” Straus says. “You always have sub-contractors that will provide a job well-done and you build strong relationships. In our business it’s not necessarily always about price. Just as important is the quality and how quickly and how safely you can get the job done.”

Firmly entrenched as the leader in multi-trade contracting services in southwestern Ontario, Trade-Mark also has a notable presence in the U.S. with locations in four states: Kentucky, Indiana, Texas and Mississippi. Trade-Mark has a fully equipped structural fabrication shop, a sheet metal fabrication shop and a pipe fabrication shop here in Canada so if a major project arises in the U.S., the company will often ship prefabricated items for installations.

Pursuit of expansion into the U.S. has not been a core aspiration the company has actively sought out, but rather it has always been much more customer driven according to Straus. “We do a lot of work for Toyota here in Canada and their capital projects group liked working with us so they would often ask if we were interested in going to the U.S. In 2009 there was a big job in Texas and ever since then we’ve been working back and forth with them in those four different states.”

Trade-Mark often does a lot of work with Canadian General Tower, another business located in Cambridge. As producers of vinyl for pool liners they are in the process of opening a brand new plant in Texas, which happens to be within a relatively close distance to Trade-Mark’s office in the Lone Star state.

“We just recently landed the installation of all the process equipment for that plant,” Straus says.

Meanwhile back here in Canada, one of the more recent expansion manoeuvres orchestrated by Trade-Mark was the addition of ROC Corp., which focuses on mobile cranes for long reach and heavy load projects. In a short period of time ROC has become known throughout southwestern Ontario for its well-trained customer service and safety-focused personnel, including crane operators, enhancing its reputation as an emerging leader in the craning industry.

“What we found is that we’re often renting mobile cranes on jobsites and when you’re dealing with sub-contractors you really can’t control the process as well as you can when it’s done in-house. ROC is a new company that we started last year and we’re seeing some huge growth there as well,” Straus says.

Senior management at Trade-Mark believes in sustainable expansion, which involves progressing with a thoroughly intelligent, cautious and steady approach. Straus says his father has never been a believer in the top line, but rather is a big believer in the bottom line and maintaining success and profitability. It’s about seeking out sustainable ventures for a solid, long-term commitment as opposed to merely executing a job to add to the top line.

A key element to success has been a conscious effort to structure Trade-Mark in such a way that it is always customer centric. The objective is to complete each project with excellent quality and in a timely fashion. In order to follow-through on that business plan Trade-mark internalizes as many product offerings as it can in order to be self-reliant and not have to depend on a third party’s timetable. The company buys all its own equipment, primarily because Russ Straus has never liked the restrictions that inevitably arise when renting. Trade-Mark has everything from heavy rigging forklifts down to ladders at its disposal. In fact, it there are 20 full-time people working in the tool crib, which has more equipment than most rental companies. That type of unfettered independence is critical to providing the best possible service to customers.

“We’re a true, multi-trade self-performing contractor. If we need equipment at 2 o’clock in the morning we have control over what we get and when we get it, which then allows us to get the customer up and running as quickly as possible,” Straus says.
TM3

Another flourishing company owned by Trade-Mark that is deep-rooted with business potential is TM3, a fully-qualified traffic signal and street lighting contractor offering 24/7 service. Launched in 2013, it’s already taken on a sizable portion of the projects.

“We’re doing anything electrical relating to highways and roads. Over the last three years it’s been our biggest growth area. It’s basically applying the Trade-Mark formula to this new industry we’re in and it’s been a big success,” Straus says.

Among some of the work being carried out by TM3 includes a major LED retrofit program working alongside RealTerm Energy, a company that provides proposals to cities to retrofit street lights from incandescent to LED. When a deal is signed, RealTerm hires TM3 for the professional installation, the result of which is a trouble-free, turnkey solution for municipalities. Barrie, Owen Sound, Kincardine and London are examples of communities throughout Ontario where TM3 has executed such innovative installation enhancements.

Straus says there is an enormous amount of potential work in Ontario but the company has taken on projects in Manitoba and even further west upon request. TM3 also has a substantive contract with Toronto Hydro with the task of deploying street light maintenance services in Canada’s largest city.

The future at Trade-Mark surely looks bright as it expands its foothold as a pioneering leader in the industrial multi-trade market. Straus says there is every reason to believe continued, sustainable growth activity is in the offing.

“Over the last four years we’ve had more than 20% growth each year,” he says. “We don’t want to change much in terms of the way we operate or how we approach business and growth so a lot of that growth will likely be organic. Some of the new companies we have will become leaders in those industries as well.” 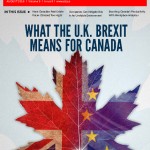 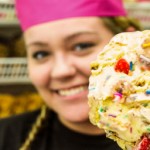