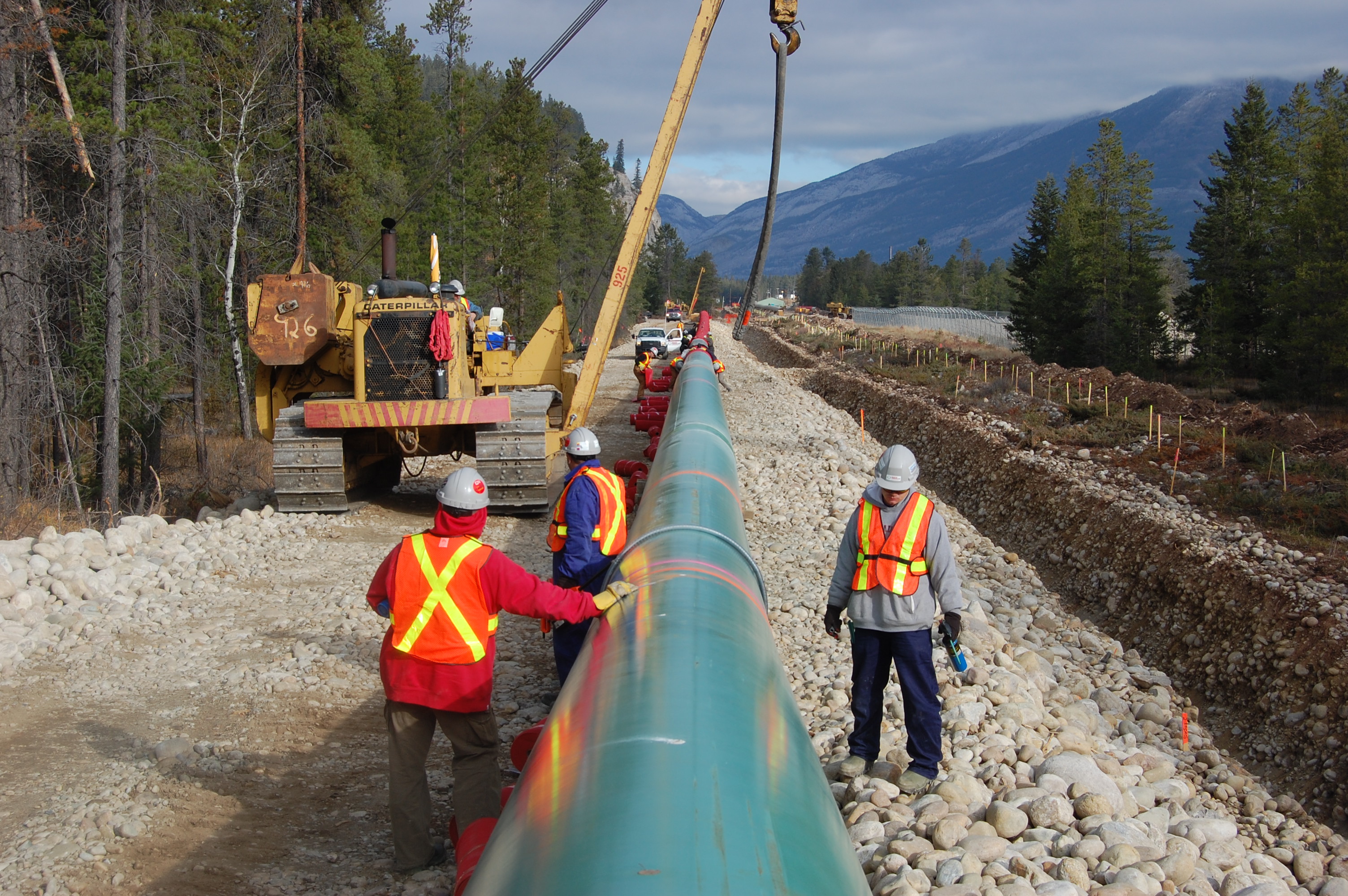 CALGARY, AB – September 6, 2017 – Kinder Morgan Canada Limited (TSX:KML) is pleased to announce that Trans Mountain has selected or signed memorandums of understanding with six contractors with experience delivering pipeline and major infrastructure projects in British Columbia and Alberta, in anticipation of planned construction activities in September 2017. The pipeline construction and associated terminal expansions are expected to take approximately 28 months to complete, with the work distributed among several spreads, or sections, along the route between Edmonton, Alberta and Burnaby, BC.

The contractors will directly hire the individuals and sub-contractors needed for each contract and scope of work. This will include union, non-union and Aboriginal workers and will be in accordance with Trans Mountain’s commitment to maximize employment opportunities for Aboriginal, local and regional communities. As part of its negotiated commitment with the BC Government, Trans Mountain has committed to a “British Columbians first” policy for hiring and contracting work within BC, giving the first opportunity to qualified and competitive BC companies.

“Getting the construction contractors on board represents a significant milestone for Trans Mountain and demonstrates our commitment to delivering the Project in a timely, cost-effective manner,” says Ian Anderson, President of Kinder Morgan Canada Limited. “We’re pleased with the caliber and experience of the contractors. Each contractor was chosen for its expertise in delivering quality work and the individual needs and complexities of each portion of the Project.”

The following is a list of contractors that have been selected or signed MOUs, in anticipation of executing final definitive agreements with each contractor:

Spread 5A: BC Interior

“We value and take great pride in the relationships we’ve built with communities as we’ve developed the Project and through our almost 65 years of operations,” added Anderson. “Trans Mountain will work collaboratively with these companies to partner on public engagement activities, address concerns and incorporate feedback throughout the construction process.”

Over the course of developing the Project, Trans Mountain has engaged with landowners, neighbours, Aboriginal communities and other stakeholders. Their input and feedback has been considered and incorporated widely into the Project and engagement will continue through the construction and post-construction phases.

The $7.4 billion expansion project will result in direct and lasting economic benefits to Canada and communities along the pipeline corridor. Overall, the Conference Board of Canada estimates the Project will generate $46.7 billion in government revenues and 802,000 person years of employment, the equivalent of 37,000 jobs each year, over more than 20 years.

Trans Mountain continues to proceed with Project planning, permitting, engagement and design required to meet NEB and BC Government Conditions and necessary local permitting. Construction activity is expected to begin in September 2017, with the pipeline expected to be in operation at the end of 2019.

In November 2016, the Government of Canada approved Kinder Morgan Canada’s plan to expand the existing Trans Mountain Pipeline system – between Edmonton, Alberta and Burnaby, British Columbia. The Project is subject to 157 Conditions from the National Energy Board that covers the life span of the Project, and 37 Conditions attached to the Environmental Certificate received from the Government of British Columbia in January 2017. For almost 65 years, the 1,150-km Trans Mountain pipeline system has been safely and efficiently providing the only West Coast access for Canadian oil products, including about 90 per cent of the gasoline supplied to the interior and south coast of British Columbia. For more information, please visit www.transmountain.com

Forward-looking statements are not guarantees of future performance. They involve risks, uncertainties and assumptions. Any forward-looking statements provided in this news release have been included for the purpose of providing information relating to management’s current expectations and plans for the future, are based on a number of significant assumptions and may not be appropriate, and should not be used, for any other purpose. Future actions, conditions or events may differ materially from those expressed in forward-looking statements. Many of the factors that will determine these results, are beyond the ability of the Company to control or predict. As noted above, the forward-looking statements included in this news release are based on a number of material assumptions including among others those highlighted, or inherent in the factors highlighted below. Among other things, specific factors that could cause actual results to differ from those indicated in the forward-looking statements provided in this news release include, without limitation: issues, delays or stoppages associated with major expansion projects, including the Trans Mountain Expansion project and the Base Line Terminal project; changes in public opinion, public opposition, the resolution of issues relating to the concerns of individuals, special interest or Aboriginal groups, governmental organizations, non-governmental organizations and other third parties that may result in higher project or operating costs, project delays or even project cancellations; significant unanticipated cost overruns or required capital expenditures; the breakdown or failure of equipment, pipelines and facilities, releases or spills, operational disruptions or service interruptions; the abi lity of the Company and/or the Business to access sufficient external sources of financing, and the cost of such financing; changes in governmental support and the regulatory environment. In addition, the intended use of the net proceeds of the offering by the Company may change if the Board of Directors of the Company determines that it would be in the best interests of the Company to deploy the proceeds for some other purpose. Certain other risks detailed from time to time in the Company’s public disclosure documents could also cause material variances in the forward looking statements and forward looking information set forth herein, including, among other things, those detailed under the heading “Risk Factors” in the Company’s short form base shelf prospectus dated July 28, 2017, and under the heading “Risk Factors” in the Company’s final long form prospectus dated May 25, 2017, both of which can be found under the Company’s profile on SEDAR at www.sedar.com.

Accordingly, readers are cautioned that events or circumstances could cause results to differ materially from those predicted, forecasted or projected. Such forward-looking statements are expressly qualified by the above statements. The Company does not undertake any obligation to publicly update or revise any forward-looking statements or information contained herein, except as required by applicable laws.