Since 2017, Mr. Limbacher has been the chief executive officer of Meridian Energy LLC, a Houston-based energy advisory firm.

“We are pleased to welcome Mr. Limbacher as our newest director,” said Siim Vanaselja, chair of TransCanada’s board of directors. “Mr. Limbacher’s extensive experience in the oil and gas industry, along with his leadership skills and strategic planning expertise will be a valuable addition to our board.  We look forward to working with Mr. Limbacher over the coming years.” 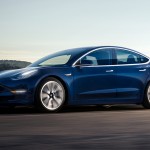